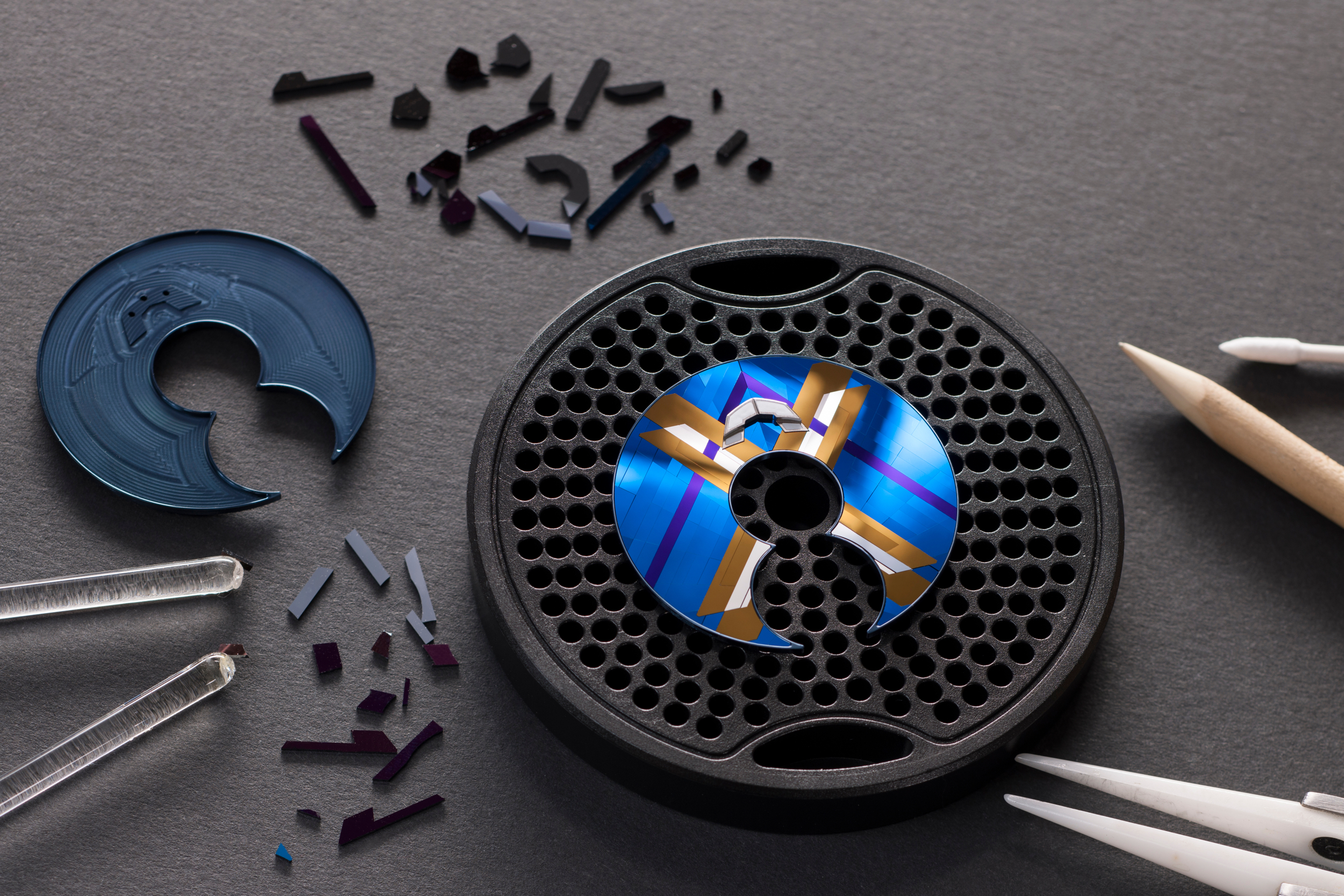 Marquetry is “inlaid work made from small pieces of variously colored wood or other materials, used chiefly for the decoration of furniture,” according to the dictionary entry from Google search. By definition, marquetry is made with wood, so using silicon (silicium) is not necessarily the same thing. Nevertheless, the assembling of thin pieces of wood or silicon results in a similar mosaic. Ulysse Nardin is a pioneer at using silicon in watchmaking, dating back to 2001, so this was likely a natural choice when they decided to make a marquetry dial from a material other than natural wood.

The Freak X Marquetry timepiece is presented in a 43 mm diameter titanium case that has a sapphire caseback and PVD blue crown and bezel. Differing from the Freak Vision collection, the Freak X has a standard crown from setting and winding the watch.

Driving the time display is automatic caliber UN-230 with a superlight, extra-wide 3Hz silicon balance wheel, nickel flyweights, and stabilizing micro-blades. The movement is a flying carrousel, turning on itself once every hour. The central bridge acts as the minute hand and one of the wheels displays the hour. The power reserve is 72-hours. Visible through the caseback, is the matt blue mainplate, which was created using a silicon coating.

Using marquetry techniques in the context of silicon (silicium) results in reflections of light from the dial unlike anything previously offered.

Each Freak X Marquetry (Ref. 2303-270LE/03-MARQ-BQ) is paired with a blue alligator leather strap with a titanium buckle. Water resistance is rated down to 50 meters. This boutique-only edition is limited to 30 pieces and retails for $31,000.