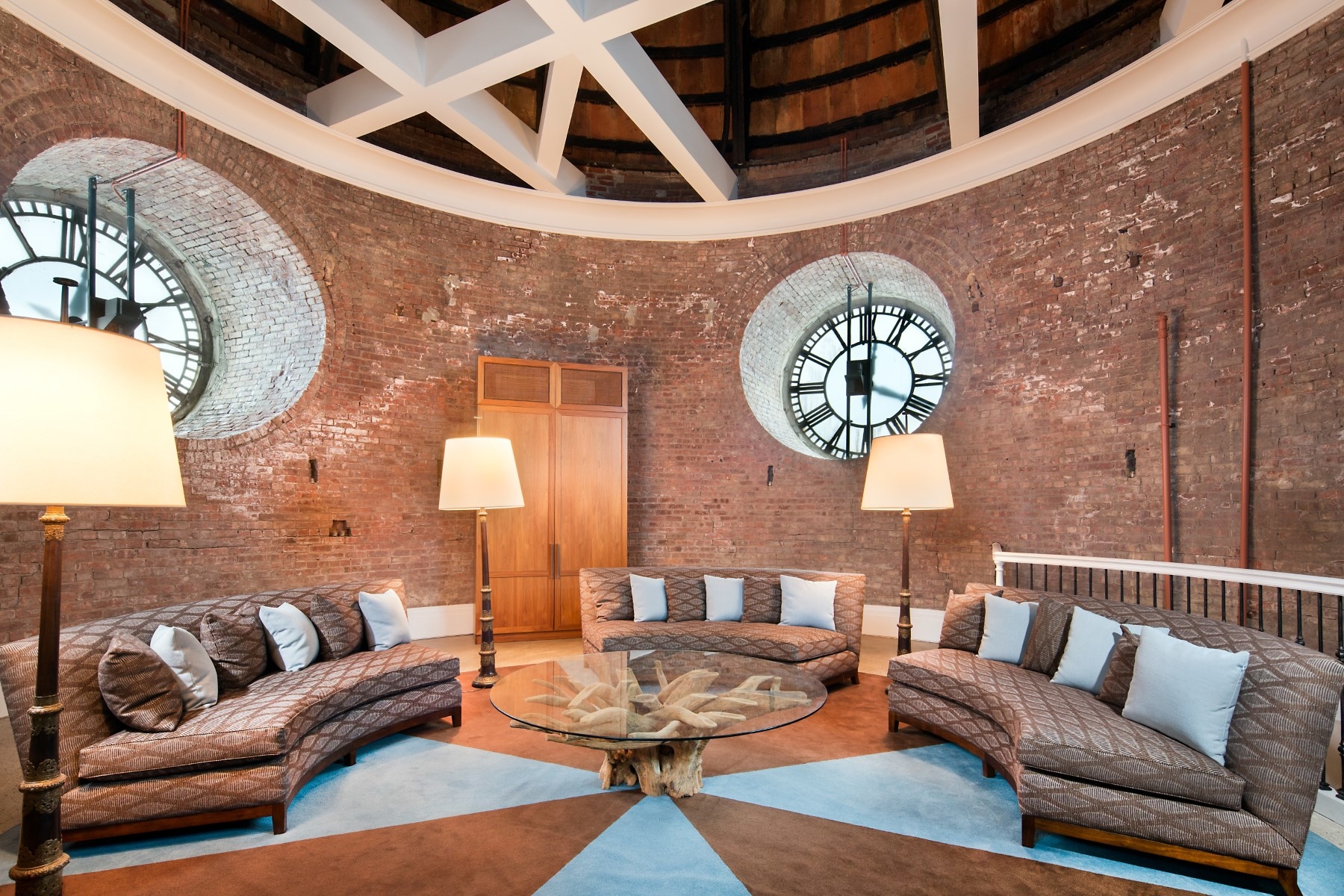 The NYC Penthouse with a Secret Clock Tower Room

Anyone who appreciates fine watches, and the meticulous detail that goes into them, is also likely to appreciate the architectural design and craftsmanship that goes into a creating a New York City penthouse. Especially this one.

Located in the historic Police Building at 240 Centre Street in Nolita, this newly remodeled 4-story apartment has 5,500 square feet of living space and 1200 square feet of outdoor space, and is sure to satisfy even the most captious buyer.

Moreover, with a 32-foot circular living room, offering 360-degree city views, this apartment, which was previously owned by both Calvin Klein and Steffi Graf – has tons of appeal. The most appealing feature of all, though, has to be the secret “clock tower room,” one flight up.

Previously only accessible to the clock mechanics, the so-called clock tower room is now fully livable, and still has four huge working clocks, albeit electrically powered.

The list price is $35 million at Sotheby’s International Realty. For reference, here is where we first read about this story. You might also be interested in another Clock Tower Penthouse that we previously covered.