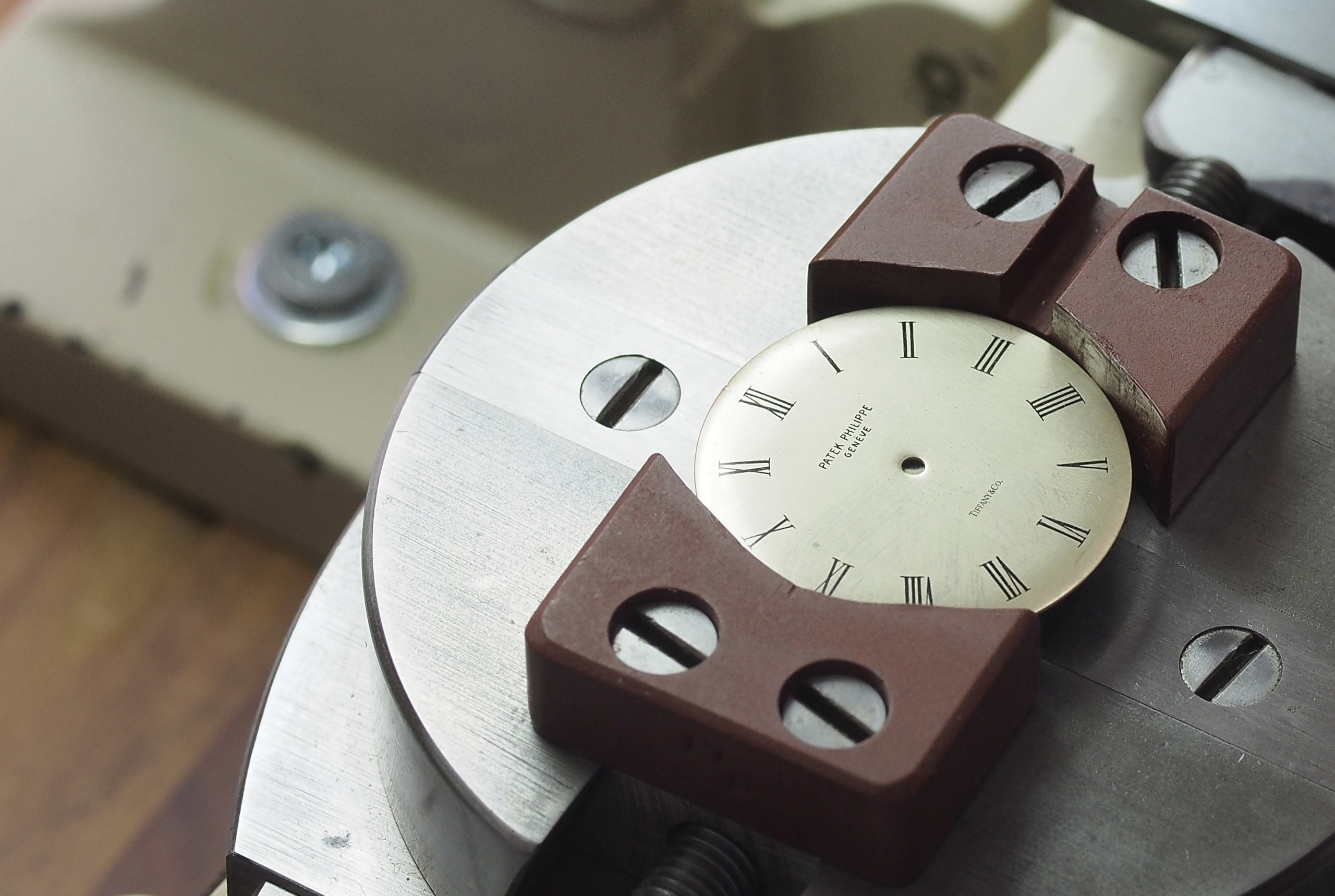 Today Tiffany & Co. (one of the most recognizable names in jewelry with 300 retail stores worldwide) and LVMH (the world’s largest luxury group which owns jewelry, spirits, watches, leather goods, and clothing brands) announced jointly that Tiffany had accepted a $16.2 billion takeover bid from LVMH, to be finalized in 2020, according to CNN.

The 182-year old Manhattan-based jeweler is a venerable American icon, known for its little teal blue boxes, typically filled with exquisite treasures such as rings, necklaces, earrings, and pendants. Less known is that Tiffany & Co. makes their own line of watches. Perhaps most interestingly – especially to watch collectors – is that Tiffany also sells Patek Philippe watches in their Fifth Avenue flagship, as well as at three other locations. The Patek Philippe watches sold in those four stores are actually stamped with the “Tiffany & Co.” logo (as seen above) at Patek’s fully-equipped watchmaking service facility at their Rockefeller Center headquarters.

Adding the highly coveted stamp does require the dial to be removed, and then to have the stamp expertly printed on the dial, using a manually operated press. It’s a lot harder than it looks. And there’s definitely time and cost involved. That said, the stamp does not add anything to the retail price of the watch. However, when reselling comes in to play the stamp typically adds considerable value compared to the non-stamped versions.

Will the Tiffany & Co. and Patek Philippe partnership continue once LVMH’s tentative takeover over is completed in 2020? And will LVMH fill the cases with their own watches?

Retail is in a major state of turmoil right now, with digital dominating growth, and more stores closing than opening in many sectors. But with Patek Philippe sales at the highest they’ve ever been and demand at levels so high that many of the company’s timepieces have years-long waiting lists, it would seem counterproductive to cut off a portion of the company’s business that’s clearly outperforming industry benchmarks, by a huge margin. However, if that did happen, the existing Patek Philippe authorized retailers (who all have long waiting lists) would presumably pick up any excess inventory, without hesitation.

Perhaps the ultimate question is not whether TAG Heuer, Hublot, Zenith, or  Bulgari will be sold at the 300 stores worldwide, or even if Patek Philippe will stay at the four flagships they’re currently available at. The ultimate question, from a watch-centric perspective, is whether LVMH will place the coveted “Tiffany & Co” stamp on their own watch dials?