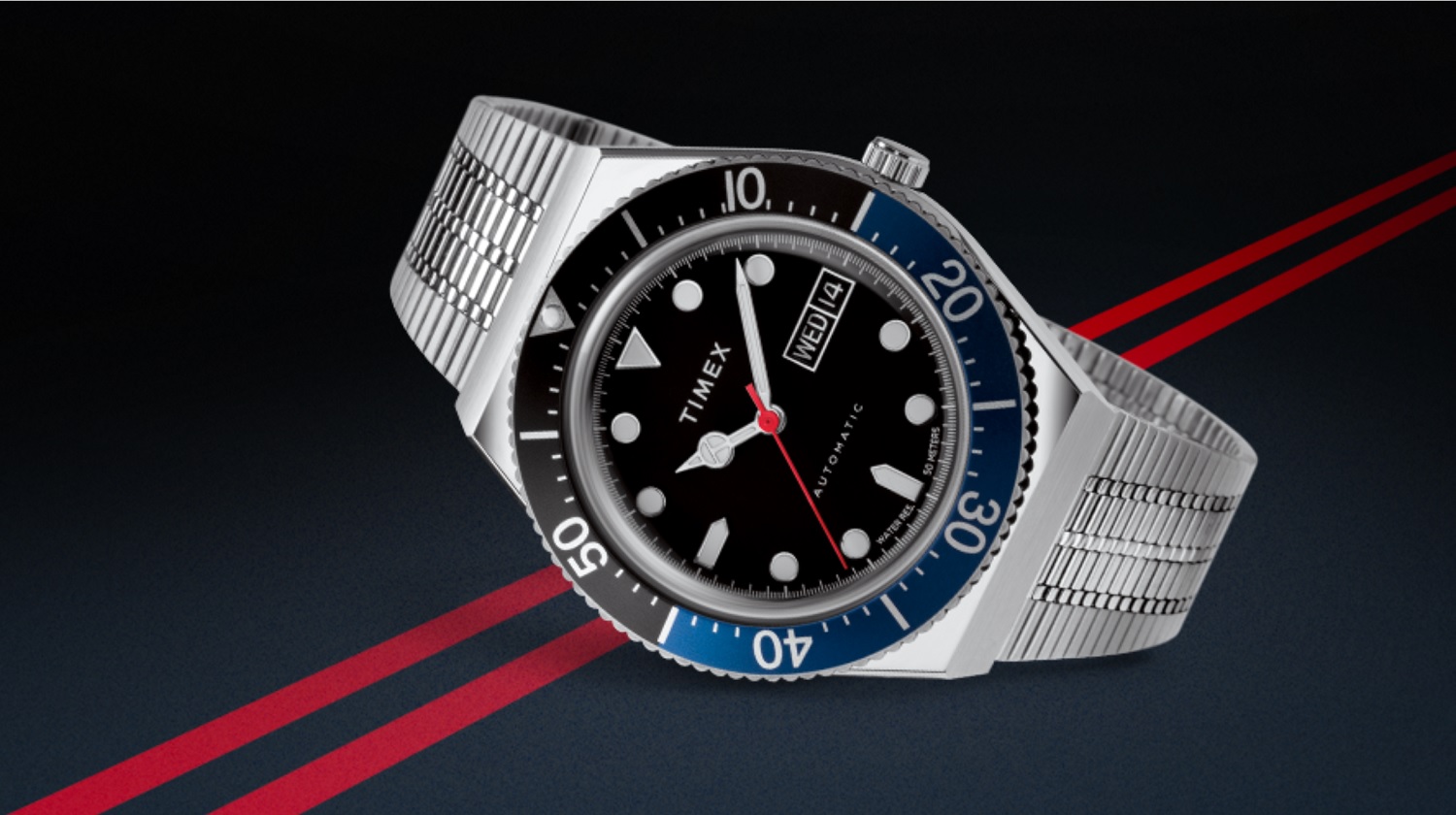 After seeing the success of the Q Timex Reissue in 2019 — which initially sold out — and was eventually restocked and is currently in their permanent catalog, Timex decided to make another similar watch.

This time it will be slightly larger at 40 mm steel case compared to 38 mm which is to accommodate an automatic Japanese mechanical movement. The previously released model has a smaller and thinner case because it’s powered by a smaller quartz movement.

The 2020 M79 Automatic forgoes the red and blue (Pepsi style bezel) this time and instead will come with a black and blue (Batman) bezel insert.

Interestingly, both have a color scheme that’s practically taken from the Rolex GMT-Master II line. Timex even shows a picture of the current Rolex GMT-Master II in the literature they sent PW when the Q Timex 1979 Reissue was released (you can see Rolex written on the flange).

Kind of an odd way of marketing to admit you’re basically copying the design elements of Rolex. Then again, they’re the king and everyone is always copying them. In this case, it seems to be paying off for Timex. And they do have the original Q to at least say they did those colors years ago, although even back in the late 1970s the same may have been true about the design considering the Rolex GMT-Master Pepsi bezel came out in the 1950s.

The watch will apparently be on sale in the near future and you can sign up to be notified although there’s no price yet.