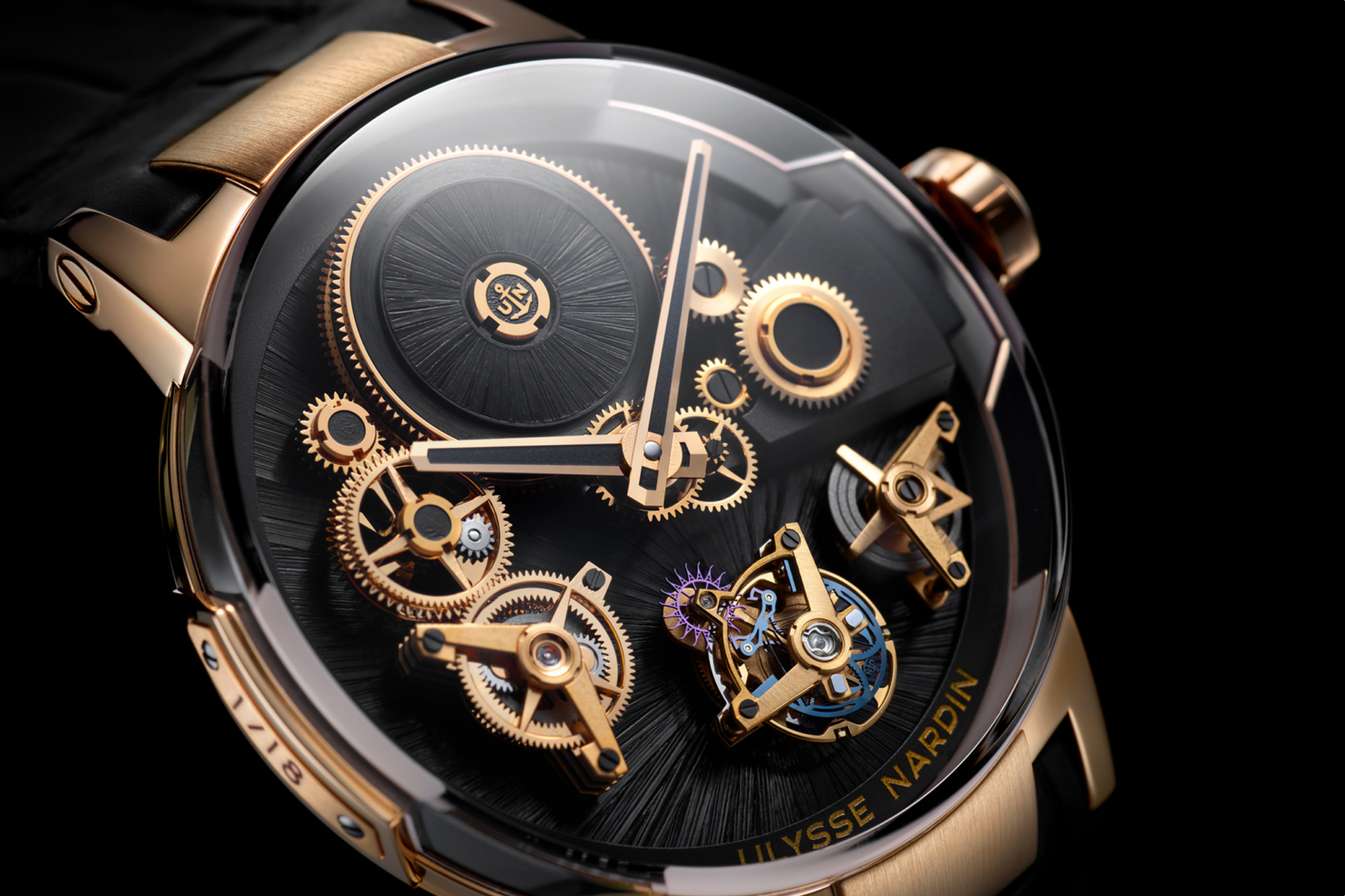 The Free Wheel comes with either an Osmium, Aventurine, Straw Marquetry, or Carbonium® Gold dial, with each variation limited to 18 numbered pieces (engraved on a plaque that is screwed to the left side of the case).

The dial is made from Osmium, which is the world’s heaviest metal, and also the rarest, densest, and most stable element, according to Ulysse Nardin. Presented in a white gold case, the dial features osmium crystals which sparkle like diamonds. “Osmium, atomic number 76 in the Periodic Table of The Elements, is a trace element found in alloys mostly in the platinum group and used by manufacturers when extreme hardness is required.”

A popular material among watchmakers that produces a glittering effect on the dial of a timepiece thanks to the mixture of translucent quartz with platy minerals the creates “aventurescence.”

Crafted from lightweight straw (veneer) instead of wood veneer, there is no pressure on the dial according to the manufacture. The face design uses shiny, black-dyed straw, with every stalk cut and prepared by specialized artisans, which takes incredible skill and know-how.

Carbonium® Gold is a fusion carbon filaments and gold particles within a thermosetting matrix. The material is twice as light as aluminum and as you can see looks quite striking in the sunburst pattern on the dial.

Each watch is presented in a 44 mm diameter precious metal case (water-resistant to 30 meters) and powered by Ulysse Nardin’s manually wound caliber UN-176 in-house Executive Free Wheel movement. As the name suggests, the components move independently of one another. In addition to the time, you can see the anchor flying tourbillon with constant escapement on the dial side, as well as the mainspring barrel at 12 o’clock, the power reserve indicator at 4 o’clock (7-day power reserve).