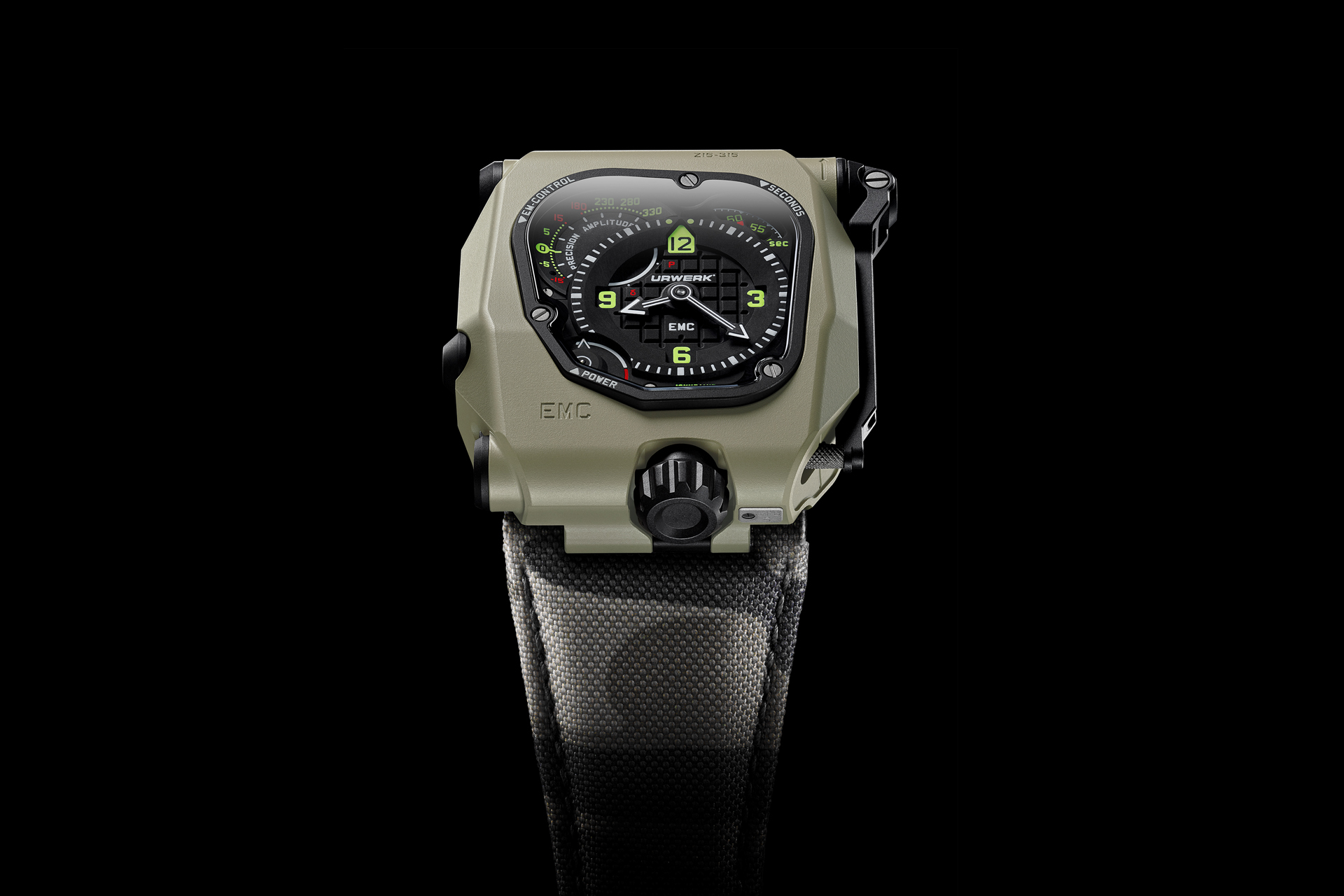 Urwerk introduced the EMC (or Electro-Mechanical Control) in 2013, which was the first mechanical watch in which the timing can be both monitored and adjusted by the user.

This month, Urwerk debuted a new variation called the EMC Time Hunter Desert Sage, presented in the EMC Time Hunter casing and with a new color scheme. The colorway looks like it was taken straight from a desert military vehicle such as an M1 Abrams, M60 Patton, or a Humvee.

Delivered in a 43 mm x 15.8 mm x 51 mm stainless steel case, the surface is finished with a ceramic lacquer-style coating, on top of the micro-bead-blasted steel, resulting in a highly scratch-resistant exterior. And with a sturdy caseback is made of hypo-allergenic grade 5 titanium.

The light-colored beige-green hue and luscious grainy matte texture create a luxurious yet utilitarian military-style appearance. The watch should be more than durable enough to hold up in a combat situation — although considering the six-figure price tag it will likely never be tested in such conditions.

The watch displays all the same info as past EMC models, but with the larger main time dial and redesigned layout, and is arguably better looking than the original EMC. Compared to the original EMC from 2013 or the subsequent black version introduced in 2014, the Time Hunter dial opening is less obstructed and perhaps most importantly, easier to read.

Located in the top left of the dial, the latest version of the EMC amplitude indicator is more legible, particularly because the ideal amplitude numbers are listed more logically than with the original EMC watch.

As with the original, the watch precision can be adjusted by turning the time screw on the back, which changes the active length of the spring. This allows the owner to adjust the rate — without the help of a watchmaker — for higher precision.

With this particular version, the military theme is continued with a matte black chequered grenade pattern in the center of the time display. And completing the combat theme of the watch is a camouflage canvas strap.