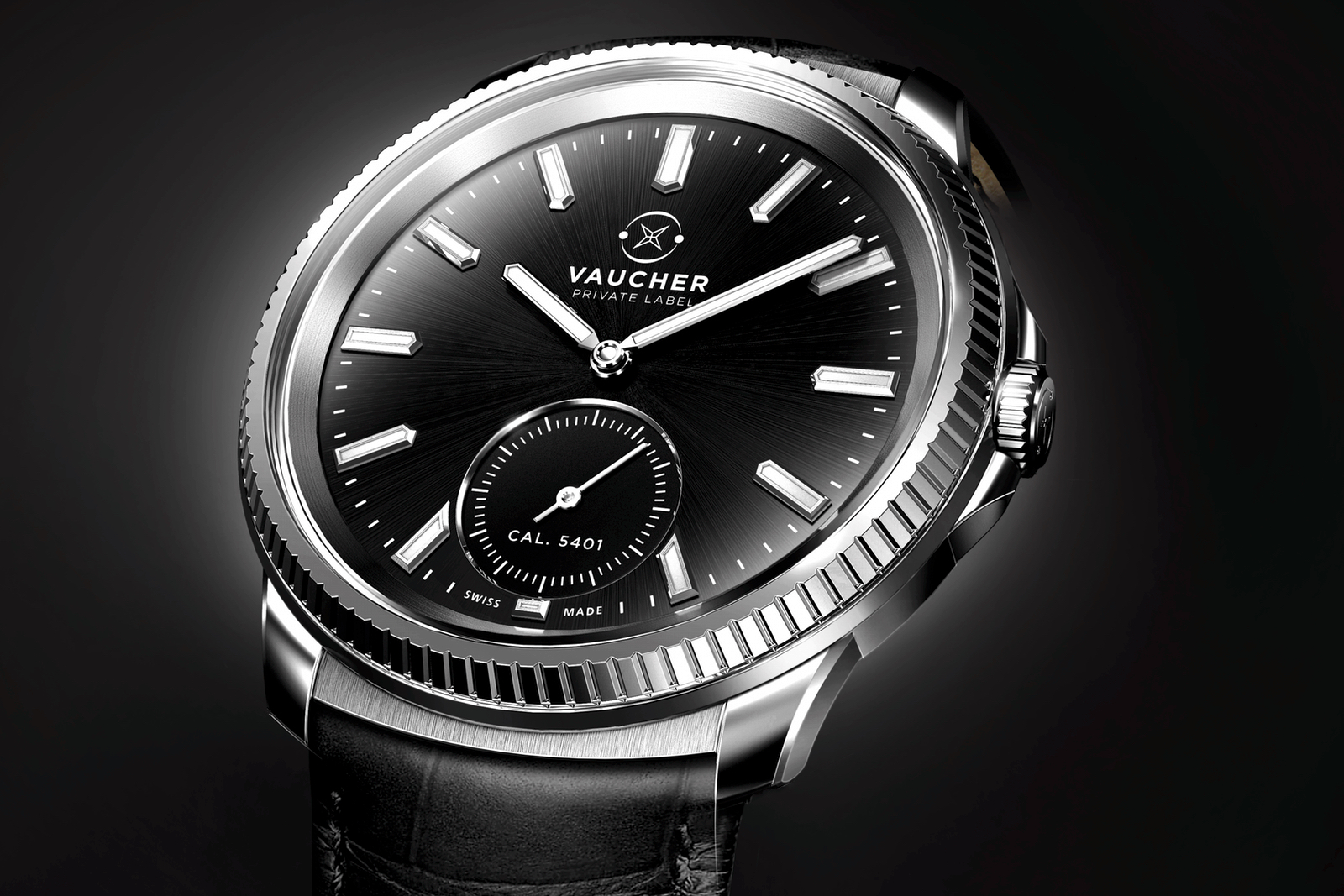 For the past three years, Vaucher Manufacture Fleurier (VMF), which was started in 2003, as the separate movement division of Parmigiani Fleurier, has been offering something called Vaucher Private Label.

Michel Parmigiani founded Parmigiani Mesure et Art du Temps SA in 1990, which received a large investment from the Sandoz Family Foundation in 1995, leading to the acquisition of a number of key watchmaking businesses that ultimately became the movement division of Parmigiani Fleurier, the watch brand.

With the help of the Sandoz Family Foundation (a large Swiss-based pharmaceutical company), in 2001 Parmigiani Fleurier was able to acquire Atokalpa (balances, escapements, and balance springs), Les Artisans Boîtiers (cases) and Elwin (screws, gear wheels, and other very small components).

In 2004, Vaucher, acquired Quadrance & Habillage, a dial manufacturer based in La Chaux-de-Fonds, which ultimately gave them the company 100% vertical-integration. Since then, in addition to the movements and watch components that Vaucher produces Parmigiani Fleurier, they also make parts for Richard Mille and numerous other high-end watch companies that do not publicly disclose the relationship.

By 2009, Vaucher had built out a facility in Fleurier that now turns out tens of thousands of movements per year. The desire by Vaucher to fully utilize the production capacity, and increase their return on this massive investment, led to the creation of Vaucher Private Label in 2013. It is essentially a way for small watch brands to buy customized movements, and entire watches, in quantities as low as 25 pieces.

And so, for the past three years, albeit somewhat under the radar, Vaucher has been offering small clients the ability create manufacture quality timepieces, backed by a large manufacture, with minimal investment.

Amazingly, the cost of a base (caliber 3000) movement starts at approximately $1000, which is insane when you consider the quality and origin of these movements.

Ahead of Baselworld 2016 (which starts in March), Vaucher Private Label has announced another movement into their collection, the Seed VMF 5401 movement. It is an ultra-thin (2.6 mm) micro-rotor movement, finished with beveled edges, Geneva stripes, and other finishing typically seen on very high-end calibers. This movement can also be fitted in personalized cases, with dials made to measure.

Having another company produce bespoke watches and then re-branding them is not a novel concept. In fact, outsourcing some or all of the production is very common in the Swiss watch industry. But, for a company to offer bespoke Swiss timepieces, with this high level of quality, at a such a low volumes (and low prices) – is quite exceptional.