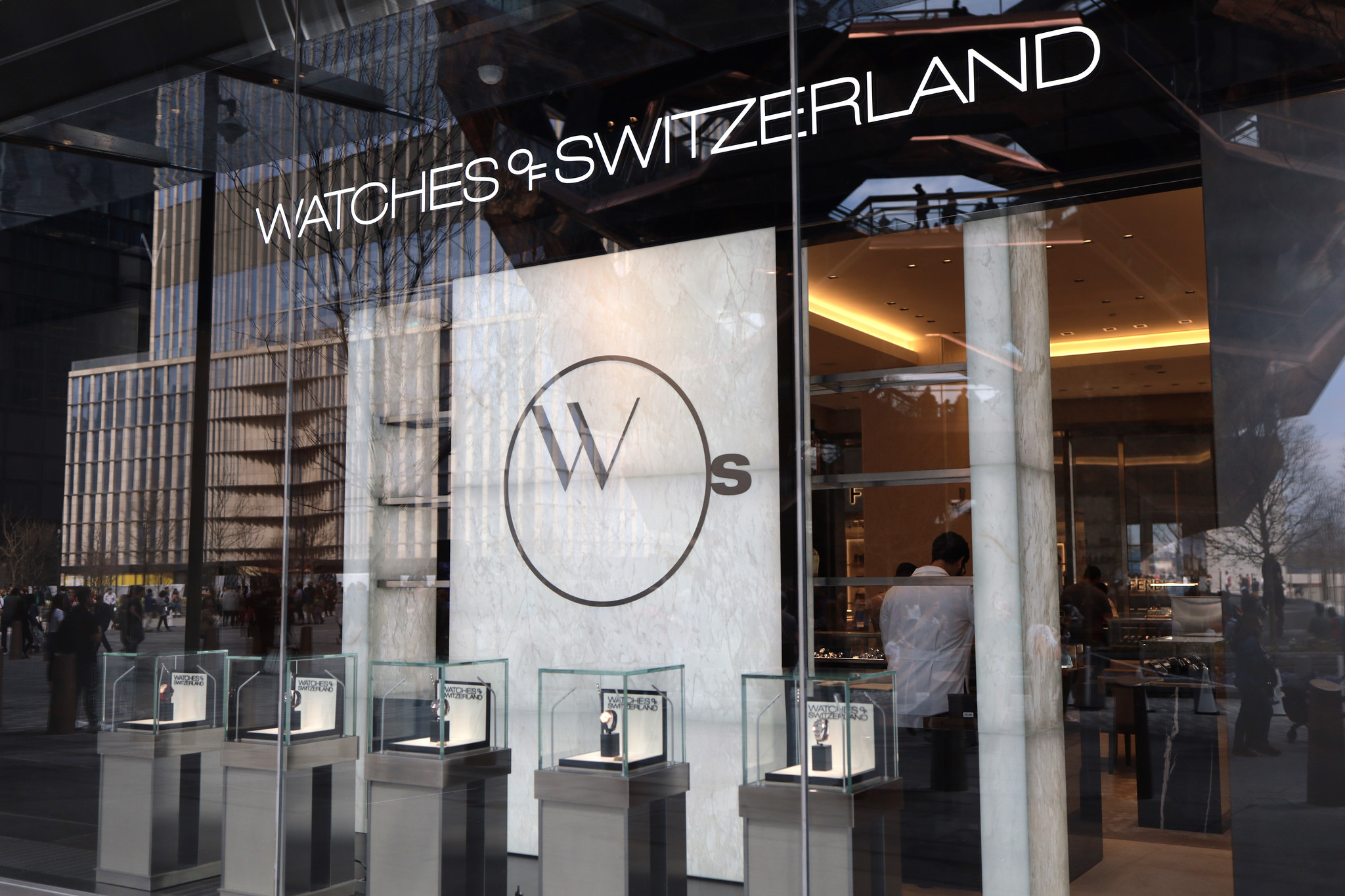 Hudson Yards is not just the most expensive private real estate development ever in the United States, it’s also the most ambitious. Taking up four New York City blocks, Hudson Yards is essentially a brand new mini-city within Manhattan.

Manhattan has one of the highest population densities in the world, which is emphasized by the fact that everything has literally been built on top of an active railroad yard. Hudson Yards is a proof of concept on how to convert a neglected yet important piece of land into something many people can enjoy, while also creating thousands of jobs and billions in tax revenue.

The mall features luxury marques such as Cartier, Louis Vuitton, Neiman Marcus, Tiffany & Co., and Watches of Switzerland – but also has more accessibly priced stores such as Banana Republic, H&M, Uniqlo, and Zara. One store I found particularly interesting is Muji, a Japanese-owned company that sells a wide variety of household and consumer goods, and which a salesperson described as a cross between Ikea and Uniqlo. Overall, there’s a broad assortment as opposed to being strictly a luxury mall. And it’s a great place to make a statement for certain brands. Watches of Switzerland is one of them.

WOSG CEO, Brian Duffy, told us in a recent interview, that when they were planning their first two New York stores, despite the SoHo store opening first, the lease they signed first was at Hudson Yards. Duffy said they knew early on they wanted to be at Hudson Yards, “we loved the scale and ambition of the project.”

When viewing how many people are outside peering in through the window displays at Watches of Switzerland, on any day of the week, it’s easy to see why the company was quick to sign the lease and secure such prominent space, directly adjacent to The Vessel.

Unique elements outside of Hudson Yards are a significant part of what makes it different from other shopping destinations, including The Shed – concert/event venue (open), The Vessel – climbable sculpture (open), The Edge – skyscraper observation deck (opens 2020), and The High Line – an elevated linear park and greenway wraps around and ends at Hudson Yards.

Inside the mall, there’s also a great mix of things to do, spread over five levels. For example, experientially, there’s an ephemeral wall that you can write on with your fingers (it’s surprisingly addictive). There’s also a place called Snark Park which is a multi-faceted exhibition space that will house a series of immersive art installations, all created by the design studio Snarkitecture, and there are numerous interesting art pieces on the walls, as well as an art gallery. Perhaps most interestingly, there’s a company called 3DEN where you can take a nap on a Casper mattress, swing on an actual swing, meditate on yoga mats, make a phone call in a soundproof booth, and even take a quick shower.

This is not your typical mall, nor is the watch store anything like what’s currently out there.

Located on level one, Watches of Switzerland has 6,500 square feet of prime retail space, including a dedicated Patek Philippe boutique on one end, and a dedicated Rolex boutique on the other. In the middle is a multi-brand store, with a fully stocked bar (stop in for a drink and talk with the staff) with the The Vessel as a backdrop, visible through floor-to-ceiling windows, located directly behind the bar. This location currently carries Breitling, Bremont, Grand Seiko, Hublot, IWC, Jaeger-LeCoultre, Longines, Omega, TAG Heuer, Tudor, Vacheron Constantin, vintage, and a number of independents such as Cecil Purnell, Franck Muller, Jacob & Co, L’Epée 1839, and more.

Learn more at Watches of Switzerland.