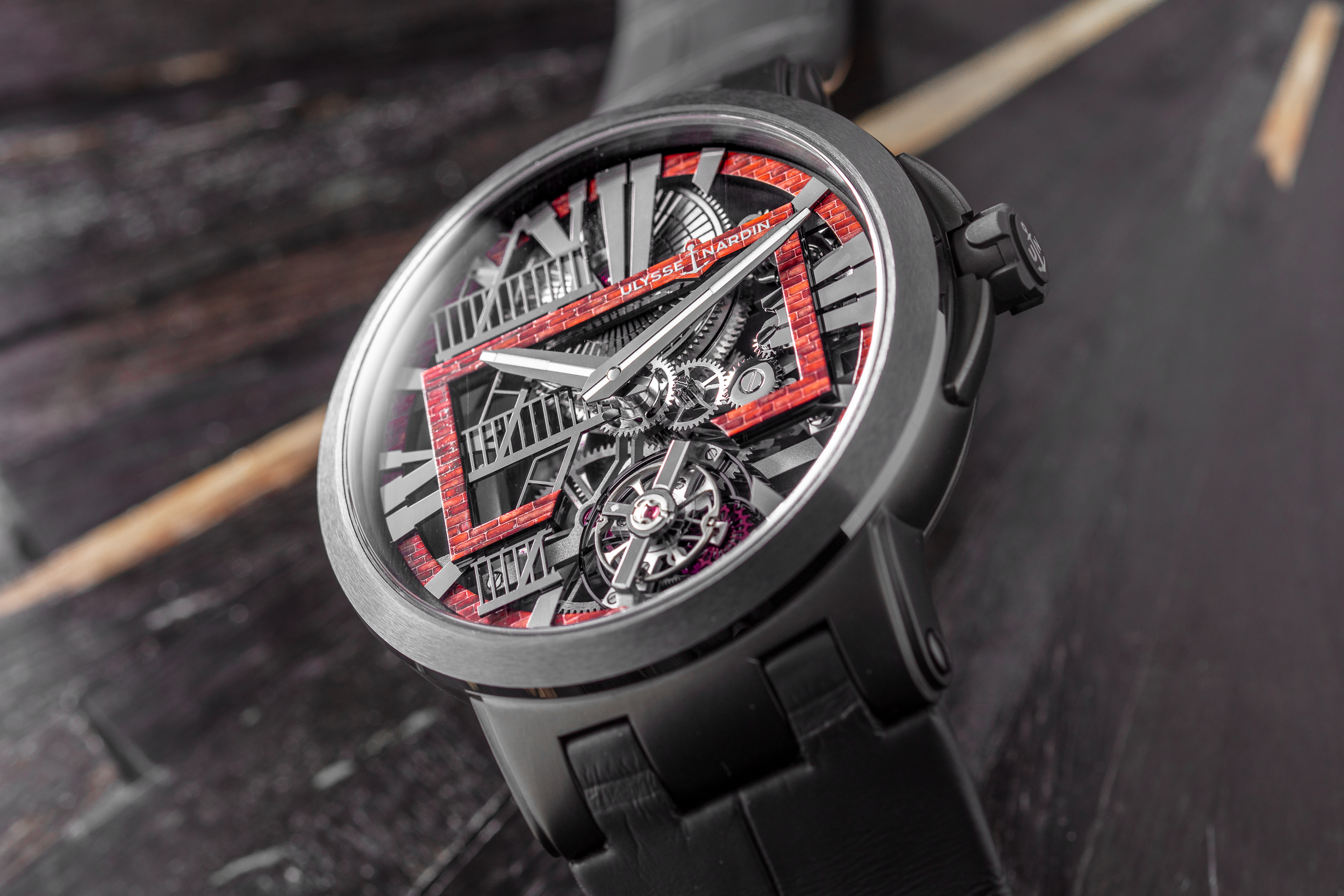 Watch brand executives and journalists were also in attendance, along with celebrities and influencers, some with their dogs, such as Liev Schreiber and his dog Woody, and Erica Pelosini who brought numerous dogs (pictured below).

As part of WOS’s US advertising campaign, the UK-based company has focused on creatives that feature photographs of dogs. If you look closely (the new ad campaign is on the screens behind Liev Schreiber and Emily Ratajkowski, in their respective photos on this post), each dog has a sinister expression on its face, which we were told by Duffy was superimposed with photoshop. In honor of every dog that attended, Watches of Switzerland will be making a donation to Best Friends Animal Society in SoHo.

Made specifically for the occasion, Swiss watchmaker, Ulysse Nardin, created the Executive Skeleton Tourbillon “Greene Street” which features a hand-painted dial, tourbillon, and is a unique piece that will be available for sale at the Greene Street SoHo location only.

The watch dial motif was inspired by the cobblestone streets of SoHo, their iconic pattern recreated through a micro-painting technique that requires a paintbrush the width of a single eyelash.

Learn more about Watches of Switzerland 60 Greene Street in SoHo.