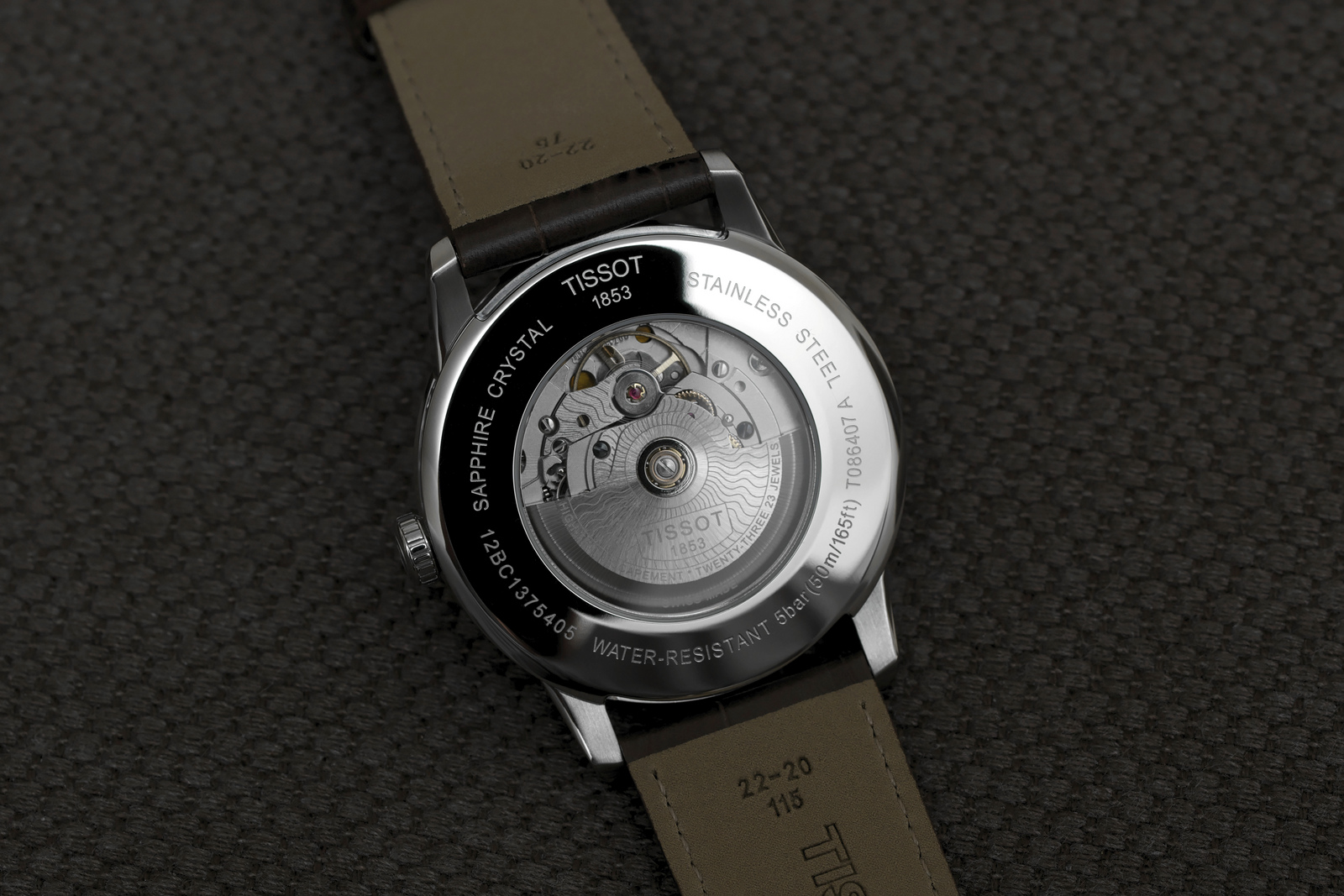 The all new ETA C07.111 movement makes its debut in the Tissot Powermatic 80.

With a power reserve of 80-hours, it can last nearly twice as long as a comparable movement, such as the 23-jewel ETA 2824 on which it is based. To achieve this level of power reserve, ETA (Swatch Group’s movement production arm) made a number of improvements. The engineers were able to save energy with the C07.111 by reducing the operating frequency from 4 to 3Hz (28,800 vph to 21,600 vph).

Additionally, the use of a high-performance synthetic material (likely silicon) for the escapement also allows friction to be reduced, thus wasting less power. Furthermore, a reduction of the diameter of the barrel-arbor’s core made it possible to lengthen the mainspring, thereby allowing for an increased power reserve.