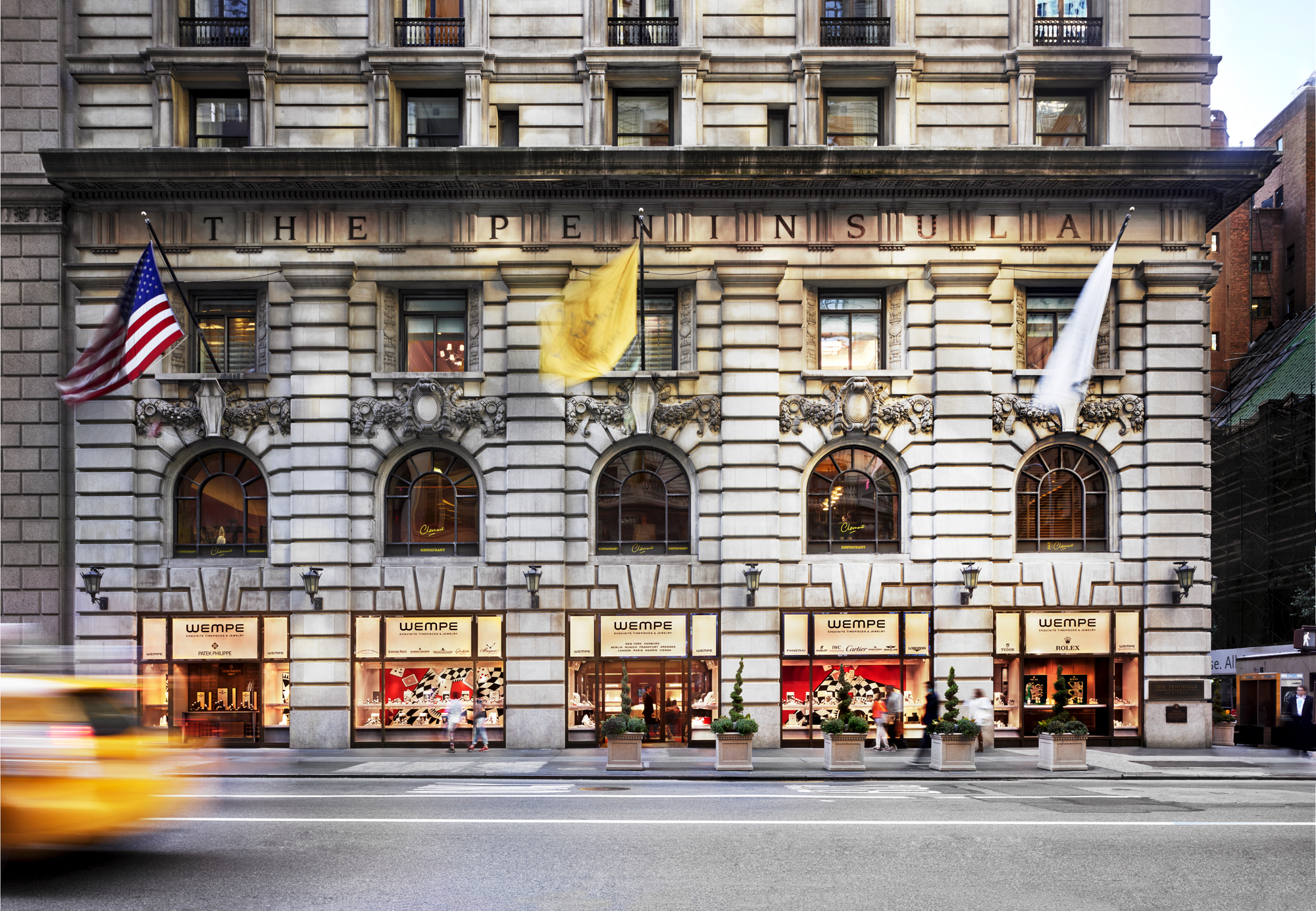 Expanding from 2,500 to 5,500 square feet provides more space for and comfort for customers, a larger service area, and room for additional watches.

Wempe Jewelers has been located on Fifth Avenue since 1980 when the German-based watch and jewelry retailer decided to expand to the US. It has been located in the famous Penisula building, across the street from the original location, since 1990.

Interestingly, the store has load bearing pillars from the Penisula hotel, that are part of its architecture.

According to Wempe, “The new interior concept was motivated by the desire to provide more open space for Wempe customers. Fine materials such as granite from the quarries around Verona have been used for the renovation. The ceilings have been raised, and many of the numerous display cases and presentation areas are now directly accessible to customers.”

The sales area has eight display windows, up from seven, and the facade now takes up half of the block. Not to mention there are large integrated salons from Patek Philippe and Rolex on opposite ends of the store.

It’s the best multi-brand watch store I’ve ever been in.

As if that is not enough, when you enter the store you are greeted by a stunning one-off replica of Harding’s historic H1 Sea Clock, a three-quarters  version of the marine chronometer that made it possible to calculate longitude while at sea. (The original Sea Clock is exhibited at the Royal Observatory in Greenwich near London.)

Full watch overhauls for timepieces (excluding complicated timepieces that need to go back to the factory) take approximately 4 weeks and receive a 2-year warranty. Wempe also sells their own bespoke jewelry, as well as clocks, and Wempe watches – including a special timepiece made to commemorate the grand opening of the new store.

The 5th Avenue Limited Edition Wempe Zeitmeister timepiece will be available exclusively at the New York store. The second hand and number “5” on the date indication are accentuated in red, as an homage to the boutique’s location. Additionally, a second time zone display shows the current time in New York. And the caseback has an engraving of the Peninsula building. The retail price is $2,890 and it is available in a silver-plated or black dial, limited to 55 pieces each.

Rüdiger Albers, the President of American Wempe Corps has been in charge of the boutique since 1990 and currently operates the store with a staff of 34. If you live in or around New York – or are visiting – I definitely recommend you check out this watch collector’s dream store.