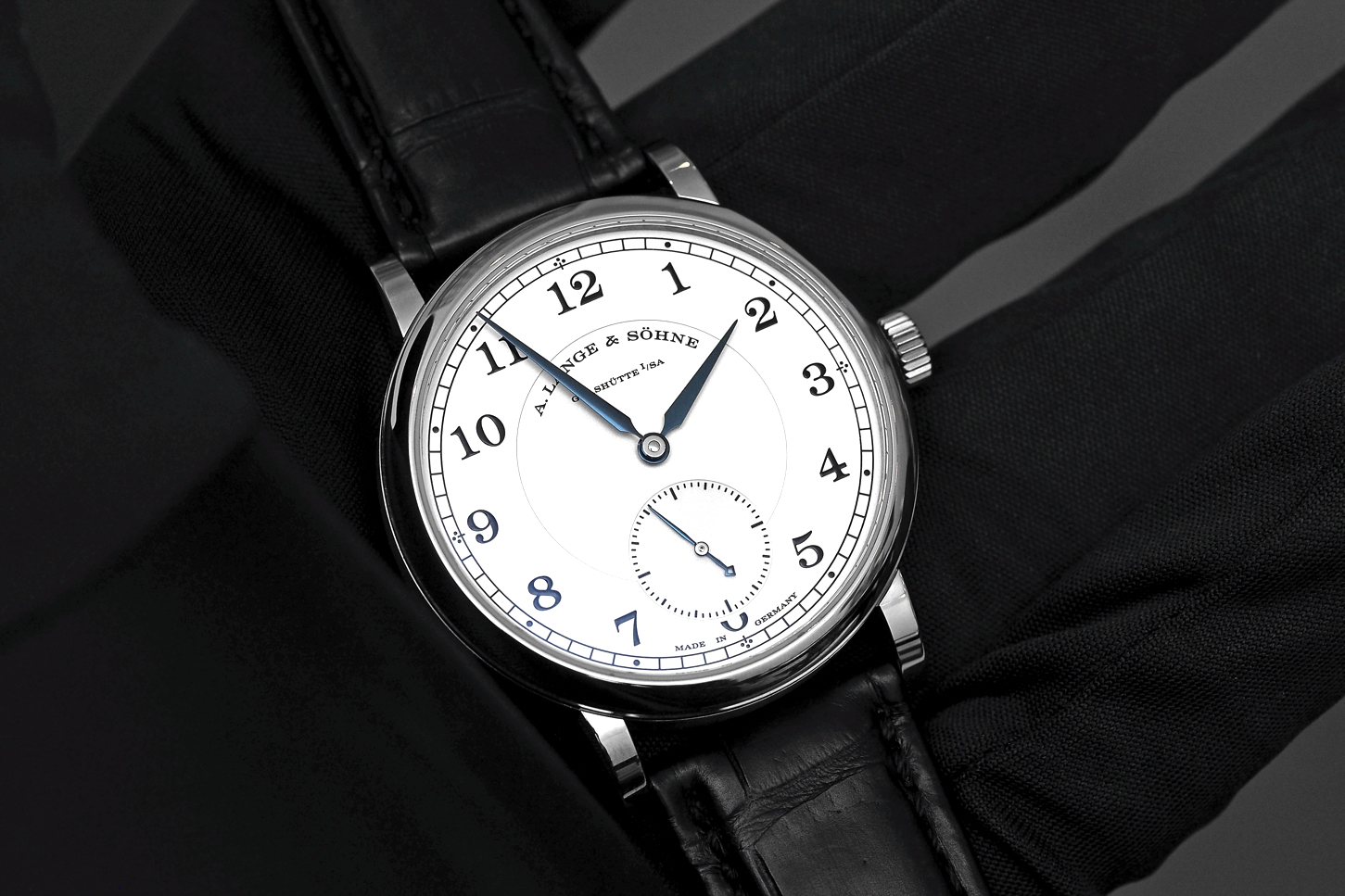 The A. Lange & Söhne 1815 collection pays homage to the birth year of the brand founder, Ferdinand Adolph Lange, who established the watchmaking industry in Glashutte.

The 1815, which is currently available in a 40 mm by 8.9 version (white, pink, and yellow gold), will now be available in a slightly smaller 38.5 mm by 8.8 mm size. However, according to A. Lange & Söhne, one will not replace the other — both sizes will sell alongside each other.

The other introduction within the 1815 line, the 1815 Tourbillon, which was presented in a sleek 39.5 mm by 11.1 mm case, and is available in pink gold or platinum (limited to 100 pieces). The 1815 Tourbillon, for the first time ever, combines the brand’s patented tourbillon stop second mechanism (invented by Lange in 2008) with the patented zero-reset system (invented by Lange in 1997).

The solid silver argenté features black printed Arabic numerals and blued hands. The diameter of the tourbillon dial aperture has been increased from previous models to 13.2 mm, allowing a better view, and highlighting the double patented 60-second tourbillon mechanism. The solid gold or platinum crown, allows the tourbillon seconds to be stopped, and instantaneously reset to zero, for precise one-second time setting.

Watch the full explanation, from Lange Director of Development, Anthony de Haas, below.