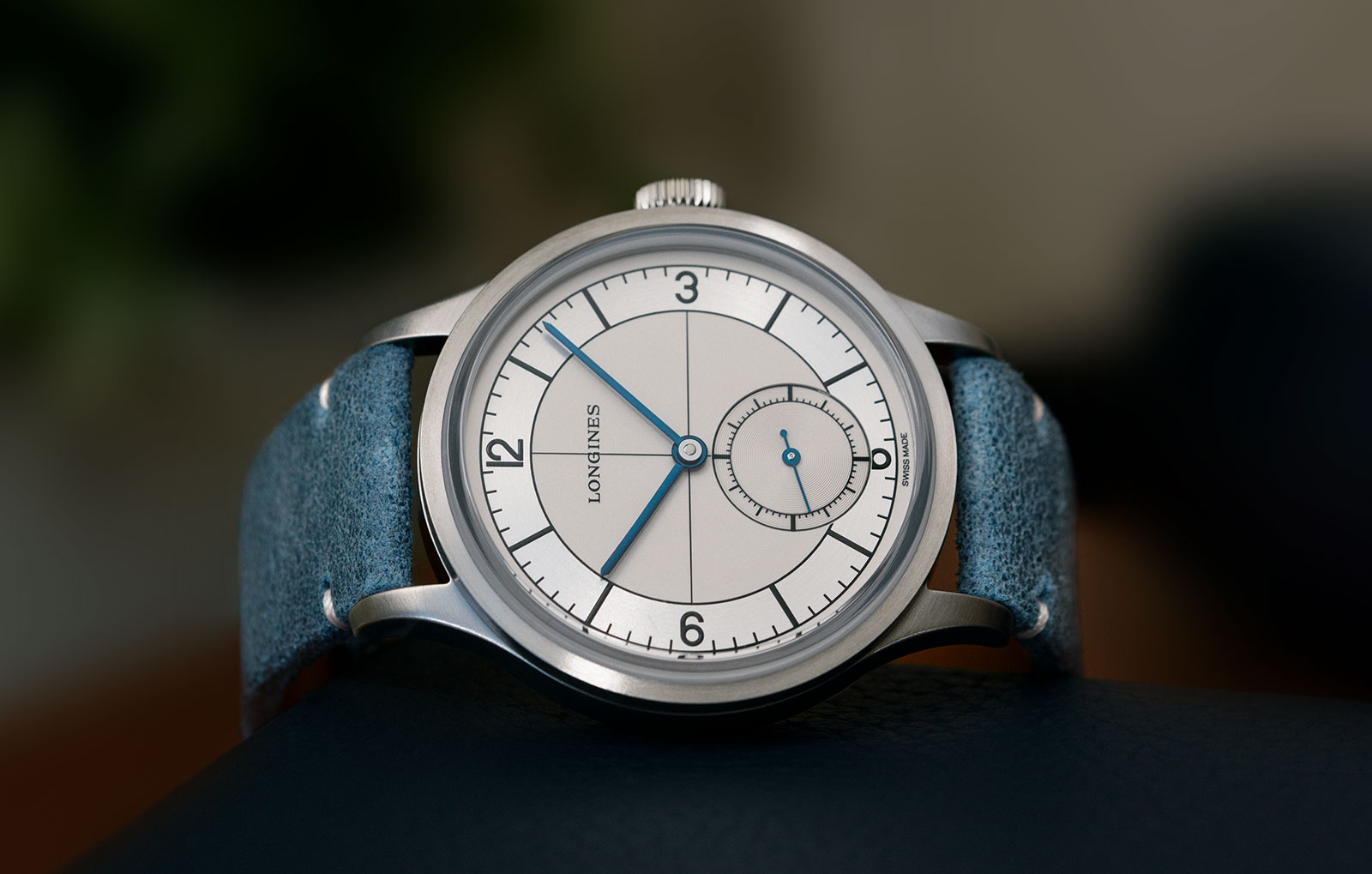 This week Longines released a retro timepiece called the Heritage Classic – reminescent of what Jaeger-LeCoultre released in 2017 – that features a “sector” dial.

Despite the similarities to Jaeger-LeCoultre the watch is far less expensive and is actually a faithful recreation of 1934 timepiece from Longine’s own archives. Longines has built a reputation in recent years for recreating their past models, without deviating too much from the old designs, and then equipping them with slightly modified movements sourced from (Swatch Group Ltd), their parent company’s movement division ETA SA.

Like on the original, the sector dial has a two-tone finish with the chapter ring for the hours and minutes features a circular brushed finish and printed Arabic numerals at the four poles, with indices for the other eight hours, and hash marks for minutes. At 6 o’clock there’s a continuously running small seconds dial. All three hands have a thin baton-shape and a blued finish. The center of the dial has a silvered opaline surface and matches the outmost section, placing emphasis on the brushed metal chapter ring.

While the small seconds subdial obstructs the 6 o’clock numeral, as it did on the original, it’s a little more visible than on its predecessor. The watch has no date, and the dial is not complicated by a date window.

The stainless steel case measures 38.5 mm and has a matte brushed finish. Water-resistance is 30 meters. A domed vintage-style sapphire crystal protects the dial.

Underneath the dial is automatic caliber L893.5 which is also referred to as ETA A31.L91 and is based on the well-known ETA 2892 but has been given a reduced beat rate of 3.5Hz, a silicon hairspring, and an improved power reserve of 64-hours.