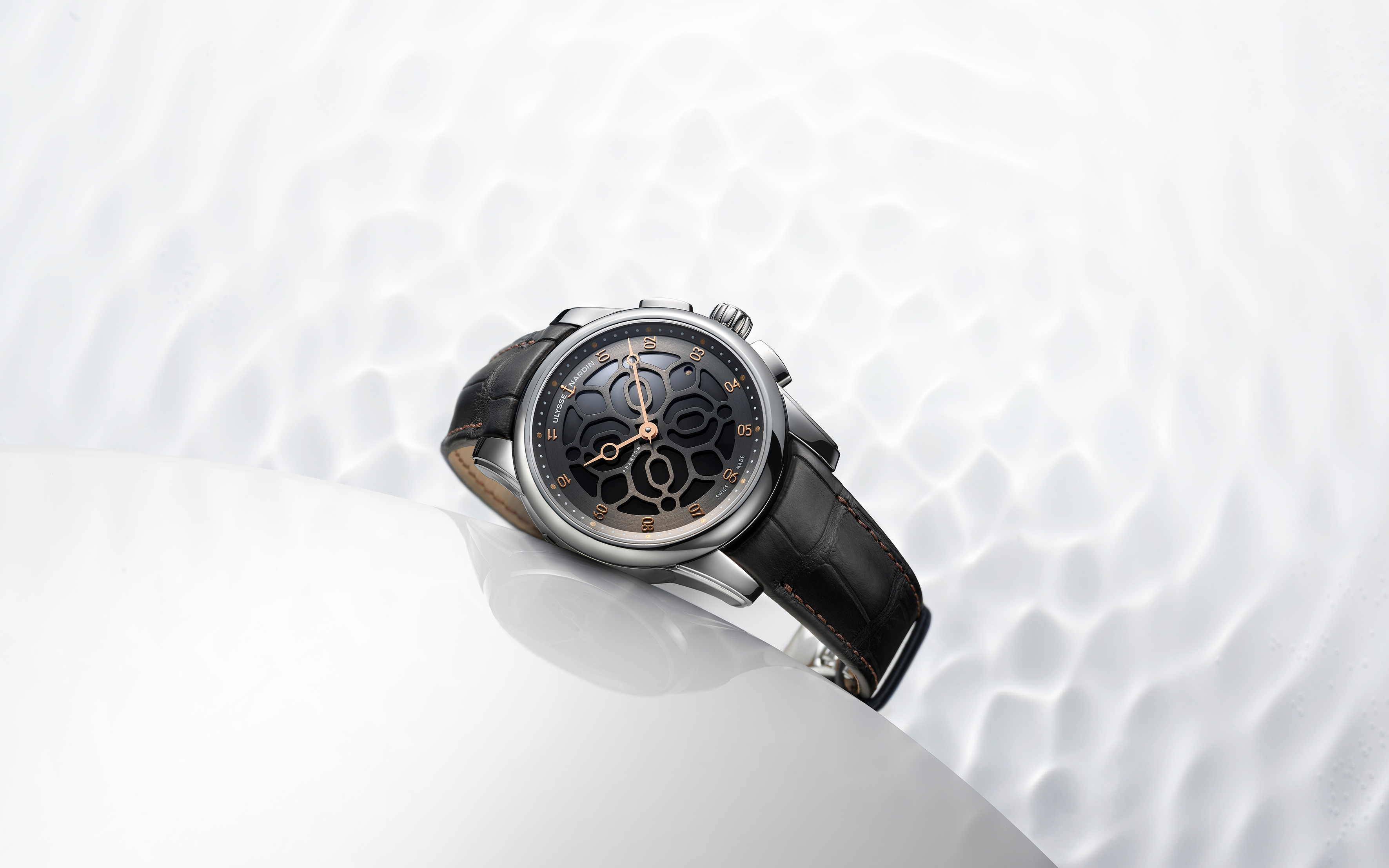 Today, Ulysse Nardin introduced a timepiece made in collaboration with Devialet, a French company that produces luxurious oval-shaped high definition speakers, as well as amplifiers.

By combining their audio experience, with Le Locle based Ulysse Nardin’s watchmaking know-how, the two companies created an innovative timepiece called the Classico Hourstriker Phantom. According to Ulysse Nardin, “The acoustic performance and sound quality make it an unparalleled striking watch in the watchmaking industry.”

Devialet has more than 160 patents and their flagship speaker, The Phantom, is a high fidelity oval-shaped speaker capable of producing 108 dB SPL. Devialet worked together with Ulysse Nardin – whose striking watch experience dates back to the 1980s – to make a striking watch with advanced sound qualities.

Devialet engineers collaborated with Ulysse Nardin’s watchmakers specialized to deliver the best performance ever recorded on a striking watch of 85 decibels, according to the manufacturer.

The caseback has eight perforations that allow sound to travel from the caliber UN-610 movement – through the thin membrane which has a large surface area that displaces sound and can be compared to the membrane of an audio speaker – to outside of the case. The result is greatly amplified sound. And the 43 mm diameter fully polished titanium case further amplifies the sound,  that Ulysse Nardin calls “an unrivaled level of sound in the world of watchmaking.”

Additional details that make this timepiece unique are the anthracite dial which features a satin-brushed chapter ring and interconnected skeletonized center that’s a nod to Devialet Phantom’s protective net placed over the tweeter. Underneath is a smoked sapphire crystal which allows a partial view of the movement’s baseplate depending on the angle you view the dial at. The rose gold hands feature a Breguet-style open-tipped shape and match the applied rose gold indices.

A rose gold circle that appears through an aperture at 3 o’clock is visible when the striking mechanism is “on” and disappears when it’s “off.” The activation of the mechanism is controlled by the flat pushers at 2 and 4 o’clock.

Ulysse Nardin calls the Classico Hourstriker Phantom (Ref. 6103-132) the “most affordable striking watch on the market.” Limited to 85 individually numbered pieces, the retail price is $72,500.