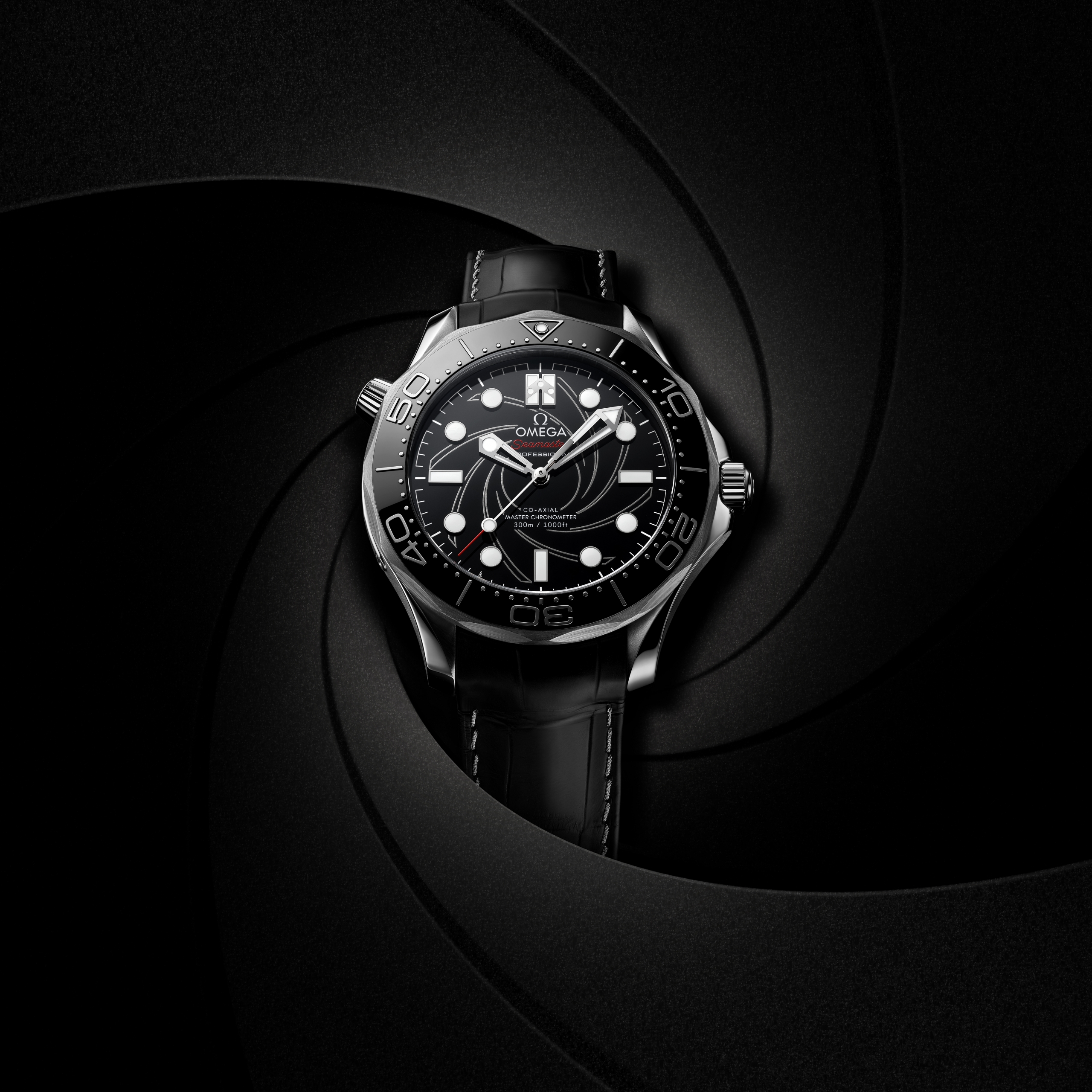 After originally being scheduled for April 2020, the theatrical debut of James Bond “No Time To Die” is now set for November 20, 2020.

Daniel Craig will reprise his role as British secret agent 007 for the fifth and final time in No Time To Die, and he will, of course, be wearing an Omega on his wrist throughout the movie.

This year represents the 50th Anniversary since the original James Bond movie — On Her Majesty’s Secret Service (1969) — was released. The movie also marks 25 years of Omega being the official watch of James Bond, which started with GoldenEye (1995).

Introducing the 2020 Seamaster Diver 300M James Bond Platinum Gold Numbered Edition. Presented in the same size 42 mm diameter Seamaster 300M case as the previously announced individual James Bond Limited Edition ($6,500) and the two-piece boxed set ($42,100) — except this one is in a solid “platinum-gold” alloy that was formulated to be more durable and maintain its color better than typical 950 platinum.

Like the recently announced Seamaster 007 timepieces, this watch has a plate affixed to the side of the case and engraved with the edition number (there is no limit in production).

A black enamel dial features the signature Bond spiraling gun-barrel design in 18K white gold and is accentuated with 18K white gold applied indices, hands, and the Bond family coat-of-of arms at 12 o’clock. While the spiraling gun-barrel logo is anything but discreet, the “007” gun logo printed in white enamel at 7 o’clock on the minute track is subtle. Even more subtle is the hidden number “50” in the luminous material of the 10 o’clock index — which is a reference to the 50th Anniversary of On Her Majesty’s Secret Service.

Surrounding the dial on top of the case is a platinum unidirectional rotating dive bezel with a black ceramic insert with a platinum dive scale in relief (raised markings).

On the back, is a second Bond family coat-of-arms, which has been laser-engraved and filled with platinum on the sapphire crystal caseback, offering a view of the Omega Co-Axial Master Chronometer caliber 8807.

The Seamaster Diver 300M James Bond Numbered Edition Platinum Gold comes in its own Globe-Trotter™ suitcase, bound by NATO-inspired straps, and inside is an additional black rubber strap which can be swapped out with the black alligator leather strap.