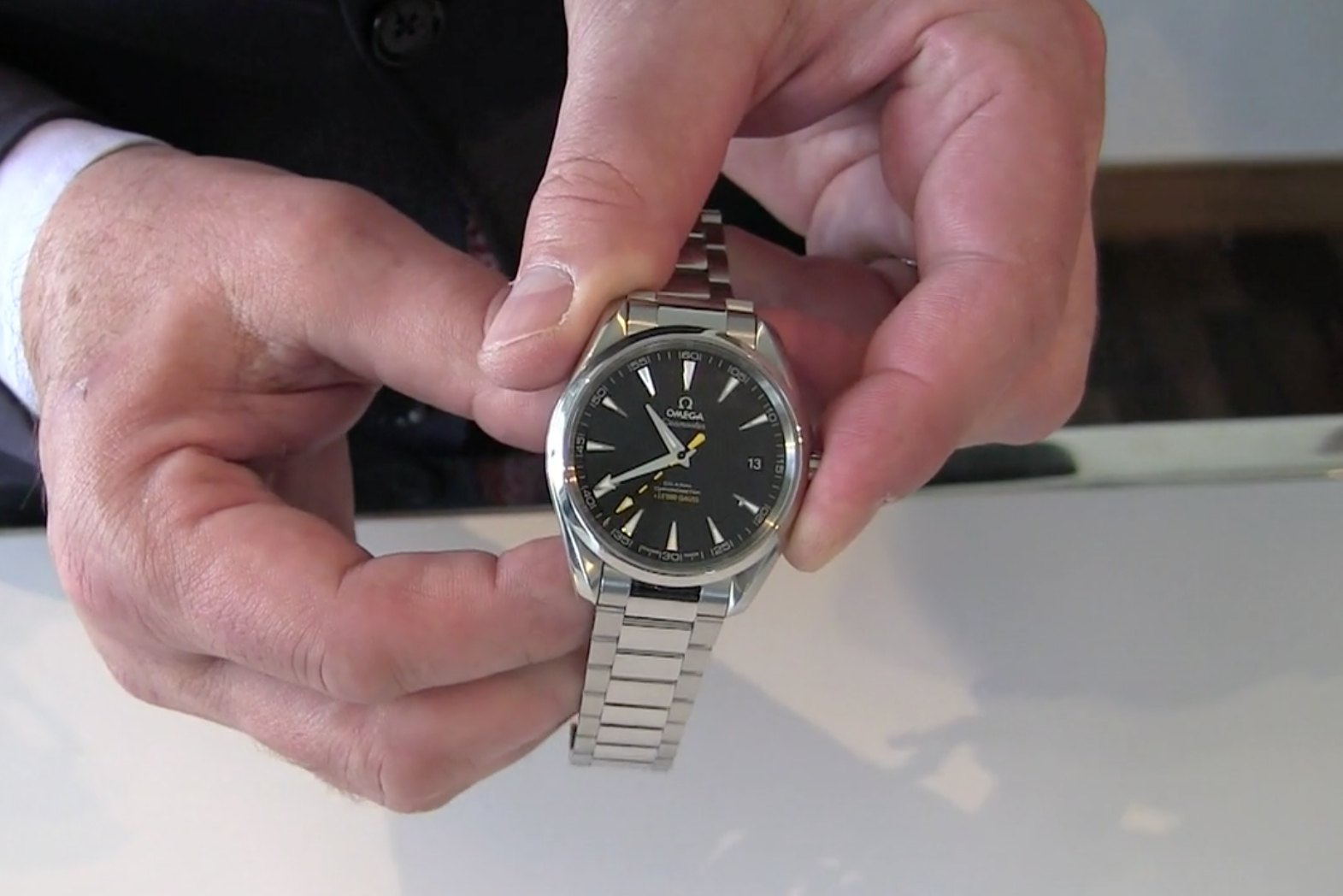 Earlier today at the Setai hotel in midtown Manhattan, the global CEO of Omega, Stephen Urquhart, and the head of product development, Jean-Claude Monachon, introduced the first truly anti-magnetic watch technology (resistant up to 15,000 gauss). Presented inside a prototype Seamaster Aqua Terra, the new movement — caliber 8508 — is the first of many movements that will receive the new technology as Omega has announced that all Co-Axial equipped timepieces will eventually receive this technology.

While not every detail of the new movement has been revealed, due to pending patents, they did tell us that the hairspring, escapement, and balance are all utilizing silicon technology (which is non-magnetic). Additionally, there are other crucial components that required new materials, but those details will likely not be revealed until Baselworld next month.

One cool detail to note is that while most anti-magnetic watches use a soft iron cage around the movement to shield it from magnetic fields, the new Omega technology is totally different. Instead, it uses non-magnetic components, which results in a number of benefits, including the unique ability to use a sapphire crystal case back (as opposed to a solid case back) to show off the movement.