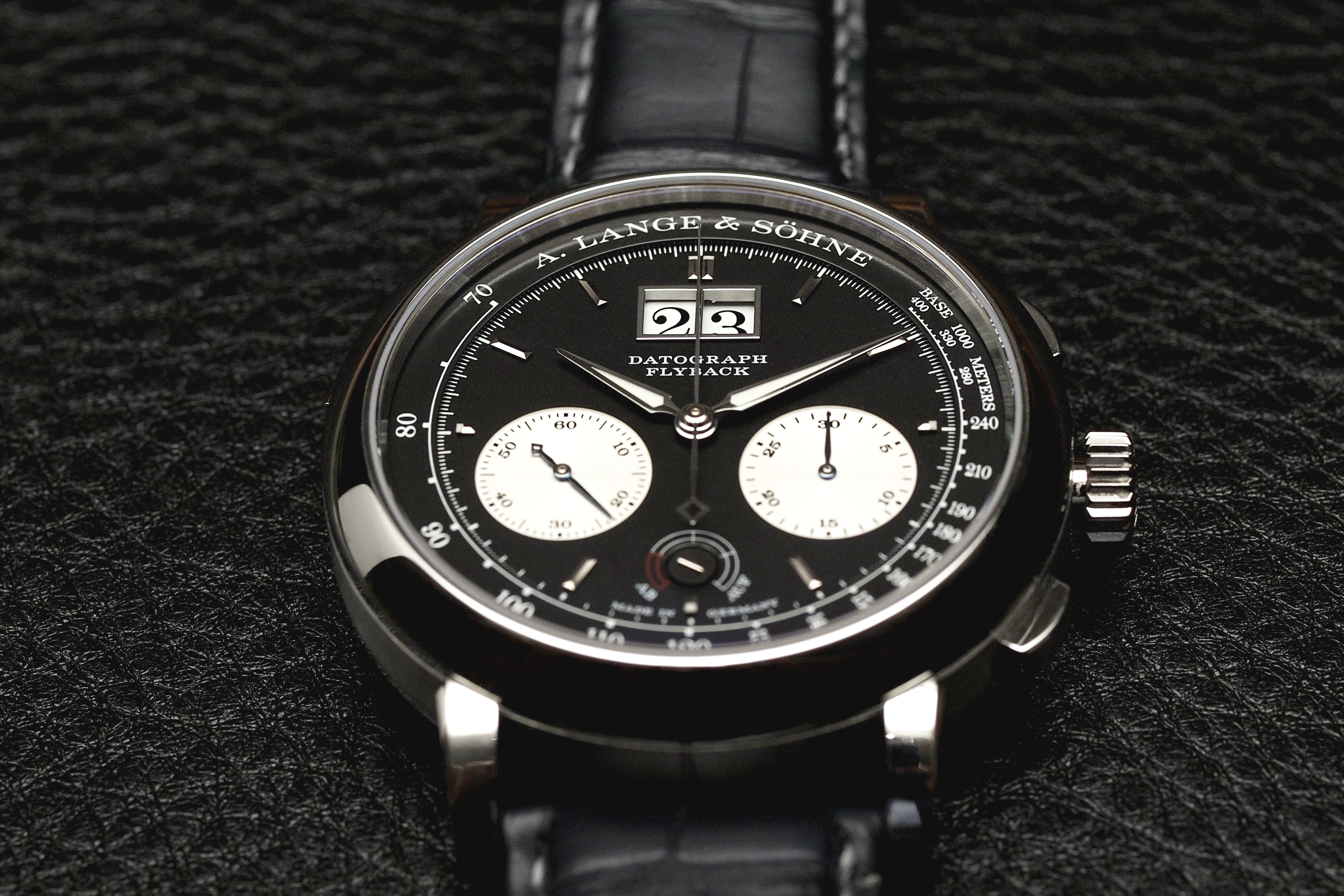 In advance of the 2012 SIHH show, Glashütte based manufacture A. Lange & Söhne recently previewed one of their forthcoming novelties.

In Dresden, Germany in front of a group of journalists from around the globe  Wilhelm Schmid (CEO) and Anthony De Haas (Director of Product Development) revealed the new Datograph AUF/AB Flyback Chronograph.

The Datograph is not an all-new timepiece, instead, it’s more of an evolution. Basically, Lange took one of their most famous timepieces and made it better. The first Datograph was presented in 1999, and now more than a decade later the Datograph has received a major update, both aesthetically and mechanically.

Aesthetically, there have been a number of subtle changes. The case diameter has been slightly enlarged (modernized) from 39 mm to 41 mm. The height has been increased from 12.8 mm to 13.1 mm, which in combination with the new width, gives the timepiece a flatter and arguably more pleasing appearance on the wrist. A power reserve indicator has been added to the dial (at 6 o’clock). A nice touch, especially considering that this is manually wound timepiece.

To coordinate with the larger case size and new power-reserve display, the dial had to be redesigned. Its proportions were kept intact to ensure the DNA of the original Datograph was maintained. Additionally, in what I would argue is the best aesthetic change to the dial, the Roman numeral hour markers have been swapped for indexes.

Mechanically, there have been a number of notable changes as well. The power barrel has been enlarged, and as a result, Lange watchmakers were able to increase the maximum power reserve from 36-hours to a much more impressive 60-hours. Plus, the movement now features a more advanced balance wheel with eccentric poising weights. Finally, the Nivarox sourced balance spring has been scrapped in favor of a superior-quality in-house manufactured Lange balance spring.

The original Datograph is powered by one of the best-looking chronograph movements in the world. And I can assure you, the new Datograph carries on its predecessor’s tradition of visual perfection. (Ref. 405.035)