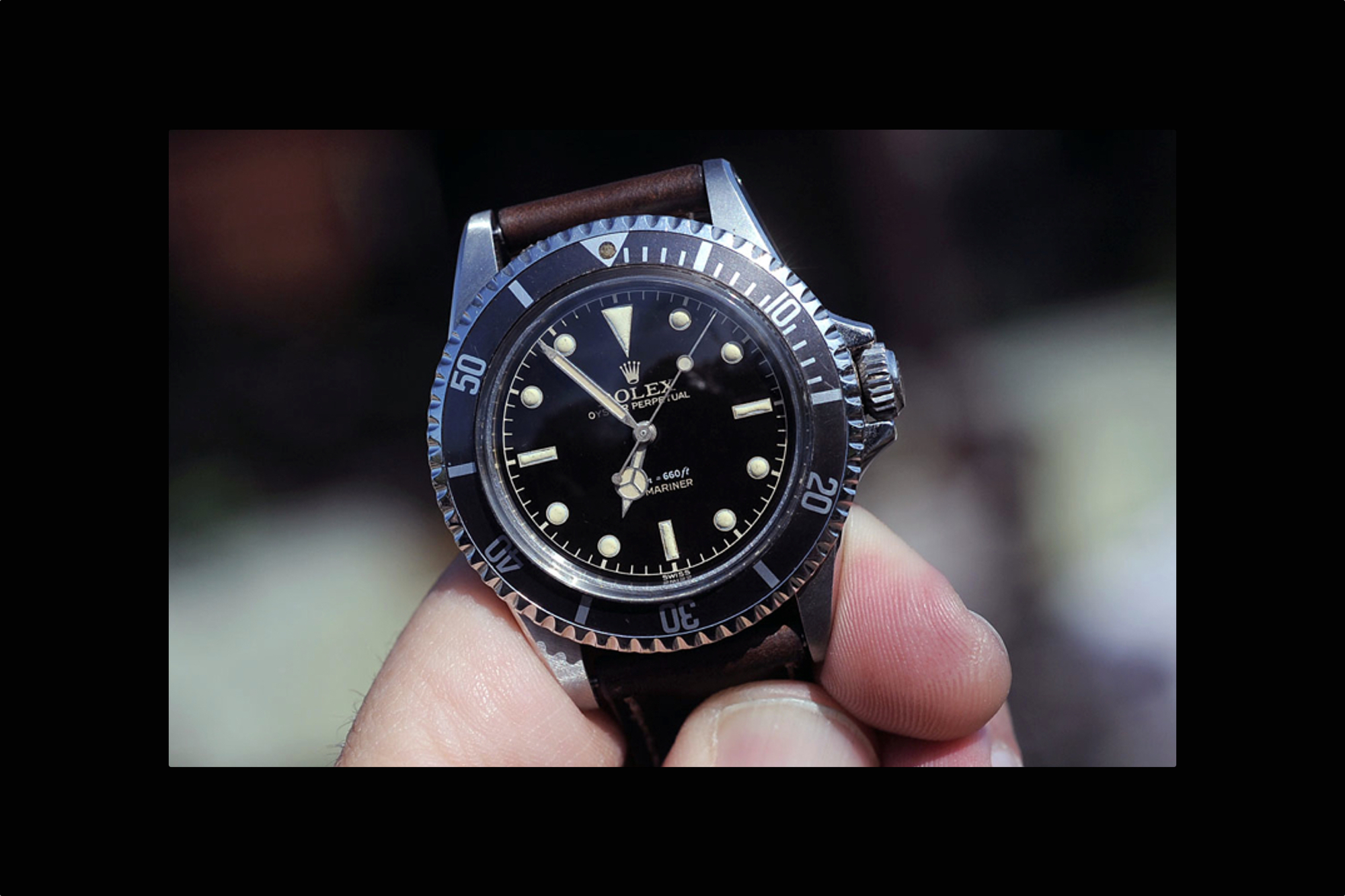 Only produced for a small period of time circa 1959, Square Crown Guard 5512 Rolex Submariners are very rare. They were the first batch of Submariners produced after Rolex switched from ref. 5510 (without crown guards) to ref. 5512 (with square or non-square crown guards).

The first 5512 Rolex Submariner was fitted with square type crown guards, but it was eventually determined that the guards did their job too well and made the crown difficult to unscrew. This subsequently led to more pointed crown guards. The remaining cases were then passed on to Tudor who produced the 7928 for a very short period of time.

Antiquorum sold a Rolex Submariner 5512 with the square type crown guards earlier this year. Here is their description:

The earliest models featured square type guards; approximately 100 examples of Ref. 5512 were tested by professional divers. It came out that this type of crown guard was not easy to use while wearing professional diver’s gloves and Rolex stopped production. To the best of our knowledge, a few hundred Ref. 5512 with square guards were made, starting with serial number 478.xxx, and only in 1959. The present lot is the 19th Rolex Ref. 5512 ever made. It features the original dial with the depth range written in silver and “Submariner” in gilt. Only a few examples appeared on the market. Due to its rarity, this model is much sought-after by Rolex collectors.”