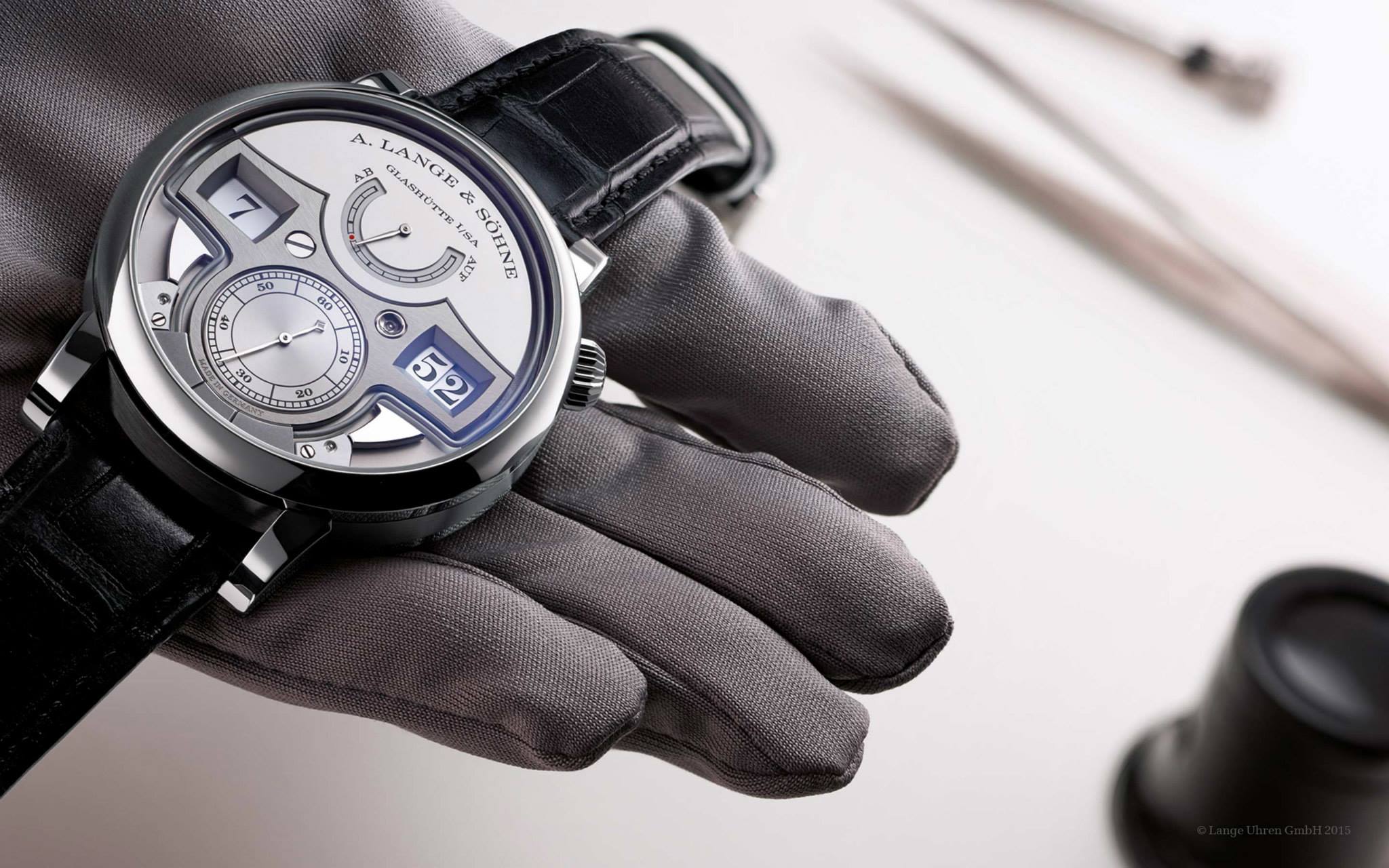 For the first time in a mechanical watch, the Zeitwerk Minute Repeater combines a jumping numerals display with a decimal minute repeater. A decimal repeater is like a minute repeater, but instead of chiming quarter hours and then minutes, it chimes ten-minute intervals and then minutes – making it easier to audibly recognize what time it is.

Instead of a typical slide to activate the minute repeater, the watchmakers in Glashutte developed a pusher system.

According to Lange, “To assure that the repeater sequence is not prematurely interrupted due to the depletion of the mainspring’s power – in which case the watch would stop running as well –, the striking mechanism can no longer be activated if the remaining power reserve is less than twelve hours. On the power-reserve indicator, this point is identified with a red mark.”

The time bridge, which frames the hour and minute apertures, is made of black-rhodiumed German silver. The black-polished steel gong hammers are located to the left and right of the subsidiary seconds dials. The hours are struck on the left, the single minutes on the right. For the double-tone ten-minute counts, both hammers strike both gongs slightly offset in time.

Powering this unprecedented timepiece is the manually wound L043.5 caliber, with total of 771 parts (of which are 93 jewels, and 3 gold chatons). A patented constant-force escapement delivers a uniform amount of energy during the entire power-reserve period.

The three-quarter plate and main plate are made of untreated German silver, the former which is hand decorated with Glashutte stripes and bevelled edges, and the latter features a perlage finish.