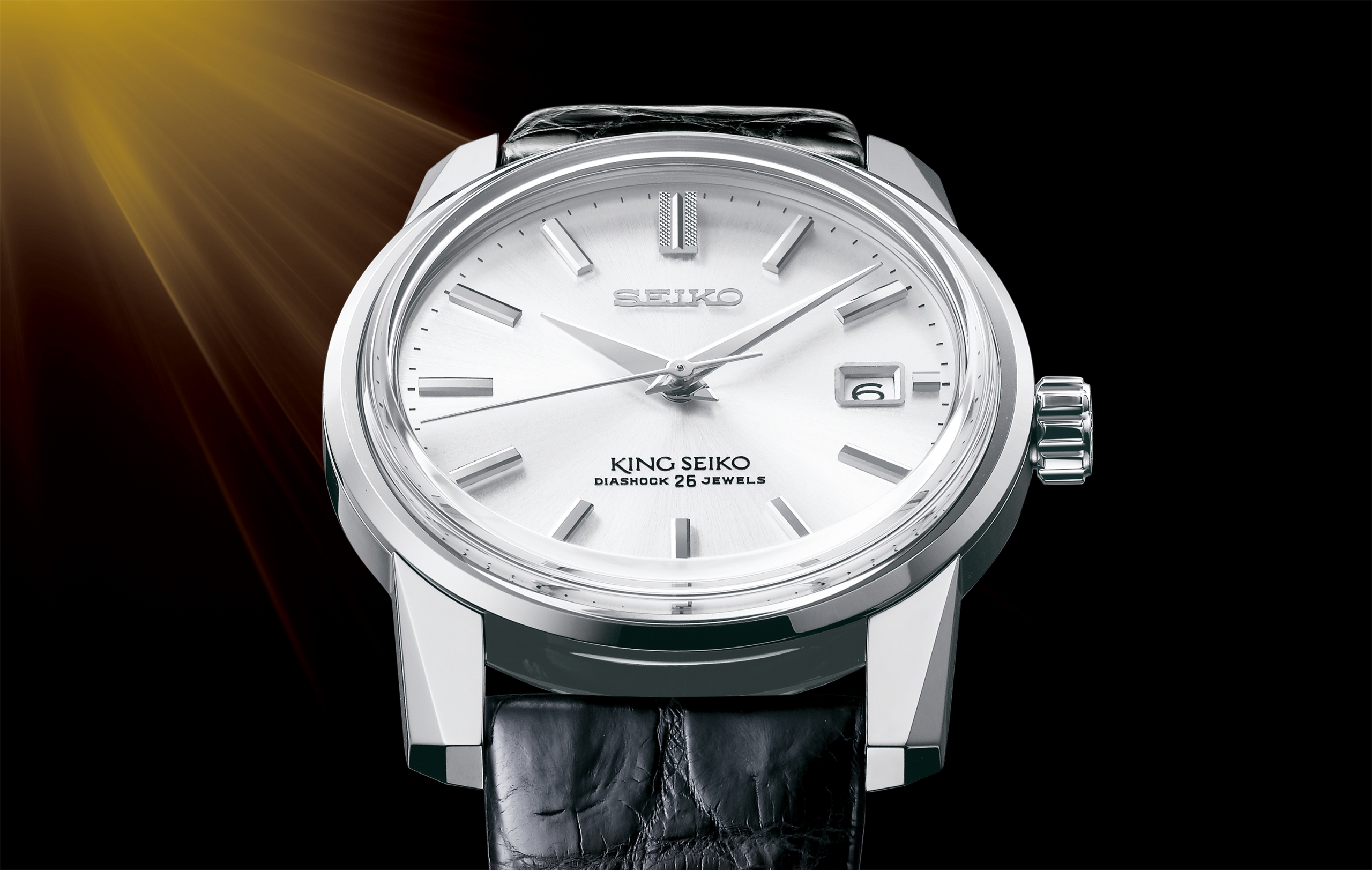 A re-creation of the King Seiko KSK

Japanese sub-brand King Seiko is back — as a limited edition—  to commemorate Seiko’s 140th anniversary which takes place in 2021.

In the 1960s, alongside Seiko’s higher-end Grand Seiko line, King Seiko was also being marketed. While Grand Seiko has continued production since first being created in 1960, King Seikos can only be found pre-owned currently.

With the 2020 King Seiko KSK SJE083 Re-Edition — based on a faithful recreation of the King Seiko KSK from 1965 — you can purchase a new King Seiko for the first time in many years, albeit as a limited edition only.

Presented in a 38.1 mm by 11.4 mm stainless steel case (with a super-hard coating that reduces scratching), everything from lugs to the blade-shaped hands to the large applied faceted indices and Seiko logo is like the original.

The case is 0.5 mm thicker and slightly wider but it gains a date function and the 25 jewel manual wind movement from the original has been upgraded to a modern 4Hz 26 jewel automatic caliber. Interestingly, this re-edition also shares a lot in common with the 1964 Grand Seiko Self-Dater, which came out a year before the 1965 reference KSK that the 2020 King Seiko LE is based on. The Grand Seiko had a higher jewel count and was chronometer rated whereas this, nor the original, have been adjusted chronometer specifications out of the factory.

A box-shaped sapphire crystal protects the dial and at 12 o’clock — another nod to the first KSK — is the intricately faceted index that sparkles as the light hits it at different angles. The angles of the case are similar but distinctive from the Grand Seikos of the period, although the polishing method, known as Zaratsu, which is Seiko’s proprietary distortion-free mirror finish, is the same.

Adding further touches of the past really takes you back and the 2020 King Seiko SJE083 Re-Edition features the King Seiko gold medallion in the center of the screw-down caseback, the vintage style “W” and “SEIKO” are embossed on the crown, and even the buckle is emblazoned with the “SEIKO” logo used at the time.

The King Seiko KSK re-creation is water-resistant to 50 meters, comes with a black crocodile strap, and will be available from January 2021 as a limited edition of 3,000 individually numbered editions available Seiko boutiques and at selected retail partners worldwide for a retail price of $3,300.