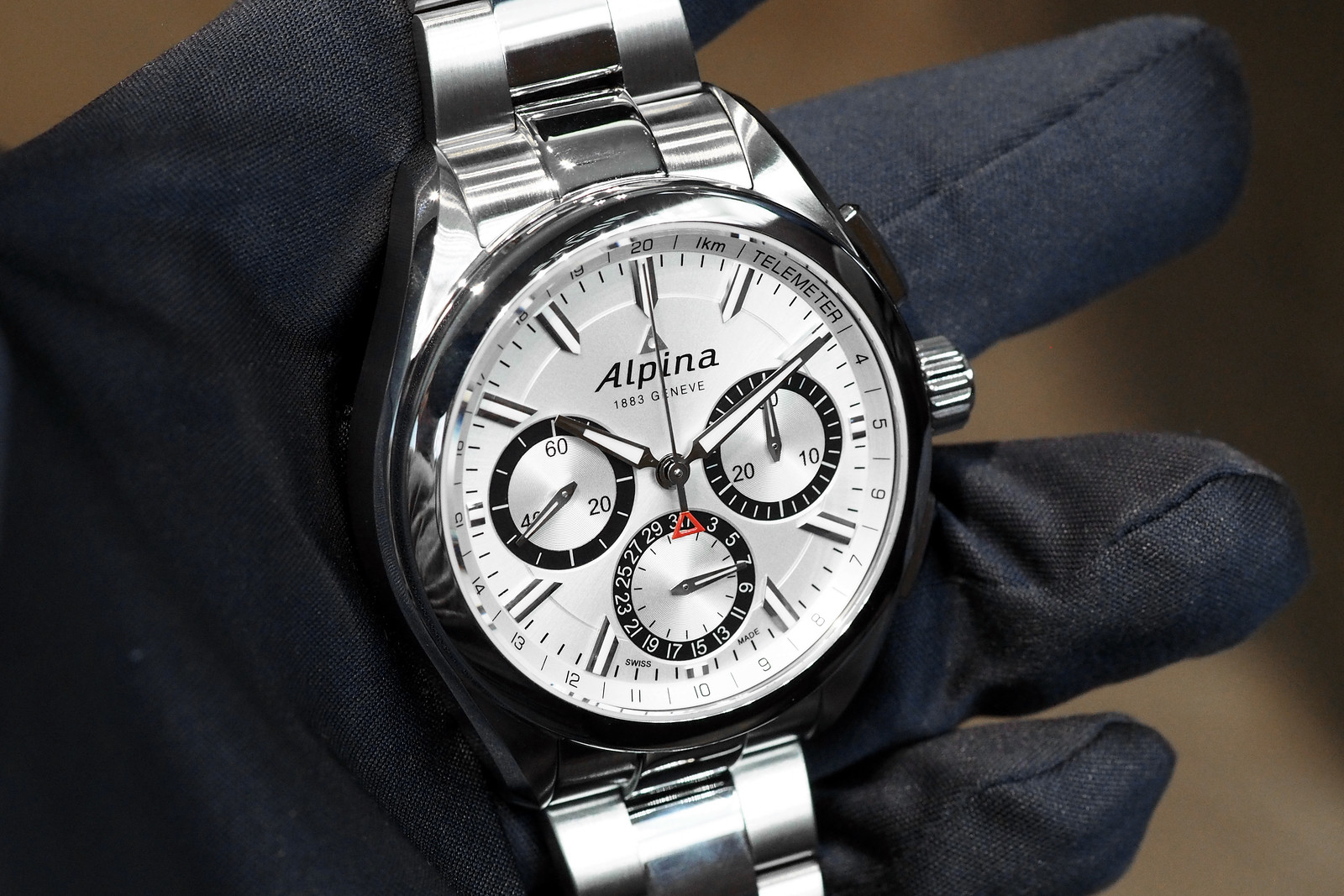 After three years of development, Alpina has unveiled a new in-house chronograph movement that is based on the brand’s automatic AL-710 caliber, with the addition of a flyback chronograph module (it’s not an integrated chronograph).

The timepiece operates at 4Hz, has bi-directional winding, a 38-hour power reserve, and 233 components (96 for the flyback module). “An unmistakable characteristic of high-quality chronographs is a column wheel rotating on bearings to control the three start, stop and reset functions. In conventional mechanisms, this component has several columns. In contrast, caliber AL-760 has no standard-type column wheel, but a star-shaped one. Together with the operating lever, which is controlled by the start/stop push-piece, this component is responsible for the exceptionally smooth operation of the mechanism,” according to Alpina.

Instead of using a horizontal wheel coupling, oscillating pinion or vertical clutch, Alpina created a new way to actuate the chronograph mechanism which they refer to as a swiveling component with two toothed pinions.

Alpina says that the new design works like this, “when the button is pressed, it connects the two ‘storeys’ together. At the lower level, in the watch movement proper, it takes up the rotation of the centre seconds and conveys this, via the corresponding upper component, to the actuating mechanism to turn the chronograph hands. At the same time, the lower central seconds also drive the seconds hand at 9 o’clock, which turns continuously in unison. The rotations of the chronograph hand are “recorded” by the 30-minute counter at 3 o’clock.”

The new caliber AL-760 is making its debut in the Alpiner collection and represents Alpina’s 5th in-house movement. Ultimately, it will end up in other Alpina chronographs as well. Not to mention, it is all but guaranteed the flyback module will eventually be implemented within the Frederique Constant line, as they are owned by the same group and do not yet have an in-house chronograph. (Editor’s note: the design is already being used in a new Ateliers de Monaco chronograph. Ateliers de Monaco is the high-end brand of the group.)