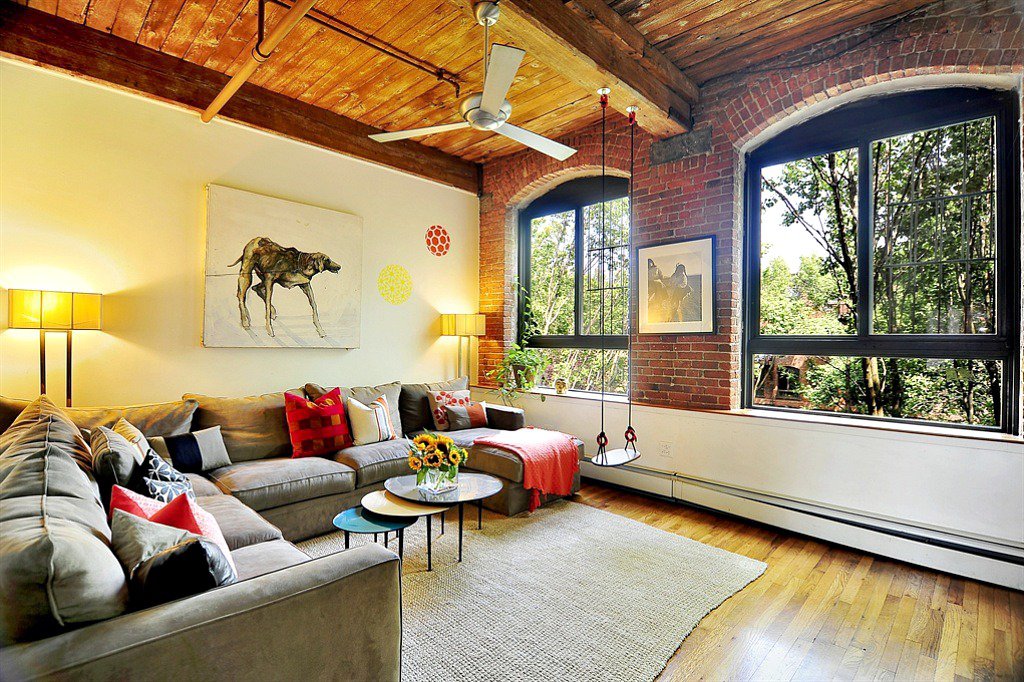 The Ansonia Clock Company was major a manufacturer of American clocks from 1850 to 1929. They produced millions of clocks during this period. The clocks were originally manufactured in Ansonia, Connecticut, but by 1878 the company had become so successful that they needed to expand. They bought a building in Brooklyn, NY (420 12th Street), and moved most of their operations there.

By the 20th Century, the business had slowed down and in 1926 the company sold its Brooklyn warehouse. In 1929 the majority of the timekeeping machinery and tooling were sold to the Soviet government’s US trading company Amtorg, just before the stock market crash.

Today, the former Ansonia Clock Company’s historic warehouse is now a co-op featuring converted-lofts. In converting the pre-war commercial building to residential, Hurley & Farinella Architects wanted to keep the building’s provenance so they kept details such as the exposed brick, factory beams, and wood ceilings intact.