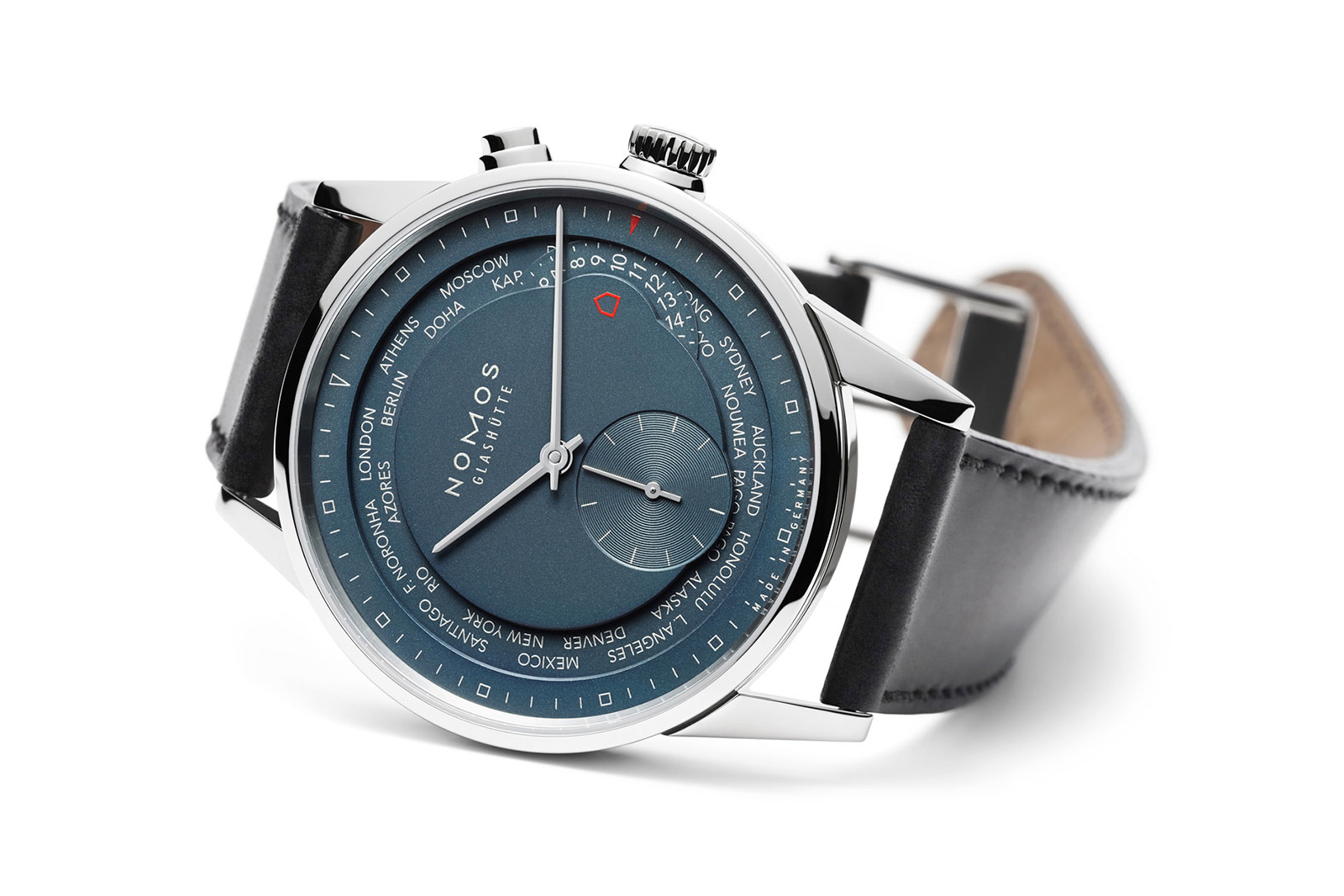 This is the new “true blue” version of the NOMOS Glashutte Worldtimer. It operates the same as before: a single push button (at 2 o’clock) allows you to quickly rotate the outer ring until the correct city is at 12 o’clock, causing the hour and minute hands to instantly jump to the local time.

However, in addition to the beautiful new galvanized blue dial, the patented in-house caliber now features the NOMOS escapement system (swing system). Notably, the hairspring is still outsourced from a local German manufacturer, though. To reflect the change, the movement previously called the “Xi,” is now referred to as caliber DUW 5201. Moreover, the price of the watch has increased slightly. Likely as a result of the new improved in-house escapement system and/or currency fluctuations.

The three part stainless steel case is fully polished, has a thin fixed bezel and measures 39.9 by 10.85 mm. The front has a domed glare-proofed sapphire crystal, with a flat screwed-down sapphire glass on the back. The hour and minute hands are rhodium-plated and faceted, which looks terrific against the blue dial. The home time is indicated via the 24-hour disc at 3 o’clock, which is controlled by the crown. Small seconds can be hacked via the crown. 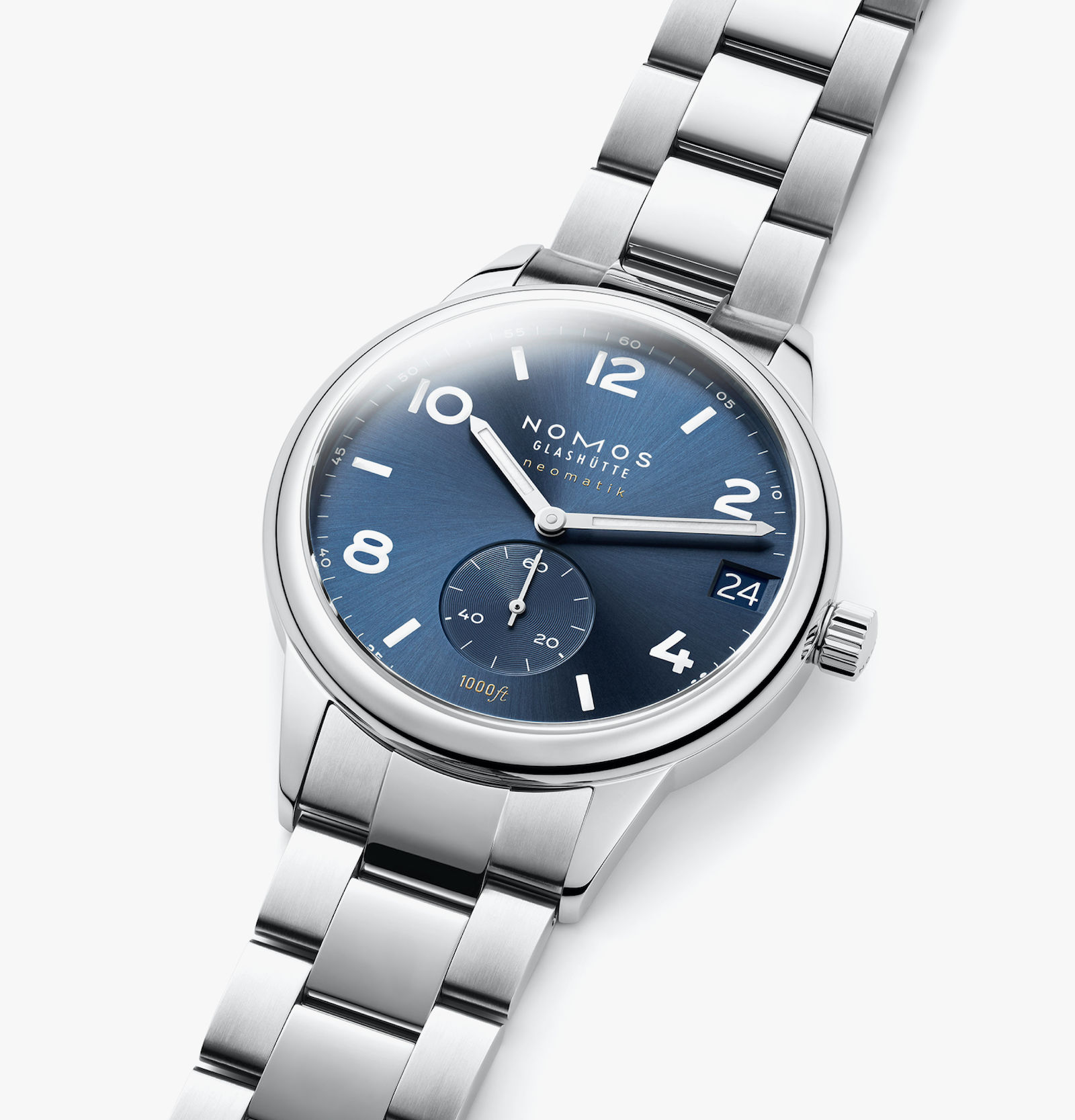 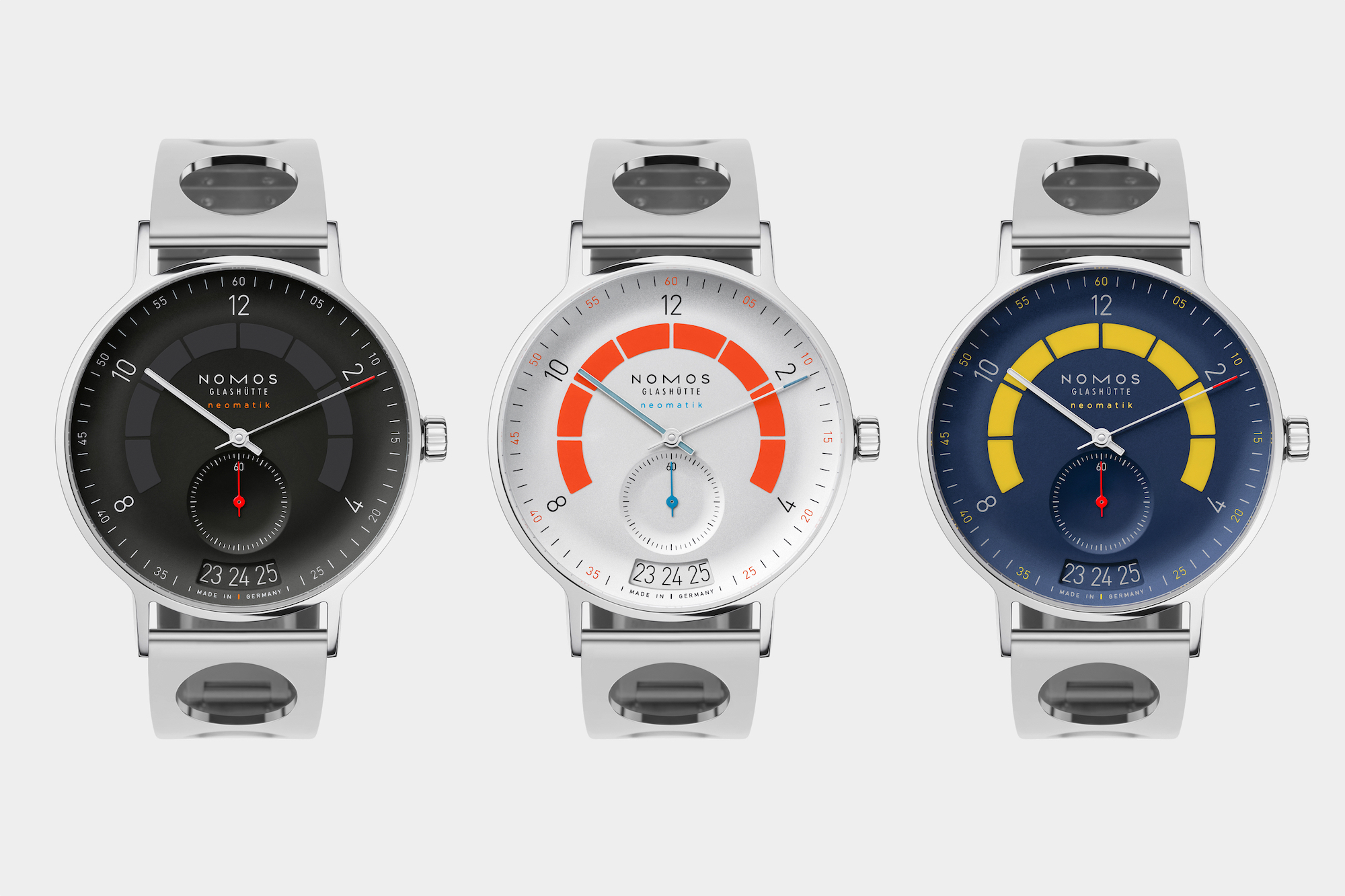 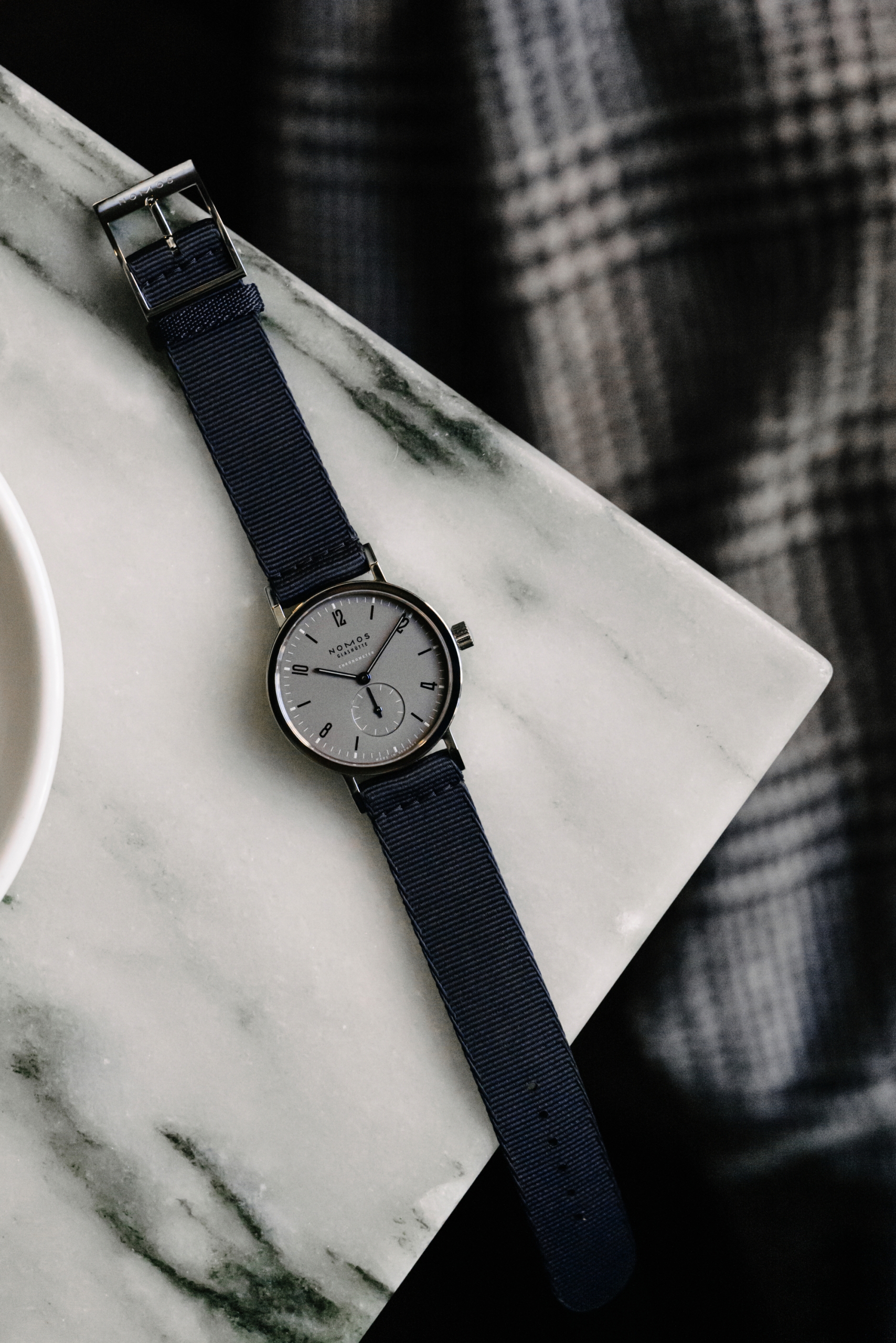