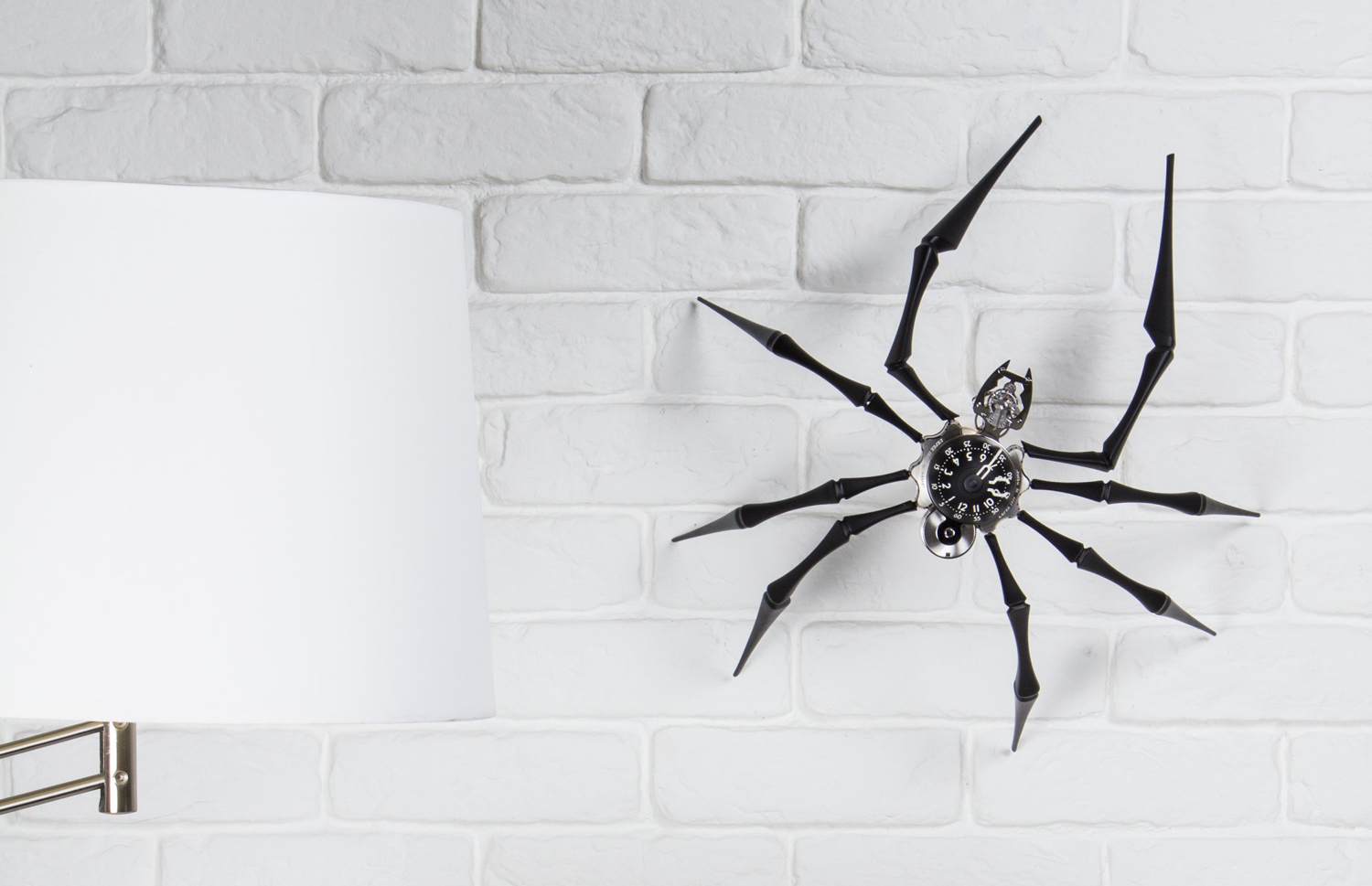 Arachnophobia is a mechanical table clock shaped like a spider. It was conceived by MB&F and produced by L’Epée 1839. Aptly, in addition to sitting horizontally as a table clock, it can be mounted vertically on the wall as well.

A total of 218-components make up this high-end clock that was inspired by a spider sculpture called “Maman,” which means mother in French and was created by Louise Bourgeois (1911-2010).

According to MB&F, “The spider’s head and torso is a modified high-end L’Epée clock movement boasting a power reserve of 8 days. The body’s black dome and white numerals display the hours and minutes. At either end of Arachnophobia’s abdomen, important mechanical processes take place: the head houses the regulator with its oscillating balance wheel (and a set of jaws), while the other end contains the mainspring barrel powering the movement. Attached to the abdomen are the eight articulated legs. Those legs will make Arachnophobia stand tall on a desk… but like any spider, it can also be installed on a wall thanks to an ingenious mounting system.” 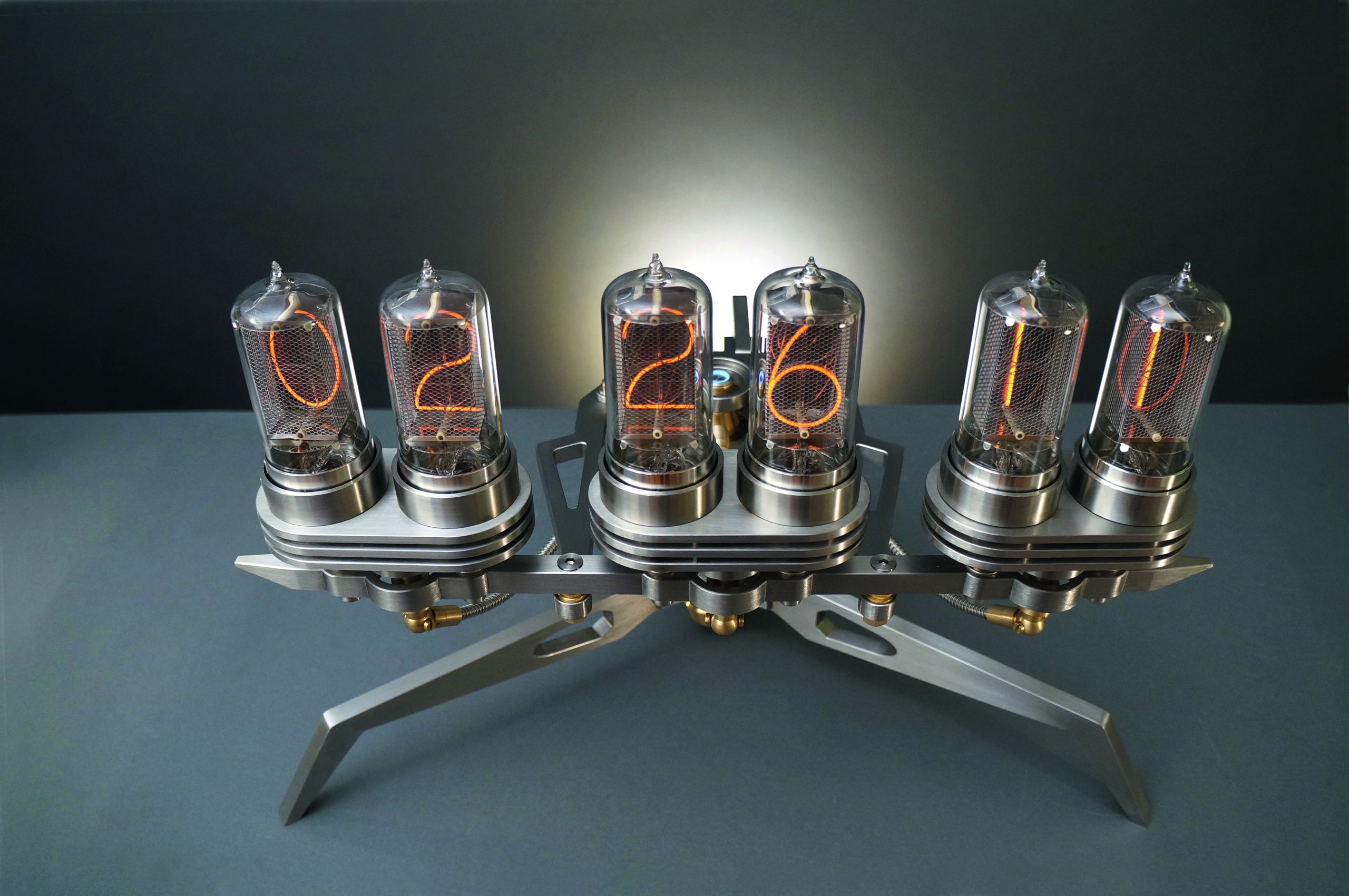 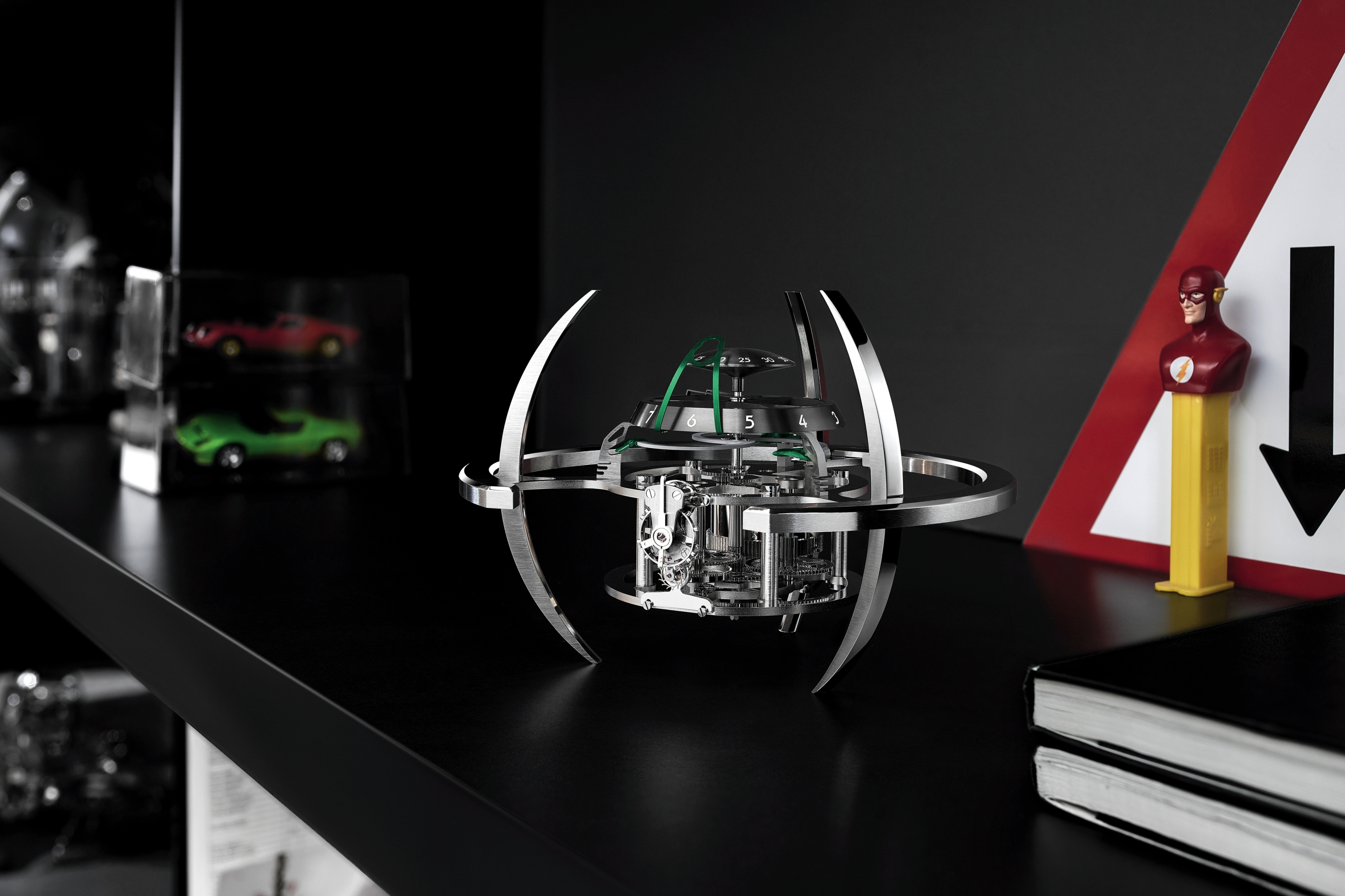