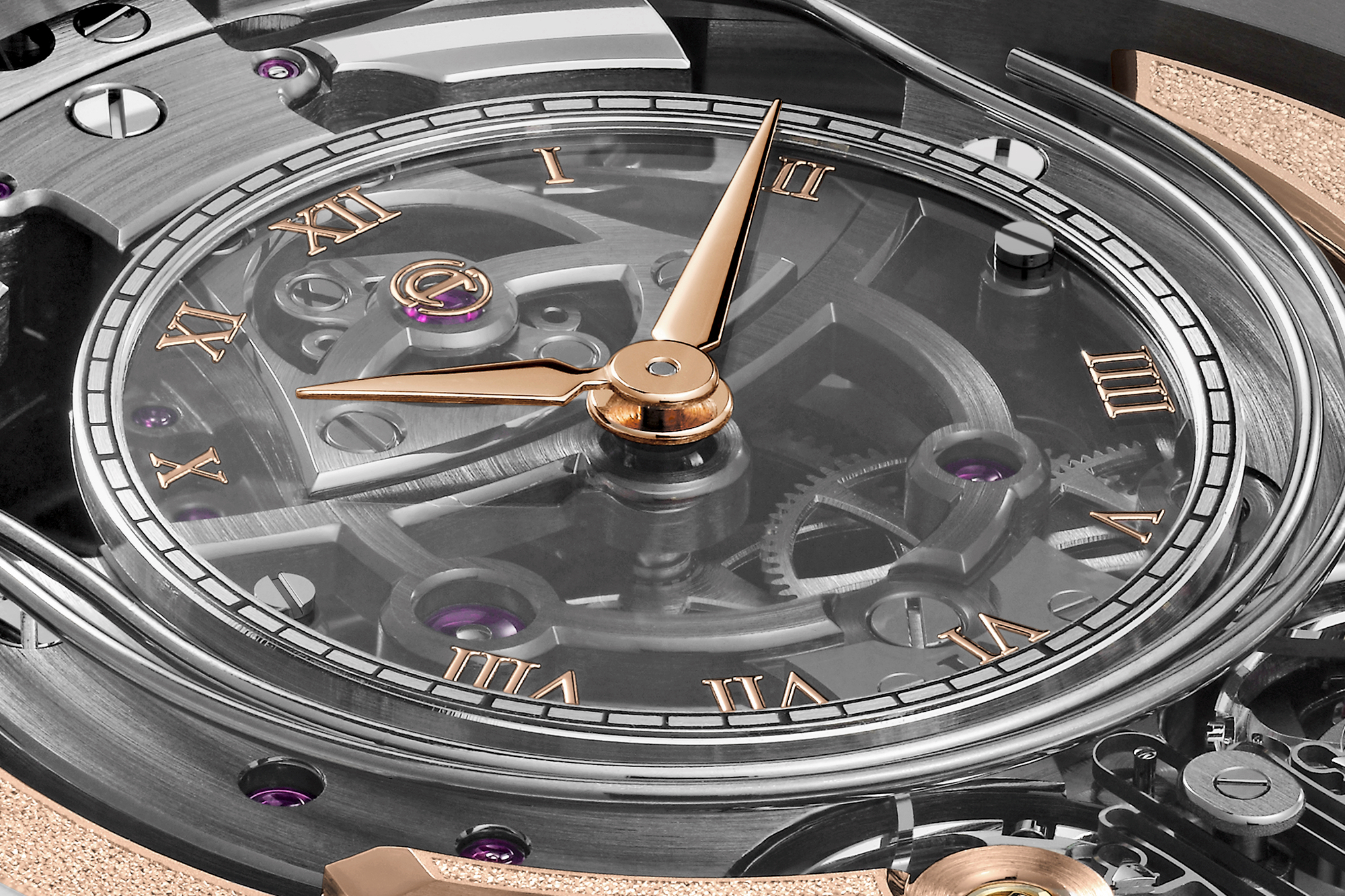 The Minute Repeater Resonance is the world’s first resonance chiming wristwatch, made to celebrate 10 years since Armin Strom became a manufacture.

Utilizing both resonance by the vibration of the connected oscillators, and the connected minute repeater gongs, this watch achieves two forms of resonance: oscillation and sound propagation. To do so, Armin Strom combined their resonance know-how with Le Cercle des Horloger’s knowledge of repeaters and built the most complicated watch the company has ever created.

Two vertically-stacked independent movements and two independent mainsprings in one barrel, result in sound and timing that’s in perfect resonance.

Made of grade 5 titanium, the material enhances the sound of the minute repeater as it chimes. Not to mention, the titanium also makes the relatively large 47.7 mm x 16.10 mm case, much lighter on the wrist than steel or precious metal.

The case needs to be this size to accommodate the substantial 39.40 mm x 11.35 mm movement. A total of 408 components, 51 of which are jewels, make up the manually wound caliber ARR18.

On the dial side, you get hours and minutes on a transparent off-center dial with rose gold Roman numeral hour markers and hands. There’s no date, power reserve, or any other function, it’s very basic in that regard. But you do get to see the beautifully finished minute repeater hammers, gongs (the chimes are enhanced by attaching the gongs directly to the case), and the governor (which you can see supported by its own traversing bridge at 12 o’clock), in action as it audibly sounds the hours and minutes, when the slide on the left flank of the case is activated. Plus, you have an unimpeded view of the entire dual oscillation resonance system, including the patented resonance clutch spring and 18K rose gold frosted and beveled balance bridges.

“Activated by a slider on the left side of the case band, two hand-polished hammers at 11 o’clock and 1 o’clock respectively chime the hours and minutes on two three-dimensionally curved gongs encircling the hour/minute subdial. The hammers are visually and technically balanced by the two independent regulators – one for each of the two movements – at 5 o’clock and 7 o’clock,” according to Armin Strom.

A specially developed security system maximizes ease-of-use by protecting the minute repeater from accidental damage by blocking operation during time-setting and winding.

While it has been long known that resonating coupled oscillators in watch and clock movements improve accuracy, less known is that resonance also conserves energy. Armin Strom’s laboratory testing has revealed gains in precision of 15-20%.

The Armin Strom Minute Repeater Resonance comes on an alligator leather strap, is 30 meters water-resistant, and is a limited edition of 10 pieces in Grade 5 titanium in honor of the 10th anniversary of the manufacture. Retail is $380,000.