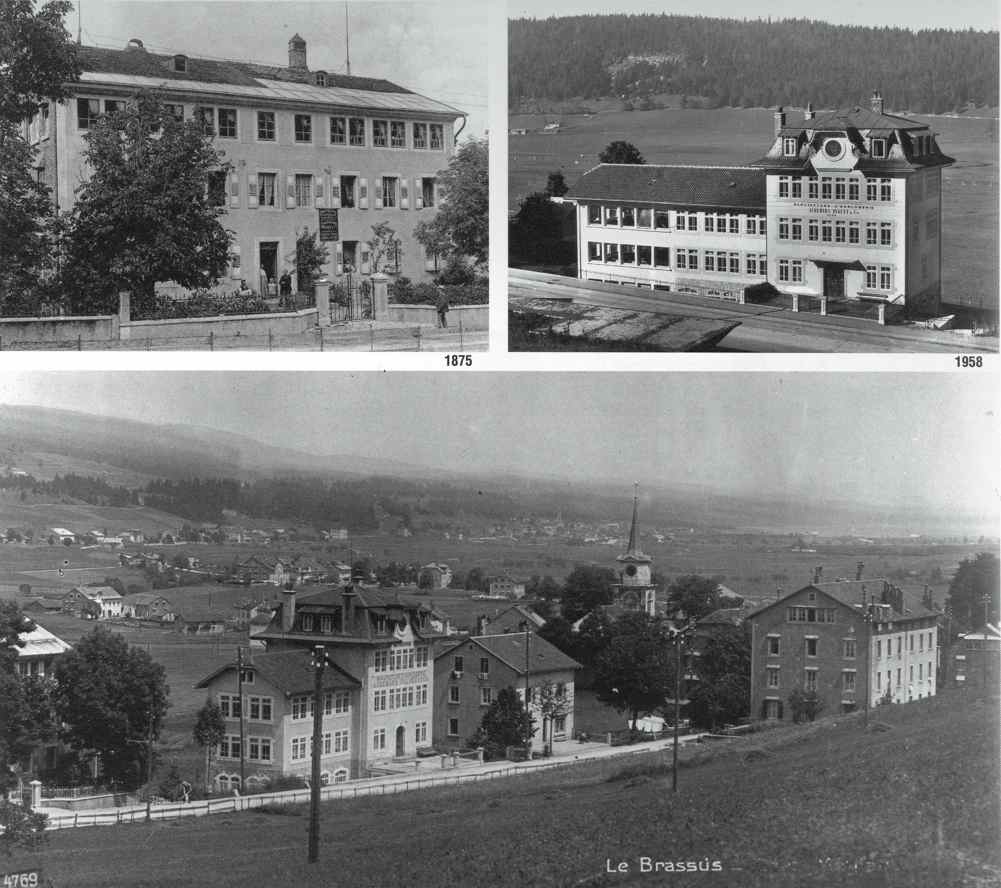 Audemars Piguet is one part of the “Holy Trinity” along with Patek Philippe and Vacheron Constantin. Knowing this — and the company’s provenance — greatly increased my perceived importance of the brand prior to visiting Le Brassus.

In March, I was already in Switzerland attending Baselworld so afterward, I took a train to Geneva, and then the next day I traveled by car about an hour northwest of Geneva, and over a mountain pass, down to the famed Joux Vallée — where AP has been located for well over a century.

Traveling down the winding mountain road, peering out into the idyllic, almost mythical, valley, where so much of the best watchmaking has originated — is something I’ll never forget.

Moreover, the nostalgic feeling it created when I saw the different parts of a factory, that represent such a historically significant part of watchmaking is a memory that I will remember forever. One of the best parts of the all-day tour was visiting the Audemars Piguet Museum, which the longtime museum curator, Martin Wehrli, gave me a highly detailed tour of while explaining the incredible history of the brand, the way only someone that lived it could have done.

The first part of my tour of the Audemars Piguet factory and museum, in LeBrassus, Switzerland started in the “forged carbon” department.

First, the raw fibers are unrolled, measured, and cut. The small strands of carbon are then weighed on a digital scale, where they must be accurate to 1/100th of a gram. If the weight is off, even a hundredth of a gram, the process will not work.

The weighed fibers are sealed in a small, dust-free container and taken to an adjacent room. Here, the carbon fibers are inserted into a metal mold for forging. This is done within a work surface that features a semi-sealed electronic dust filtration system. Dust can easily cause a piece to be rejected, so many steps are taken to prevent this.

AP recently added the capability of making watch hands in-house. (Below are a few shots of the area where watch hands are now made.) Below is a CNC machine used to produce the casebacks for the Royal Oak Offshore. (ROO “Survivor” backs shown).

These machines and the people trained to operate them could easily be outsourced but AP is a true manufacture and so they keep as much of the production in-house as possible. With a case and integrated bracelet as intricately finished as the Royal Oak, manufacturing these items is practically a non-negotiable. Let alone the famous “Grand Tapisserie” dials, which are made the old way on a guilloche machine as you can see in this video.

The After Sales Service Department

The third part of my Audemars Piguet factory tour was a visit to the AP after-sales department. This was a very fun department to visit because you could sense a true passion for watchmaking. And because laying on top of the different workbenches, were some of the most complicated timepieces I’d ever seen. Grand complications, minute-repeater, quarter-repeaters, tourbillons, and more.

The information for every Audemars Piguet watch is logged into a computer database to keep records and the old printed files have also been scanned and logged, meaning that AP has files dating back as far as the late 19th century. All clients receive a document detailing what was done, the watch performance rates, and so forth, after receiving a factory service.

Not all timepieces need to come to Switzerland for service, typically that’s for the most complicated pieces only. Many timepieces located in the US will go to Audemars Piguet’s watchmaking center in Florida for service.

The final stop on my Audemars Piguet tour was the AP museum. The museum is housed in the old building where Audemars Piguet was founded in 1875. It is one of the most popular horological museums among serious collectors, because the collection is so far-ranging, that almost every important complication is on display.

To show me around was AP Museum Director & Curator, Martin Wehrli. During the tour we went room to room, viewing every piece of this truly amazing collection. Each room and each piece with its own story. Martin explained the historic and chronometric importance of every timepiece in the collection, whether it was the world’s smallest minute repeater or the first-ever Royal Oak Offshore. Telling a story of the rich watchmaking tradition, that began 250 years ago in the heart of fine Swiss watchmaking – the Vallée de Joux.

“Thank you” to Juliane Gauthier, Martin Wehrli, Michel Golay, Sylvie Morselli, and the entire staff of Audemars Piguet for their courtesy, kindness, hospitality, and assistance in making this amazing tour possible. Spending an entire day learning about a brand that dates back to the late 19th century was an unforgettable experience.