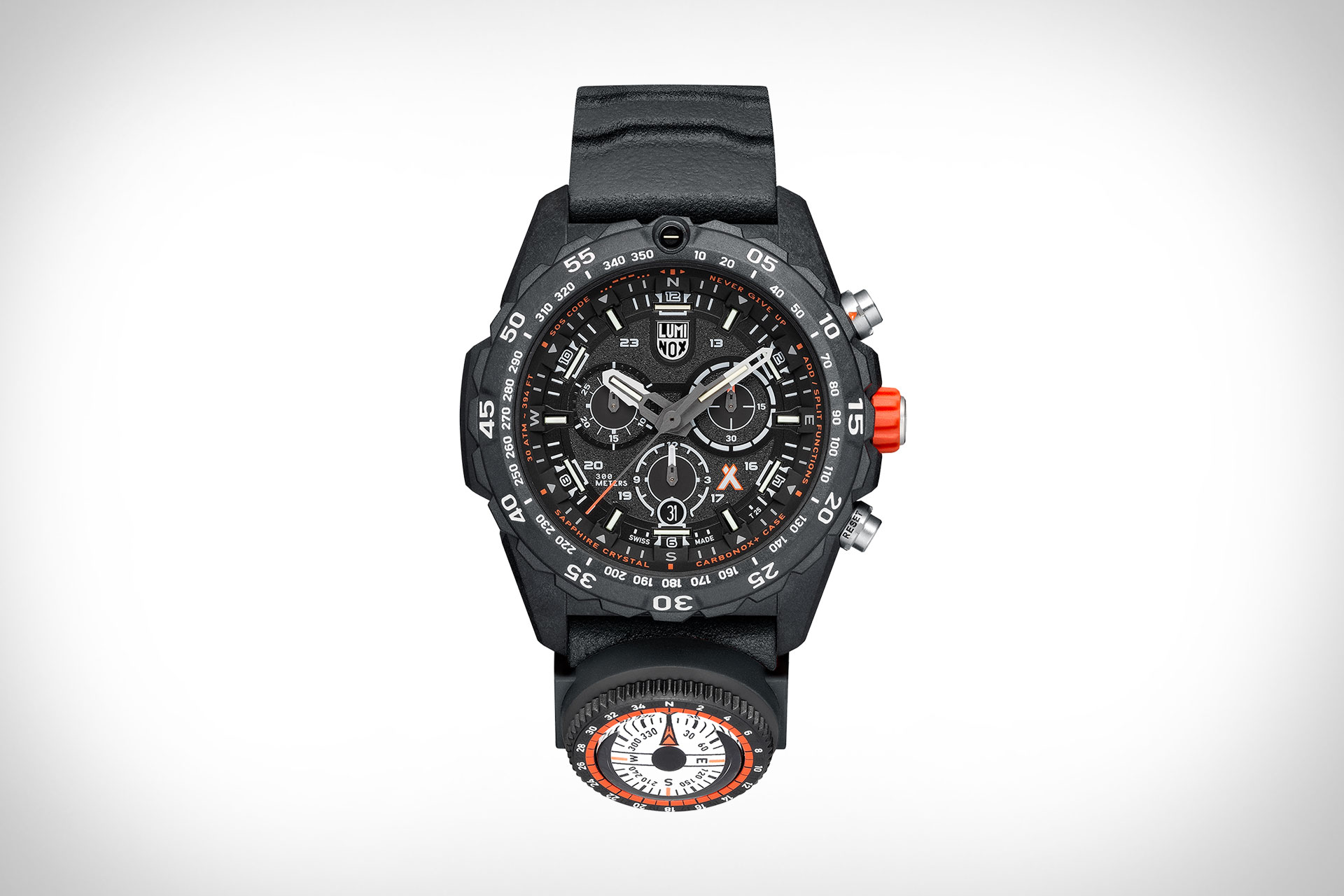 Bear Grylls (Edward Michael Grylls), is a former British SAS serviceman, a survival instructor, an honorary lieutenant-colonel, and a reality television survivalist. He’s probably the most well-known survivalist in the world — of Man vs. Wild fame (2006-2011). After that show, many different shows followed, most recently Bear’s Mission and You vs. Wild. And while I’m not sure anything ever topped the original Man vs. Wild, the legend of Bear Grylls does not seem to have waned.

Dating back to the original series (in 2008) we briefly covered some of Bear Grylls’ watches — including a Breitling, Tissot, and Bremont —  in this post. From the search data generated, we know objectively, that people really want to know what Grylls wears on his wrist, even twelve years later. Therefore, it would not be a stretch to say the new Bear Grylls Survival collection by Luminox could be incredibly successful. Why? It’s an official collaboration, whereas the other watches he wore, to our knowledge, were never specifically made for him, or with his input. Not to mention every piece is priced under $900. It’s a tough price point, with the thousand-pound gorilla (Apple Watch) competing within the same range, but then again who would rely on a relatively fragile, electricity-hungry, cellular signal-dependent watch in a survival situation.

The new Bear Grylls Survival collection, which was made with his input — and with survival in mind — becomes officially available from Luminox in February. The collection is already available for pre-order.

All six timepieces come in rugged, yet lightweight forged carbon fiber alloy cases, made from a material called Carbonox, that’s trademarked by Luminox. Four of the six total references measure 45 mm in diameter, and the remaining two are 42 mm in diameter.

Reliable Swiss-made Ronda quartz movements drive the time, date, and chronograph functions. These are all battery-powered, which means if they run out of energy they can not be wound via motion or by winding the crown, however, the batteries last a very long time, and quartz has superior accuracy, excellent shock-resistance, plus costs significantly less to produce than mechanical movements.

Interestingly, some models have a walking speed scale on the bezel, to calculate walking speed. A compass is built into the strap of two references. One of the timepieces, aptly, has a paracord survival strap, like those seen with the ultra-durable Victorinox INOX line.

All Bear Grylls Survival wristwatch models have screw-in steel casebacks, screw-down crowns (bright orange colored), and either 200 meters or 300 meters of water-resistance, which is more than enough to protect against water entering the case. The two top-of-the-range models — designated by the “Master Series” label — have a sapphire crystal protecting the dial, whereas the rest of the line uses hardened mineral crystals.

Every dial is emblazoned with the Bear Grylls’ signature cross logo. Retail prices range from $445 to $890 and they are currently available to pre-order with shipments beginning February 15, 2020.