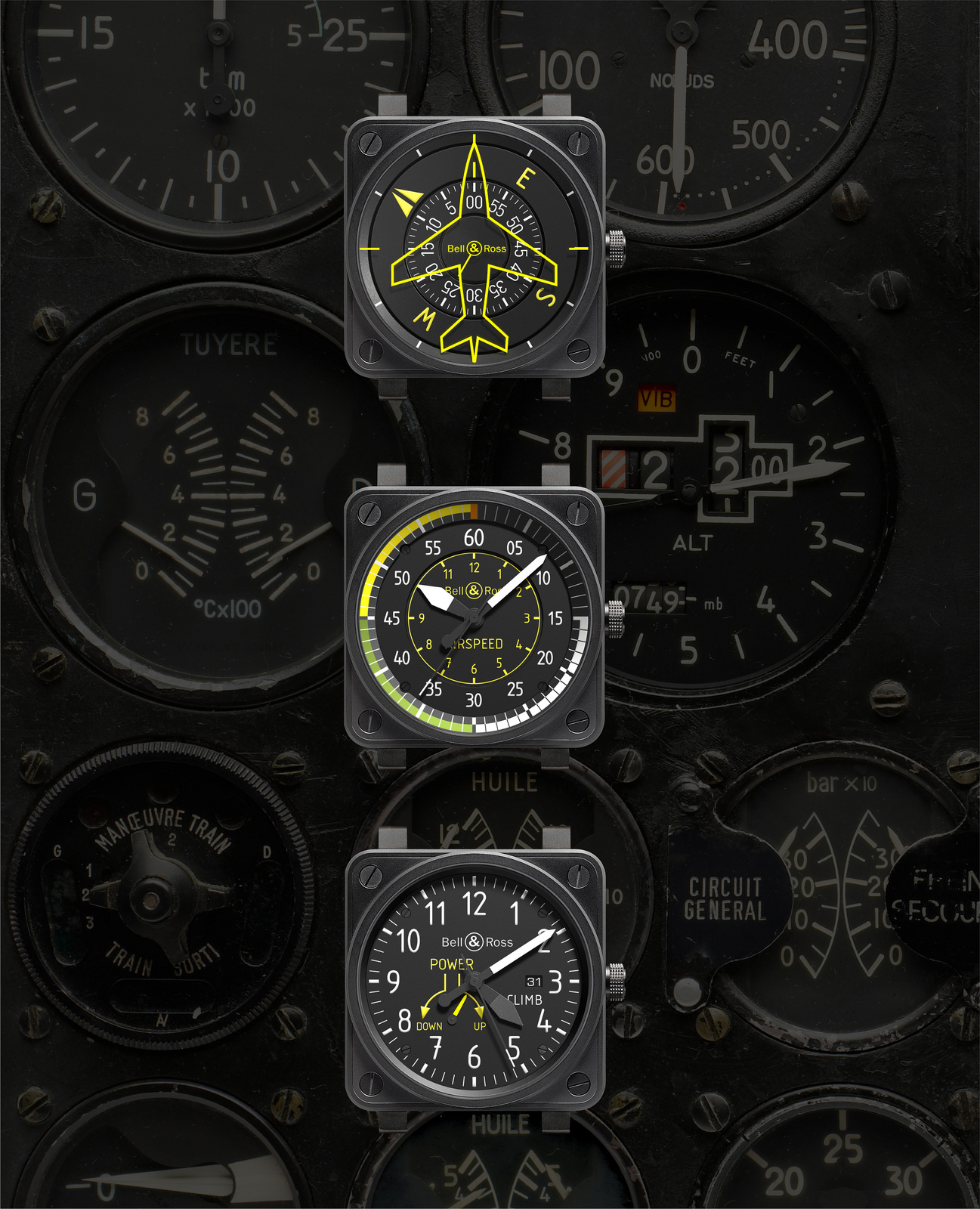 All models come in the iconic 46 mm square Bell & Ross case. Each model comes in a black matte PVD coated stainless steel case with screw-in crown, rubber and heavy-duty synthetic fabric strap with matching black buckle, sapphire crystal with anti-glare coating, 100 meter water-resistance and an ETA movement (ETA 2892 powers the BR01-92 Heading and Airspeed, and an ETA 2897 powers the BR01-97 Climb – the difference is that the latter has a date function). The functions and dials are what separate the models.

The BR01-92 “Heading Indicator” has a gyrocompass, which is a heading indicator. It is used during both manual flight and autopilot. The BR01-92 “Airspeed” has an anemometer, or airspeed, which indicates speed. It measures an aircraft’s speed in relation to the air through which it is moving and allows the plane to be flown in a controlled way, even with zero visibility.

The BR01-97 “Climb” has a variometer or vertical speed indicator, climb, indicates to the pilot at all times whether the plane is ascending, descending or in level flight. This instrument works using atmospheric pressure and is graduated in hundreds of feet per minute.

For all three of the new BR01 Aviation models, Bell & Ross recreated the graphic look of navigation instruments as closely as possible, which I must say, is pretty cool.

“These three new models –BR01 HEADING INDICATOR, BR 01 AIRSPEED and BR01 CLIMB– are each available in limited editions of 999 pieces. The first 99 will be offered exclusively in a lavish collector’s box containing the six instruments: BR 01 HORIZON, ALTIMETER, TURN COORDINATOR, HEADING INDICATOR, AIRSPEED and CLIMB. The box is designed as a control panel where the essential instruments are laid out in T shape for optimum legibility.

An exclusive box that will make its owner feel as though they own a fragment of an aircraft’s cockpit, delighting both aviation fans and watch collectors.” 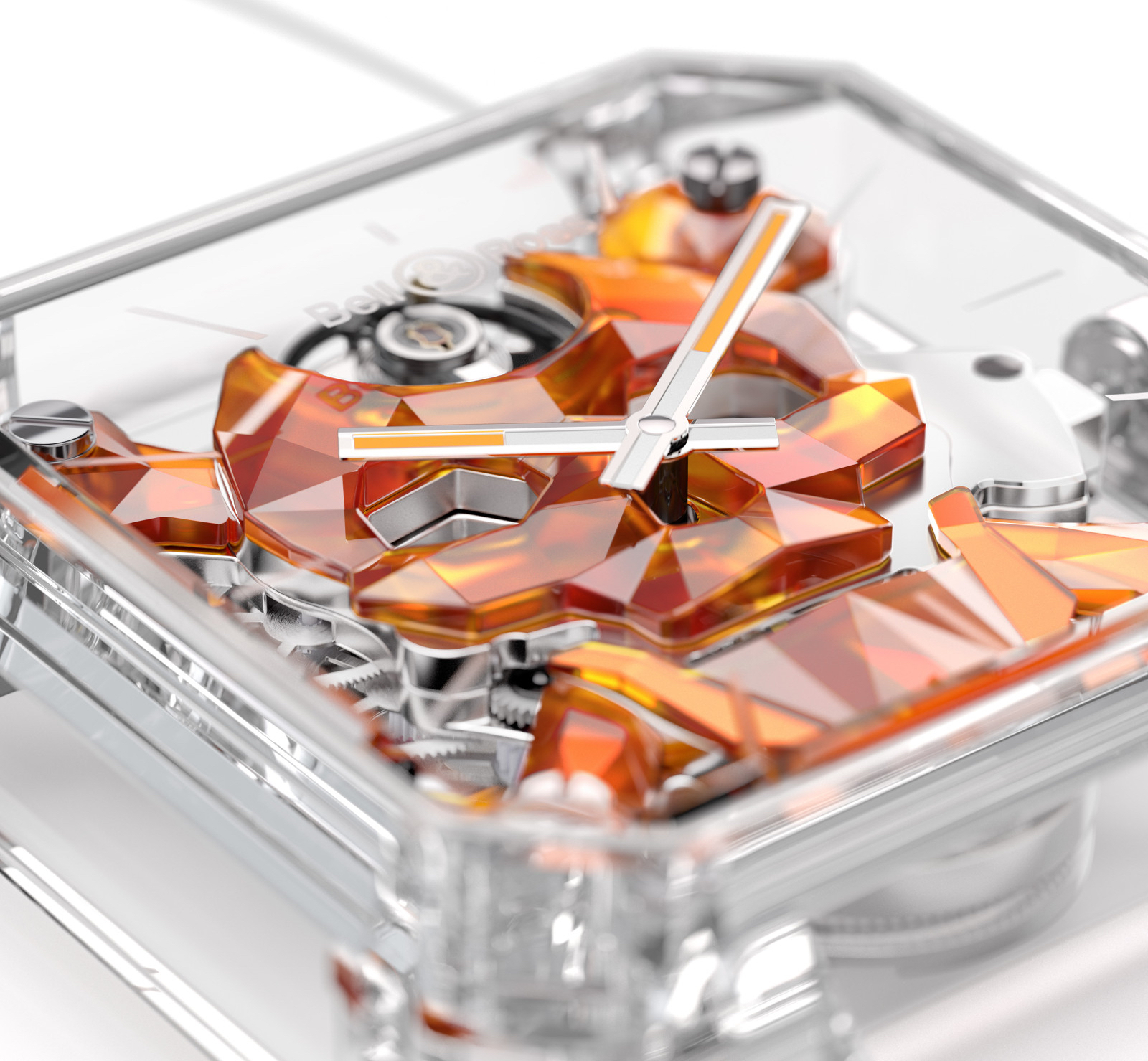 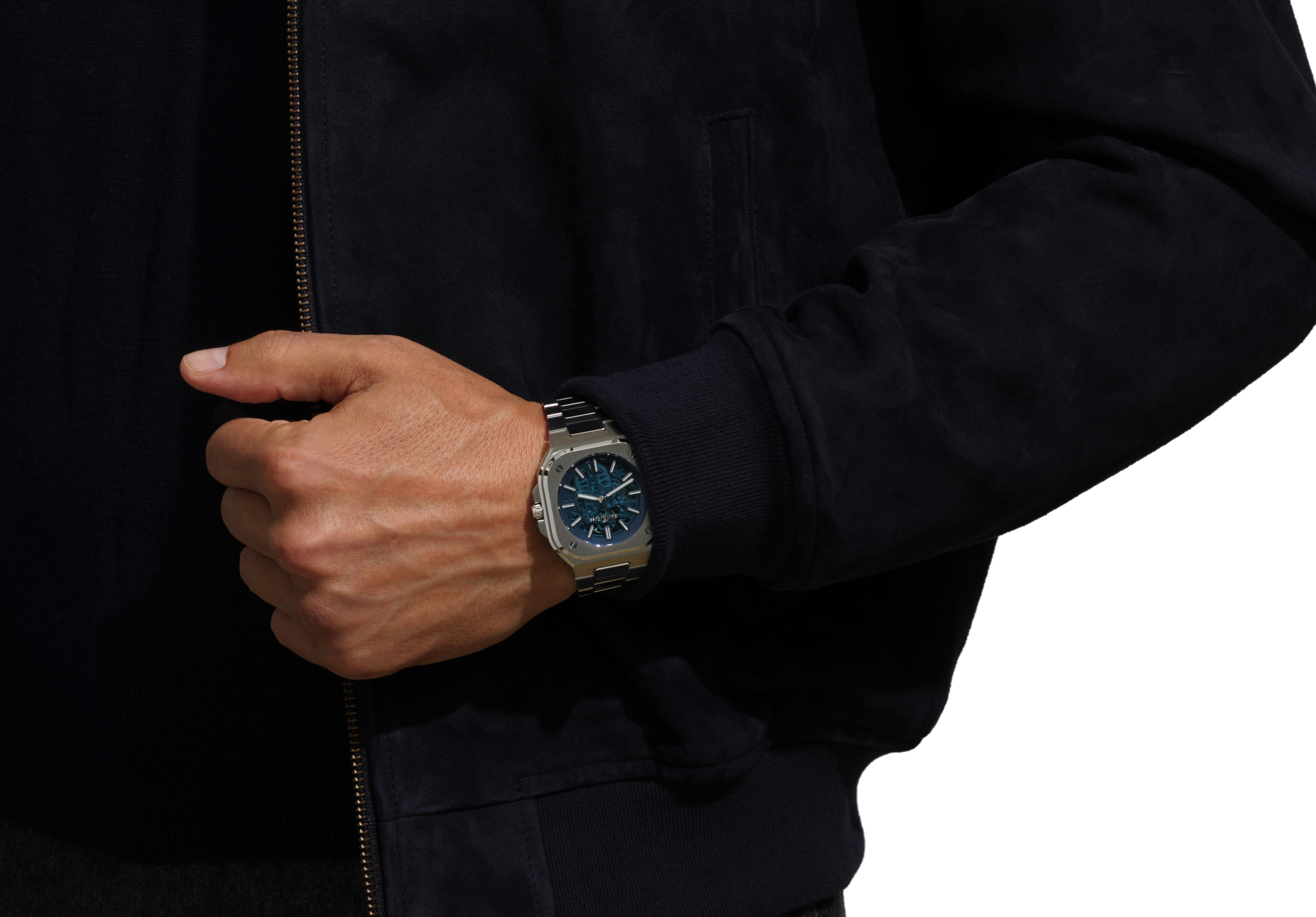