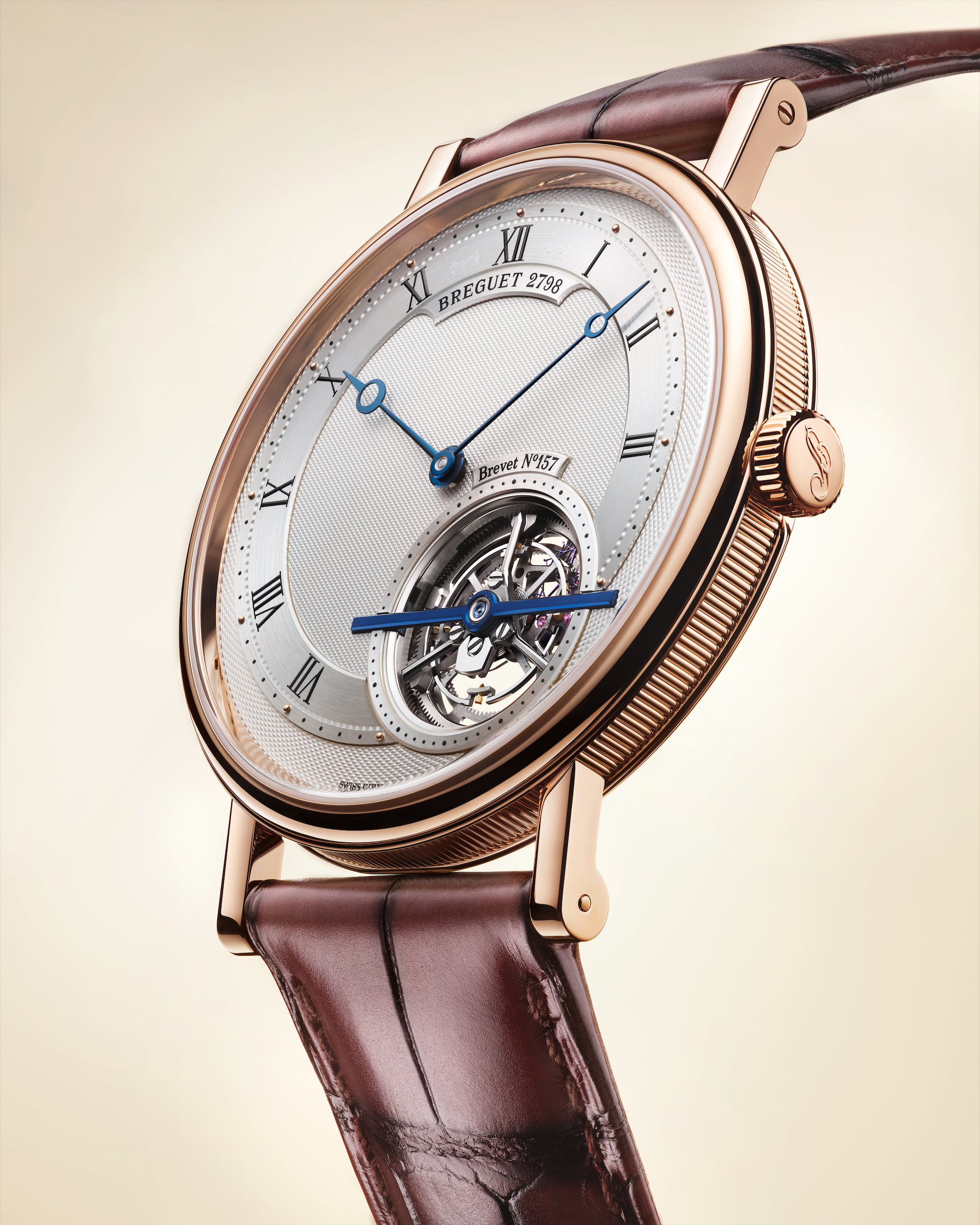 This week, Breguet announced a new limited edition tourbillon Classique Tourbillon Extra-Plat Anniversaire 5365 that pays homage to the founder and his company’s invention.

The words “Anniversaire 1801–2021” are engraved on the mainspring barrel, as a further nod to the company’s invention. And finally, the watch is limited to 35 numbered pieces, representing the number of tourbillons produced by the company during the founder Abraham-Louis Breguet’s lifetime.

Breguet’s extra-thin rose gold case measures 41 mm x 7.08 mm and is similar to existing timepieces within the collection, with fluted baseband and an 18K gold silvered gold engine-turned dial with both Clous de Paris and grain d’orge and manually applied guilloche-work. The chapter ring features a Breguet frosted surface with printed Roman numeral hour markers. The steel hour and minute hands have a Breguet open-tip design and have been blued.  The dial side bridge of the 60-second tourbillon has also been blued, and the tourbillon cage itself is marked so you can use it as a small seconds display along with the silvered chapter ring that surrounds it.

The extra-flat automatic movement, caliber 581, beats at 4Hz, has 33 jewels, is adjusted in 6 positions, and has an 80-hour power reserve. The mainspring barrel is automatically wound by a peripheral platinum rotor, that has been engine-turned with a wave motif.

The Classique Tourbillon Extra-Plat Anniversaire 5365 (Ref. 5365BR/15/9WU) is available as a limited individually numbered edition of 35 pieces and retails for a price of $161,800.