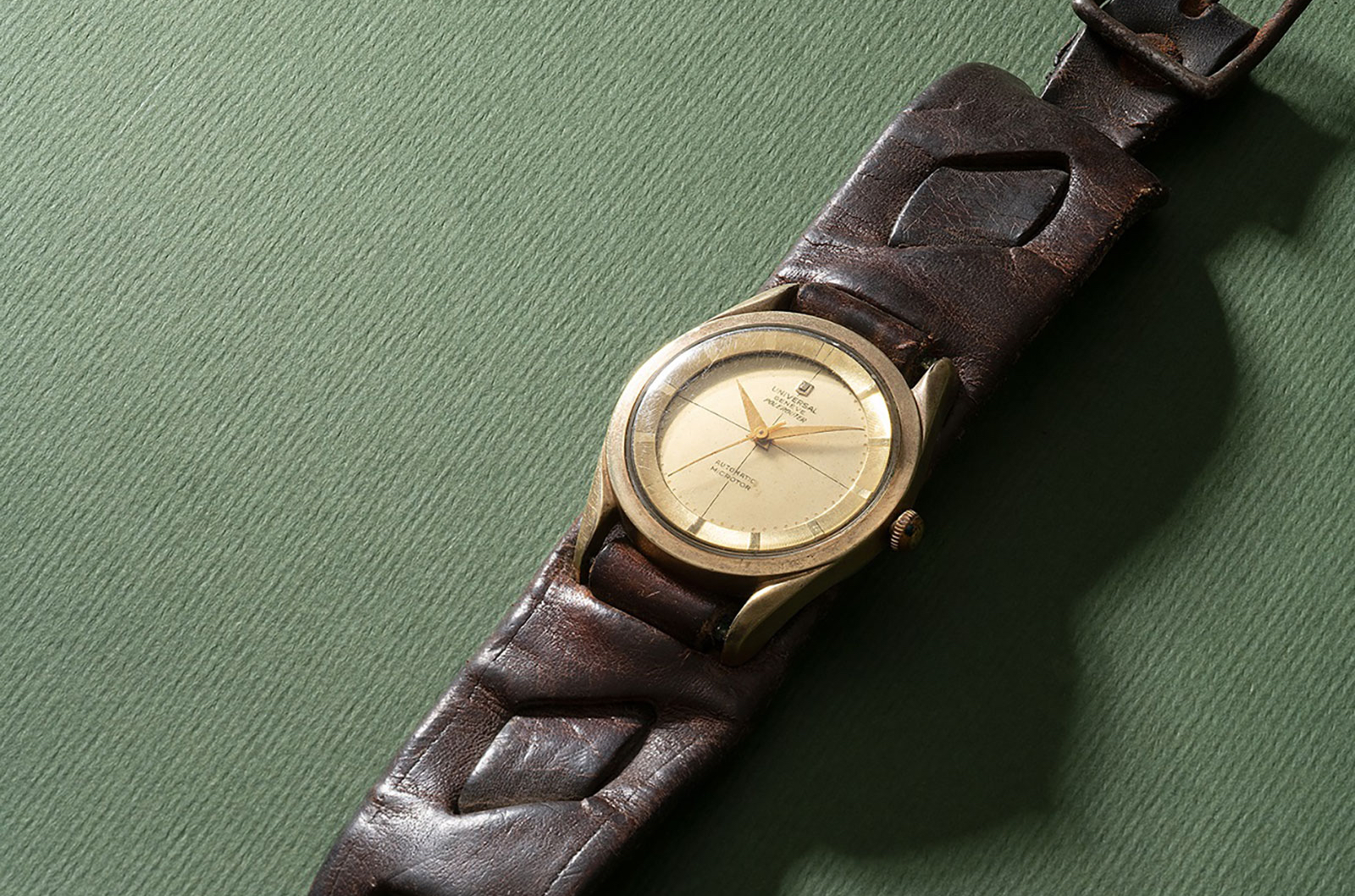 Last month, Bruce Lee’s Universal Genève Polerouter sold at an auction by Phillips in Hong Kong. The estimate was $10-$20K but the final sales price for Lot 860 of the Phillips & Blackbird: Sports Hong Kong Auction on May 27, 2019, was north of that at $28K.

Seems like not that much in an era where timepieces worn by the world’s most famous people can command millions. There is no question that Bruce Lee qualifies but perhaps the Universal Genève just does not have the cachet required to get the right collectors interested.

According to Phillips Lee was photographed with this particular wristwatch and usually wore his watches on a cuff-style leather strap (bund strap).

At 35 mm this yellow-gold-plated stainless steel 1950s Universal Genève Polerouter wristwatch is a bit small, although that’s not stopped collectors from buying Daytonas and Pre-Daytonas at obscene prices.

“Confirming the provenance of the watch, the present lot is accompanied by a letter from the former owner confirming that Lee gifted the watch to his father, Herb Jackson, one of Lee’s earliest students and later a close friend. The letter further states the watch was owned and worn by Lee, who gave it to Jackson around 1968.

Further enhancing the provenance, the exact same timepiece was featured in a profile of Jackson published in Jeet June Do magazine in 2001. The story not only detailed Jackson’s experience as a student and friend of Lee, illustrated with the custom training equipment Jackson built for Lee, but also featured the exact same Universal Genève wristwatch, described as ‘a watch that Bruce gave to Herb.’

The incredible provenance of this historic timepiece is enriched by photos showing Lee wearing the watch, as far as one can see, when he was martial arts choreographer for The Wrecking Crew, a film in 1968, the same year the watch was given to Jackson.”