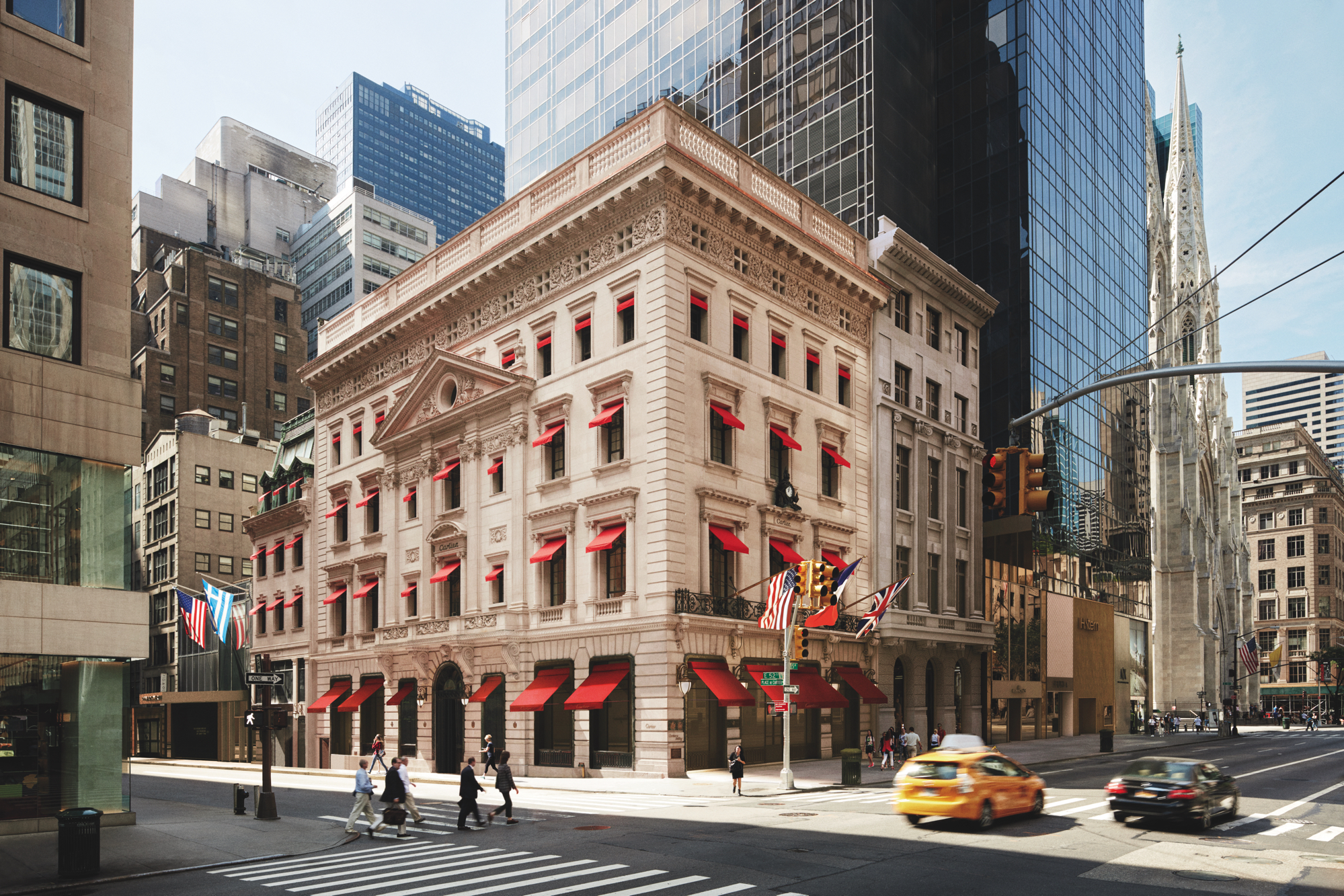 Following a massive storewide renovation that required closing the New York flagship 653 Fifth Avenue location, which began in 2014 – as of September 7th, 2016 – the Cartier Mansion is now open for business again. To put it in further perspective, during the renovation, Cartier built-out a temporary store at 767 5th Avenue (just behind the 5th Avenue Apple Store) to sustain sales and service their elite clientele during the renovation. Interestingly, that store did so well, that they are keeping it open, along with the flagship Mansion, even though the locations are only 7 blocks apart.

After almost a century at 653 Fifth Avenue, Cartier will celebrate its 100th anniversary in 2017.
Below are interior shots, provided by Cartier, of each of the unique sales areas within the Cartier Mansion.

The intersection of Fifth Avenue and 52nd Street