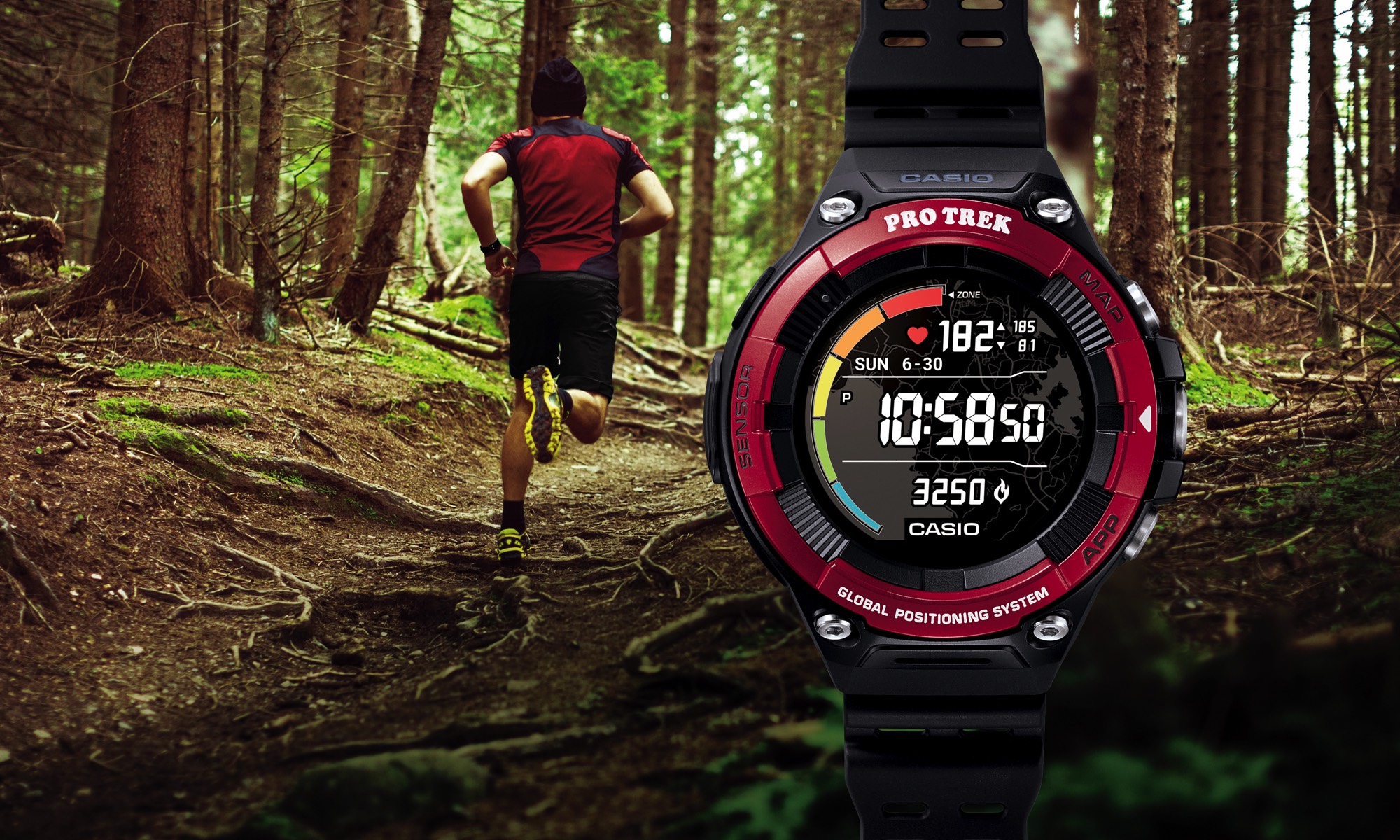 Today, Casio announced the Pro Trek Smart WSD-F21HR which is equipped with a heart rate monitor to verify your pace during physical activities such as running, cycling, and climbing.

Like the earlier Pro Trek Smart wristwatches the WSD-F21HR features GPS technology including offline maps, allowing the wearer to check their location from the wrist, even without a phone connected.

The WSD-F21HR is the first Pro Trek Smart to feature the new heart rate monitor which uses an optical sensor that flashes an LED light onto the wrist to determine the heart rate. According to Casio, “Once measured, information is expressed as one of five heart rate zones, allowing users to see the elapsed time and more at a glance. The watch also has a new Heart Rate watch face which enables it to automatically switch to the heart rate monitor screen when motion is detected by the accelerometer”.

Additionally, the WSD-F21HR offers Casio’s enhanced Activity App which now features Running and Trail Running menus. These menus display measurement data in real-time which can be optimized by choosing three types of information displays including heart rate, pace, and distance. Furthermore, because up to four screens can be set at once, the user can easily switch between them and check the desired information while engaged in an activity.

Since the WSD-F21HR can import GPS log data, users can check previously used running, trekking and cycling routes. Data measured by the Activity app is also automatically saved to Google Drive, and activity history can be viewed on Google Calendar.

As with previous Pro Trek Smart models, the new WSD-F21HR can access Google App services, such as the trekking app ViewRanger, the cycling app Bikemap, the running app Strava, and other outdoor sports apps compatible with Wear OS.

The WSD-F21HR boasts water resistance up to 50 meters and environmental durability built to military specifications.

Retail is $499 and the Pro Trek Smart WSD-F21HR will be available in black and red at select jewelry and watch retailers nationwide.