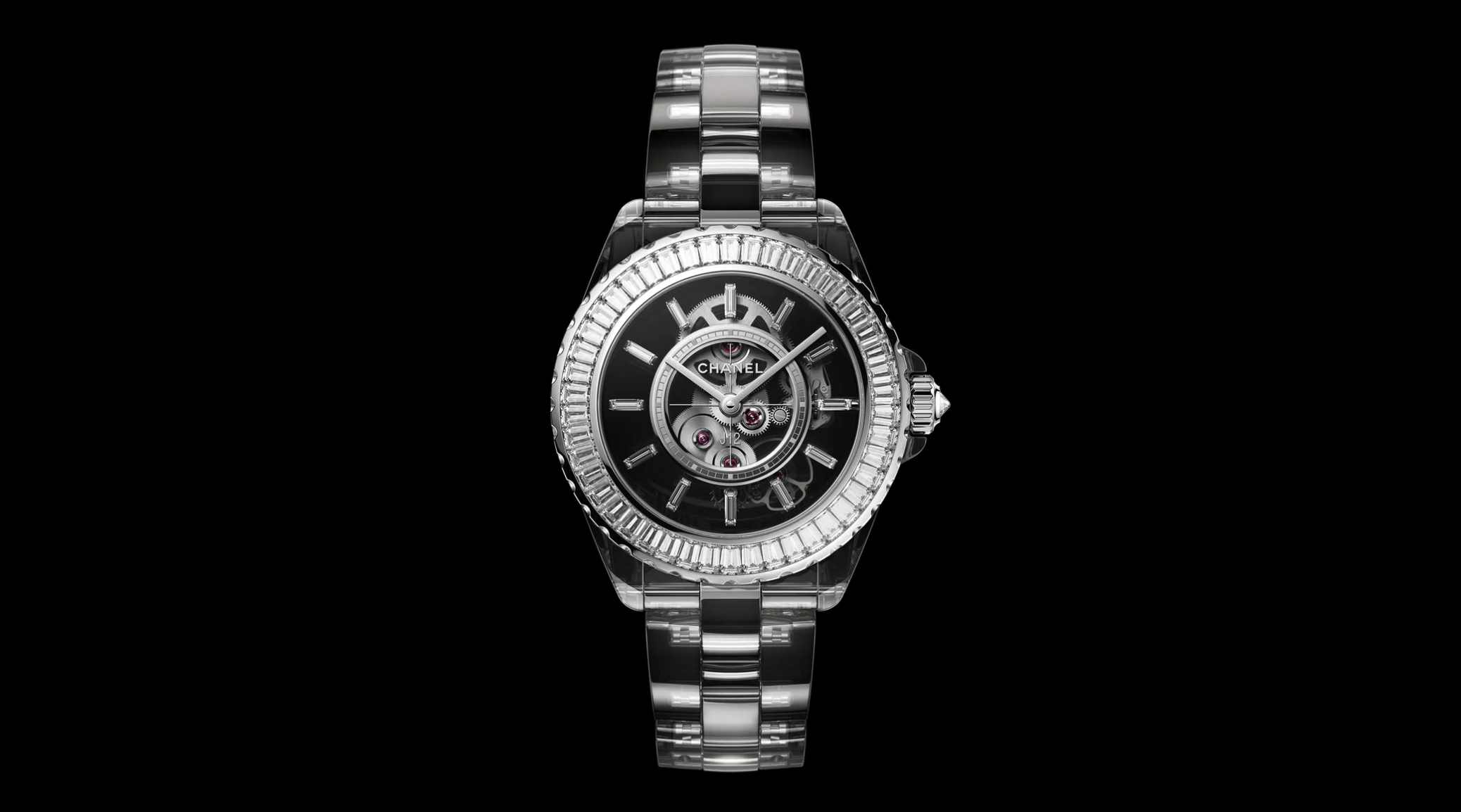 With the help of watchmaker Romain Gauthier, French fashion house Chanel S.A. released its own so-called “in-house” movement in 2016, which we wrote about in 2017 and 2019. Working alongside the team at Chanel, Gauthier’s team has accelerated the luxury goods company’s entrance into the world of Haute horology.

Interestingly, Chanel has a financial stake in the Romain Gauthier business, as well as Bell & Ross, movement maker Kenissi, and even F.P. Journe. This shows how important watchmaking is to the fashion giant, whose rivals include the behemoth LVMH Group, as well as Gucci, Armani, Hermes, and others — all of whom have interests in watchmaking.

Long before Chanel got serious about watches with their own caliber inside, however — they were leaders at producing wristwatches with ceramic cases. The J12 watch has become synonymous with the use of ceramic, a material that’s now commonplace in the watch industry.

Twenty years after their first J12 timepiece was introduced, Chanel has created a sapphire version of the famous ceramic-case J12 line. Like ceramic, the sapphire material used in their watches is man-made (natural sapphire is not used in watchmaking). Although, unlike ceramic, this type of case is significantly more difficult to manufacture, and so the price is on an entirely different level than the ceramic versions. Not to mention the use of diamonds, which automatically increase the price of any watch.

Introducing the Chanel J12 X-Ray. Made in a 38 mm x 10.7 mm sapphire case. Not only is the case made of sapphire but also the bracelet, the dial, and really most the watch. Baguette-cut diamond indices are applied to the sapphire dial, most of the movement components have been cut-away from the manually wound caliber 3.1 movement. The bezel is set with more diamonds. White gold accents parts of the watch, such as the bezel. You can see metal pins in the bracelet, the metal of the movement wheels, the hands of the watch and minutes ring are also metallic. But apart from that, the watch is almost entirely transparent. A feminine look made for the wealthy client that wants something chic but that’s also made by a company that cares about watchmaking.