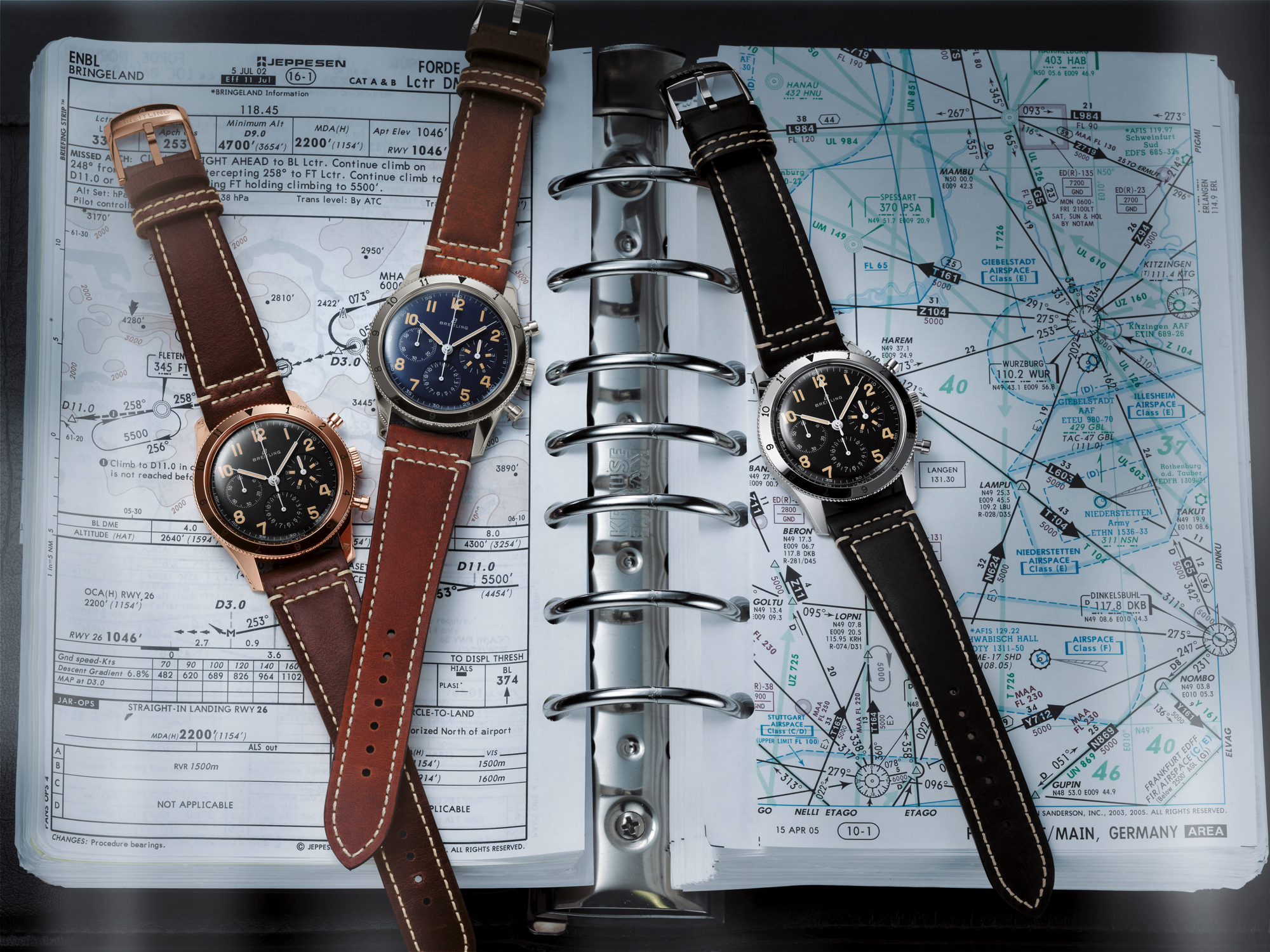 This week Breitling debuted another remake of a historic watch, the Ref. 765 AVI from 1953 (AVI stood for “aviation”) known as the “Co-Pilot.” Like the Navitimer re-edition launched by Breitling last year, the AVI Ref. 765 1953 Re-Edition is a very faithful remake of the original, with contemporary construction, including a modern in-house movement.

The AVI Ref. 765 Re-Edition will be available in three limited-edition versions with cases measuring 41.1 mm x 13.95 mm made in either stainless steel, gold, or platinum.

According to Breitling, the Co-Pilot was a 1950s interpretation of the onboard clocks produced by Breitling’s Huit Aviation Department in the 1930s and 1940s. Notably, these same dashboard clocks have already provided inspiration for the watches in the Aviator 8 collection — the resemblance is particularly noticeable in the design of the bezel. Breguet Type XX chronographs from the 1950s chronographs also have a very similar bezel and overall look.

Like the Navitimer 1959 Editions,  introduced in 2019, this historical collection is powered by Breitling’s caliber B09 which is a manually wound version of their B01 chronograph movement, made specifically for historically inspired models like the AVI and Navitimer. Manual wind movements can be a great option, depending on your personal preferences, as you really have to maintain the watch by hand winding it often. Although with a 70-hour power reserve, like the automatic winding B01, you can leave it alone for almost three days once fully wound.

With a dial that’s almost exactly like the old, one barring the “GENEVE” marking at 12 o’clock, right down to the syringe hands, printed Arabic numerals, beige faux lume — this watch is about as faithful as you can get to a 1950s watch in 2020.

The AVI Ref. 765 1953 Re-Edition is being produced in a limited series of 1953 pieces, each of which will be numbered “ONE OF 1953” instead of having an individual number. For the precious model variants, the 18K red gold version with black dial will be limited to 253 pieces. The platinum version with a blue dial is limited to 153 pieces.

The watch has a curved Hesalite crystal (plexiglass) protecting the dial and a  non-screw-locked crown with gasket. Water-resistance is rated to 30 meters. Fittingly, each watch comes with a vintage-style leather strap.