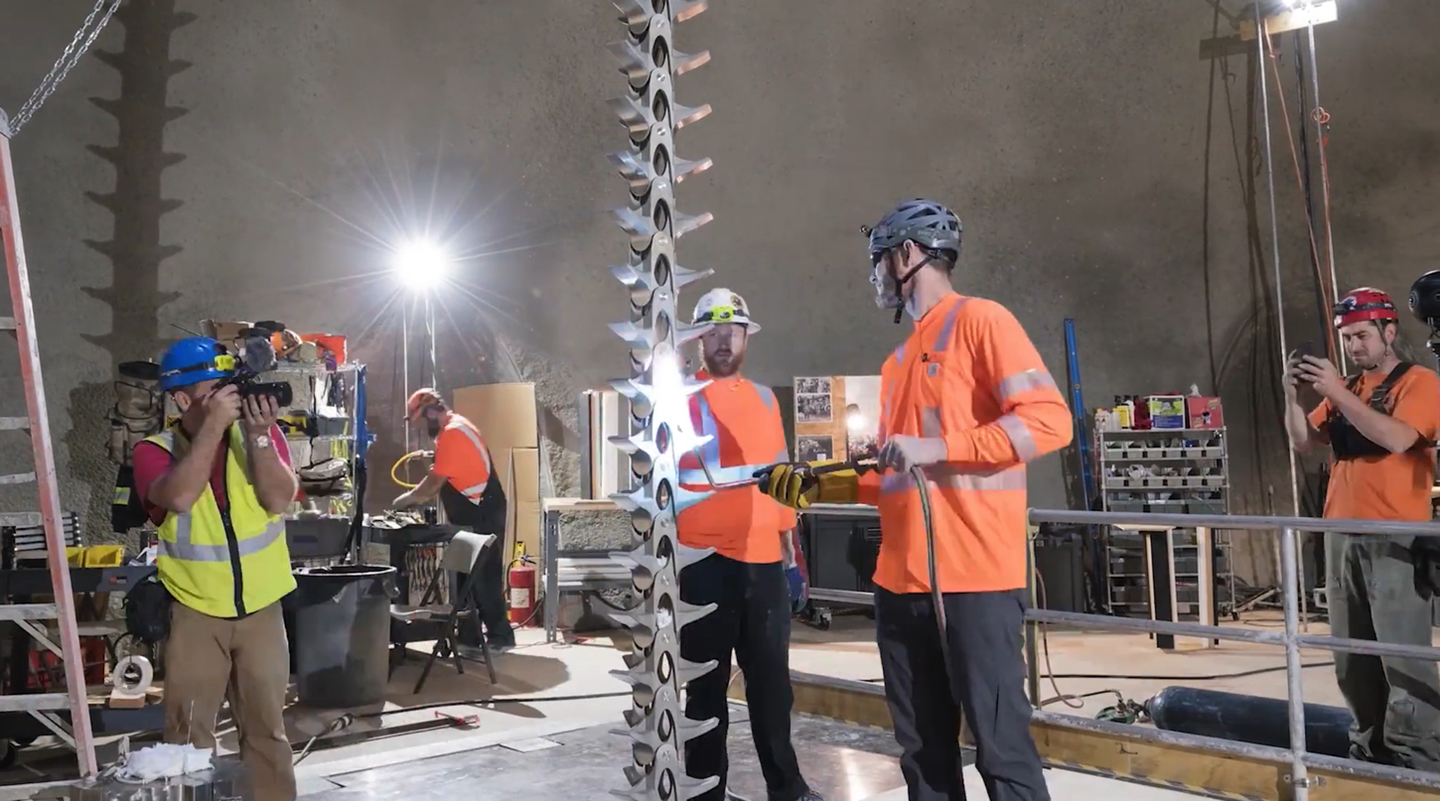 Conceived in 1989 by Danny Hillis, a polymath inventor, computer engineer, and designer – the idea for the 10,000 year clock was first published in Wired in 1995.

At the time, many people thought Hillis’ idea was crazy but more almost three decades later the full-scale 10,000 Year Clock is finally coming to fruition.

With the help of Amazon CEO, Jeff Bezos, $42 million has been invested to make the project a reality.

Construction of the 10,000 Year Clock is currently underway in a remote West Texas mountain, along with huge clock parts being machined offsite. Getting to the clock requires a lot of effort as the nearest airport is several hours away by car, and the trip to the mountain requires a long hike over rugged terrain.

Designed as a symbol for long-term thinking, the mechanical Clock mechanism will be 200 feet tall, and its chime generator creates a different bell ringing sequence each day for 10,000 years.

Installation has begun—500 ft tall, all mechanical, powered by day/night thermal cycles, synchronized at solar noon, a symbol for long-term thinking—the #10000YearClock is coming together thx to the genius of Danny Hillis, Zander Rose & the whole Clock team! Enjoy the video. pic.twitter.com/FYIyaUIbdJ