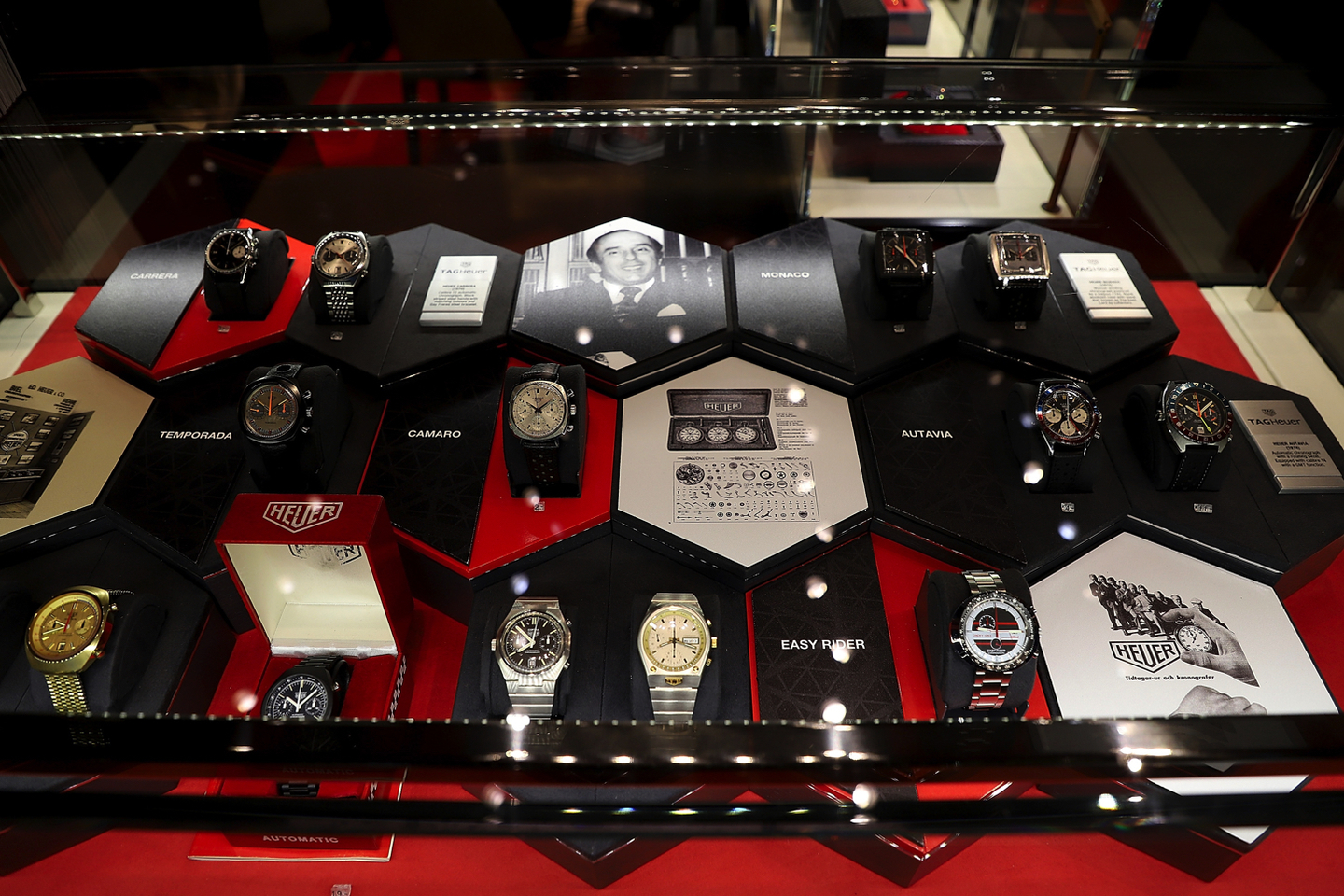 Starting earlier this month in Miami, TAG Heuer began the first leg of their “Museum in Motion” tour which will travel to 8 cities with important historical timepieces from the company’s museum in La Chaux-de-Fonds, Switzerland, and some on loan from collectors’ personal collections.

“Key timepieces include an original 1965 Carrera, made specifically for drivers and sports enthusiasts alike and the 1970 Calibre 12 Carrera featuring a bead-of-rice steel bracelet. Other notable pieces include the 1968, 1970 and 1974 Autavia models, the 1968 Camaro, the 1970 and 1975 Monaco, the 1977 Manhattan and the 1974 Calculator, among many more. Special editions include a 1979 Kentucky, which features a horseshoe-shaped case designed as a tribute to the Kentucky Derby, a 1972 Montreal, which was named as a tribute to the Formula 1 Montreal circuit, and a 1968 ‘Easy Rider’ also known as the ‘Jacky Ickx’ edition,” according to TAG Heuer.