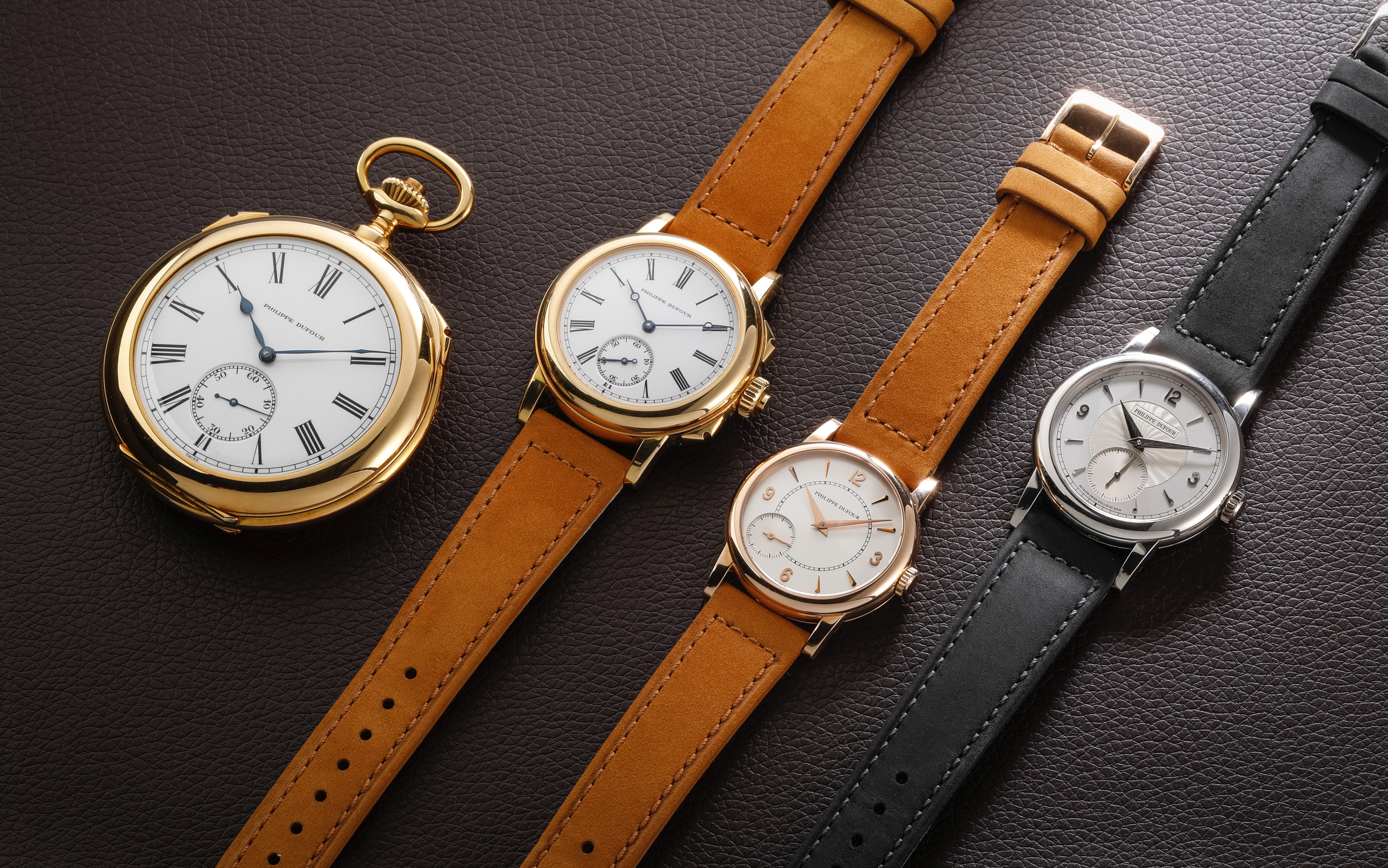 Philippe Dufour is one of the most respected living watchmakers. Dufour produces each timepiece the old way, and so he can only produce only a very small amount of pieces per year — automatically making each timepiece a rarity. This is underscored by a recent sale by e-commerce site A Collected Man — which achieved a record-breaking $7.63 million dollar sales price, according to Robb Report.

This latest Dufour sale sets the stage for the unprecedented Phillips auction coming in November, which will be orchestrated by none other than Aurel Bacs.

According to Phillips, these four timepieces are all fresh to the auction market and are coming from a private collector. Considering these are the only four models Dufour has created over the 30 years since he founded his own brand, they represent “…the Grand Slam of Dufour collecting,” according to Aurel Bacs and Alexandre Ghotbi of Phillips.

“A Grande Sonnerie is a timepiece that automatically chimes the hours on every hour and hours and quarters on every quarter, and when on petite sonnerie mode the watch will only chime the passing of the quarters. Phillipe Dufour began his work on the grande sonnerie with a series of five pocket watches made for a large brand in the early 1980s. The fact that the brand never acknowledged his work led him to create his own Grand & Petite Sonnerie pocket watch in the late 1980s. The present example is number 1 and the only Dufour Grande & Petite pocket watch made that bears his name on the dial.”

“From 1989 to 1992, Dufour set out on the difficult task of miniaturizing his sonnerie movement to wristwatch size and the result was the present Grande & Petite Sonnerie wristwatch number 1, a world premiere that makes the present example offered at auction the world’s very first Grande & Petite Sonnerie wristwatch. This version was produced in only five examples with white enamel dials, respectively 2 cased in white gold, one in yellow and one pink gold, as well as one in platinum.”

“Dufour’s inspiration for the Duality came from a few school watches from the Vallée de Joux watchmaking school of the 1930s – the same school that Dufour graduated from. These pocket watches had a single gear train delivering power to two balance wheels through a differential. Once again, like with his sonnerie wristwatch, Dufour set out on the task of shrinking this mechanism to wristwatch size. In 1996, Dufour introduced his iconic Duality, the world’s first wristwatch incorporating a double escapement. Featuring two independent balance wheels compensated with a central differential gear, the mechanism improves accuracy while also countering the effects of gravity. He initially planned to produce 25 examples, however, only nine were made including an example with movement number ‘00’ (sold at Phillips New York in 2017 for close to $1 million), making the present example bearing number 8 the last one made. It is one of three pink gold examples ever produced.”

“After having proven his undeniable talent and expertise in creating ultra-complicated mechanisms, Dufour set out in 2000 on the challenging task to create a simple three-hand watch with a movement architecture designed to demonstrate hand finish and decoration that modern horology had not yet witnessed. The gentle flow of the bridges’ curves, the bold and alluring inward and outward angles, the hand-applied Geneva waves, and red rubies all provide a seductive visual harmony. The fact that the decoration and assembly are done by hand explains the fact that less than a dozen Simplicities left Dufour’s workshops in the Vallée de Joux per year. The present watch bearing movement number 57 is one of the earlier models that the master produced.”