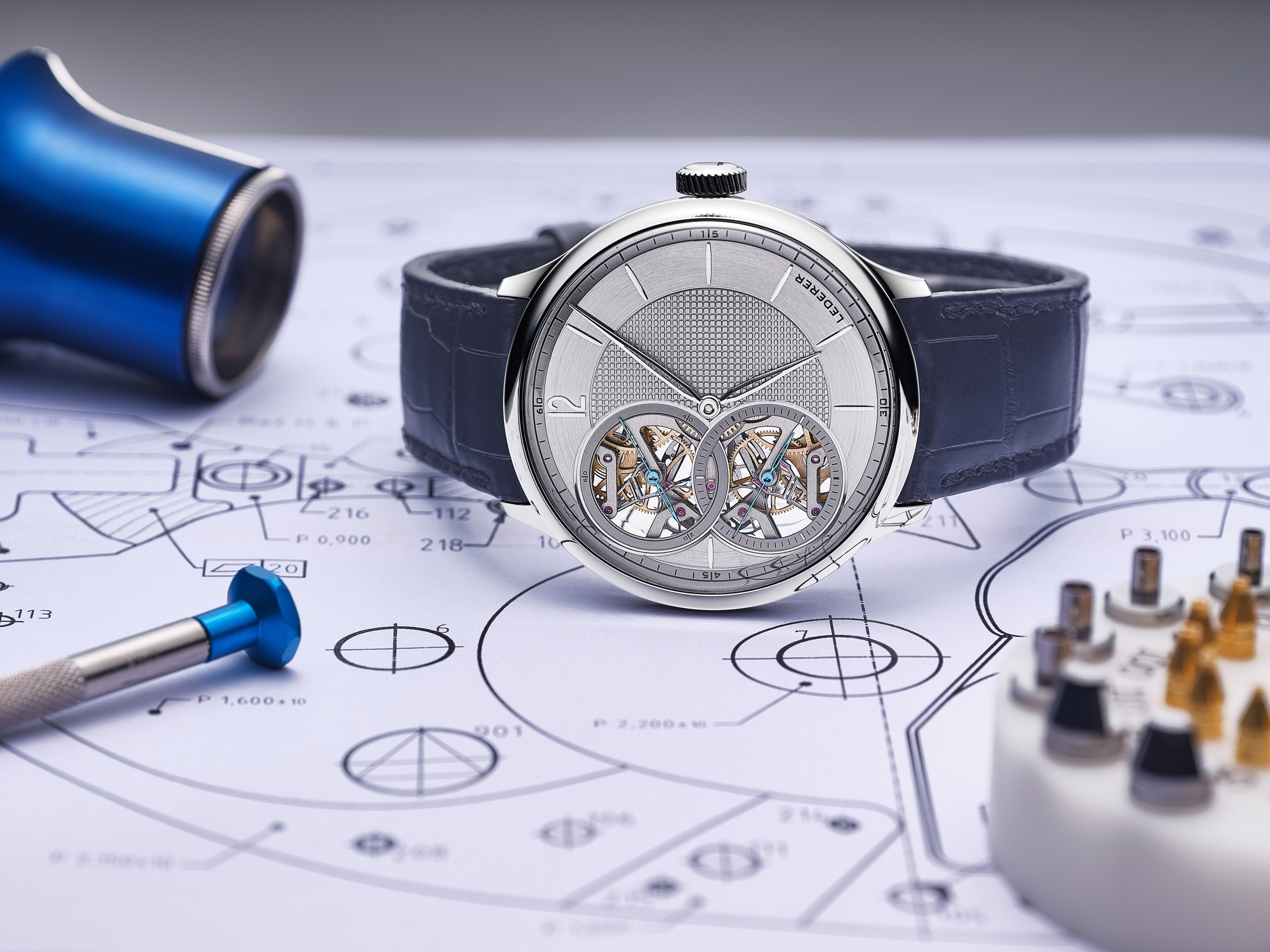 Based in St Blaise, (near Neuchâtel), in the Jura mountains, Bernhard Lederer, who has 40 years of watchmaking experience, created a natural escapement watch movement guided by the Independent Double Wheel Escapement conceived in the late 20th century by George Daniels — that notably, included two gear trains — which is in turn based on Abraham Louis Breguet’s original development of the natural escapement.

Lederer’s goal was to solve the weaknesses linked to this kind of escapement, and this required a new design. The Lederer Central Impulse Chronometer features two independent escapement wheels operating in alternation (turning in opposite directions) and connected to an anchor developed by Lederer. According to the company, the profile, rubies, lift angles, and even the way the anchor comes into contact with all the components it guides are unique.

In addition to the dual escapement wheels, there are two separate gear trains, each with its own barrel and its own 10-second constant force remontoire (which store a 10-second buffer of energy to equalize the torque delivery). This system creates a smooth, constant force, which can be observed by the two second hands, and each with its own escapement wheel, which is permanently synchronized and shows no drift in relation to each other. This is underscored by a chronometer certificate.

Breguet’s natural escapement system had two escapement wheels, but only a single gear train, and the design required extreme tolerances in order to operate in sync, meaning a small error could ruin the isochronism, thus making the watch harder to maintain. Unlike the two escapement wheel system Breguet created, this modern design is not so sensitive and can reportedly run accurately with far less maintenance required from a watchmaker.

Thanks to the individual going trains that power each escapement wheel, while one unlocks, it’s free to rotate while the other is still locked, allowing for the two to beat symmetrically with one another.

The Central Impulse Chronometer uses lightweight titanium for multiple components instead of stainless steel, which means the moving parts have less inertia and enables them to restart more quickly, and therefore consume less energy. As a result, the impulses generated by the escapement wheels to the single balance wheel or further optimized, and disturbances reduced, thereby ensuring isochronism and precision.

A checkerboard guilloche work motif accentuates the center of the dial, and this is surrounded by a circular brushed outer section of the dial, with applied indices, except at 7 and 8 o’clock and 10 and 11 o’clock, where the circular openings reveal the mechanics of the dual escapements beneath, including dual seconds hands that rotate in opposite directions. Twelve o’clock is marked with an applied Arabic numeral. The entire dial is circled by a printed minutes ring, and each of the small seconds subdials has a dedicated seconds ring. Interestingly, the top dial is graduated in 20-second increments whereas the lower dial has traditional 60-second has marks. The dial is completed by long leaf-shaped hands, that have been skeletonized, and that have no lume. The small seconds hands have been blued, meaning they blend in with a tone-on-tone look on the blue dial, whereas they prominently contrast the silver dial.

All of this is housed in an 18K white gold case measuring 44 mm x 12.2 mm, and is fitted with domed sapphires front and back. From the backside, you can view the two large golden barrels that are contrasted by the rhodium-plated components. Each wheel spoke has a tangential curve, which is a Bernhard Lederer hallmark. A variety of finishing techniques, from polishing, inward and outward beveling, graining, engraving, and satin-finishing to juxtaposing matte and glossy surfaces further highlight the beauty of this complicated caliber.

As an added horological novelty, the remontoirs are staggered in timing, so they unlock in alternating cycles every five seconds, creating a visual and audible action to enjoy.

The Central Impulse Chronometer is available in two limited editions in white gold, with 25 pieces available for the blue dial and 25 pieces with a silver rhodium-plated dial. Retail is approximately $139,000.