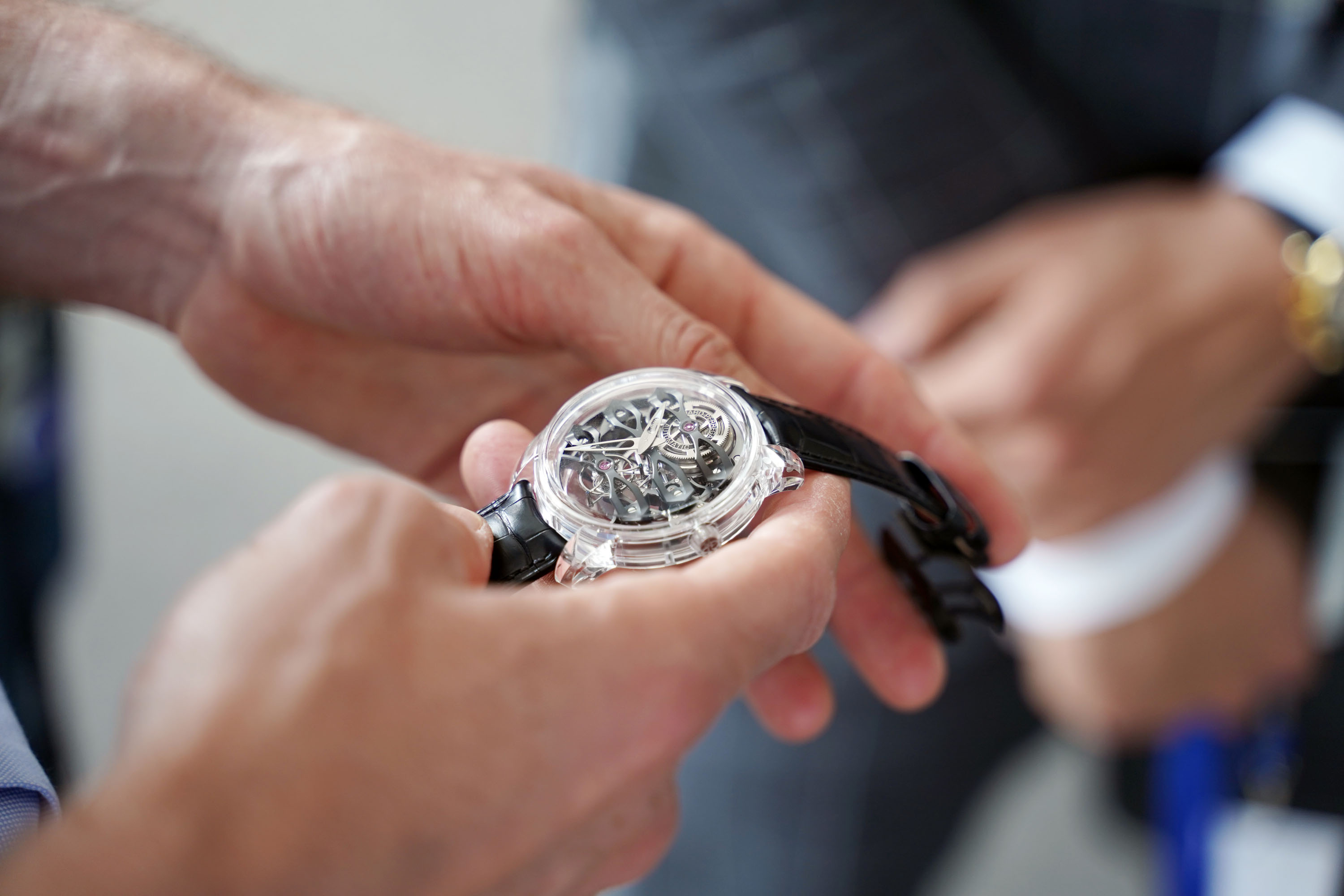 The Quasar watch measures the same diameter (46 mm) as the titanium version that came out last year, however, the thickness has been slightly reduced from 15.85 mm to 15.25 mm for the sapphire version.

The movement is the same as used in the titanium version. Beating at 3Hz, the caliber GP09400-1035 (36 mm x 9.54 mm), with its three distinctive bridges, visible from either side, features automatic winding via a micro-rotor mounted on the backside of the mainspring power barrel at 12 o’clock. The movement, which has had its mainplate removed, has 27 jewels, 260 total components and a power reserve of 60-hours.

White gold Dauphine-shaped hands, with luminescence, indicate hours and minutes, although there are no actual indices or dial, so you kind of have to estimate the time.  The tourbillon, located at 6 o’clock, rotates every 60-seconds. And even though the balance wheel is over 14 mm in diameter, the total carriage (comprising 80 components) weighs only .25 grams.

According to Girard-Perregaux, the Quasar sapphire case is “crafted from a single sapphire crystal disk and requiring more than 200 hours of intensive work, the 46 mm diameter Quasar case features curving sides and angular lugs.”