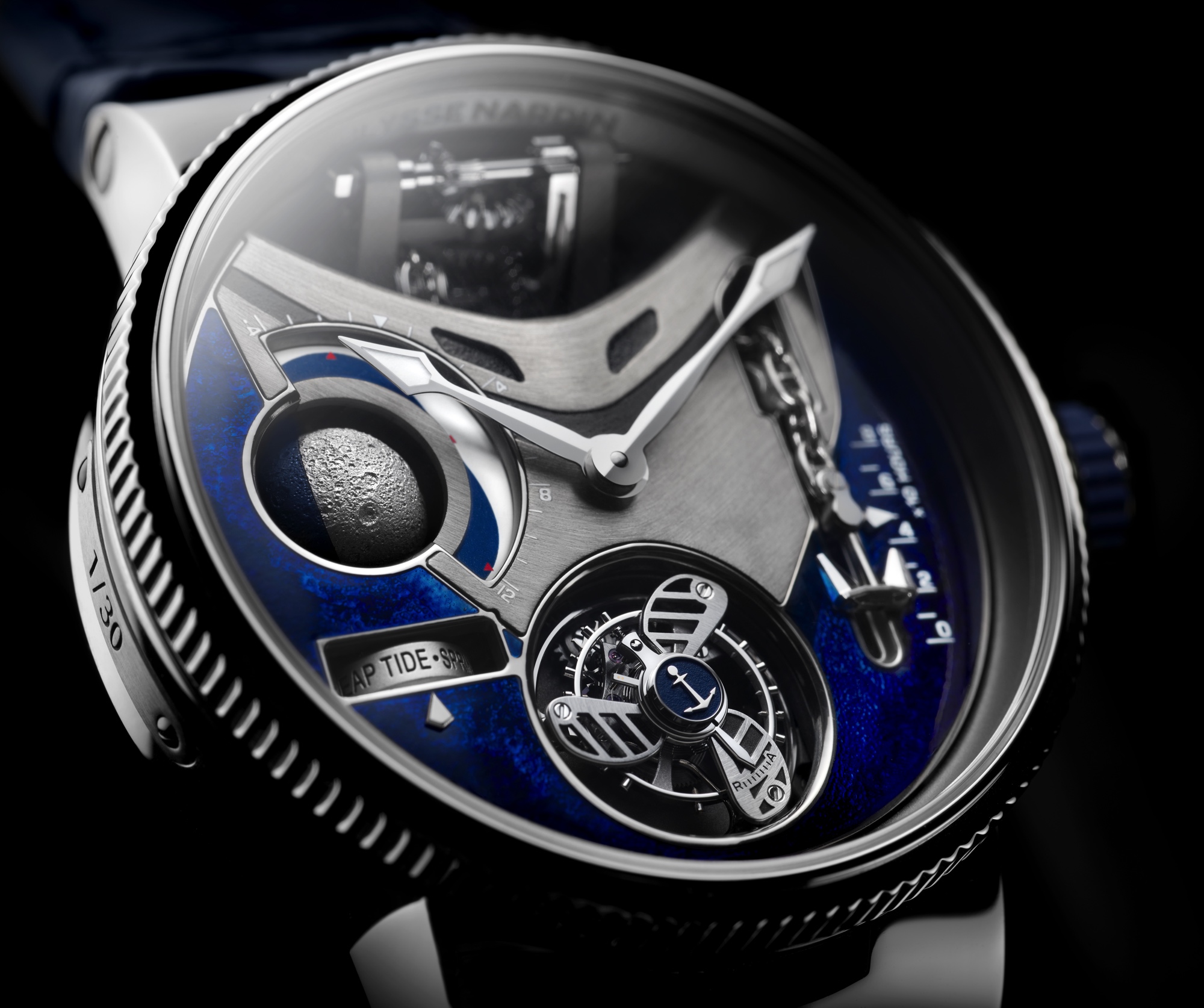 At the Miami Boat Show this weekend, aboard an actual mega yacht (and in conjunction with Watches & Wonders), Ulysse Nardin unveiled the Marine Mega Yacht, a complicated uber-luxury timepiece designed for the person who owns a mega yacht.

Presented in a 44 mm diameter platinum case, the Marine Mega Yacht is limited to 30 pieces, with an engraved plaque showing “X/30” riveted to the left flank of the case, or should I say “port” side.

The Mega Yacht features a flying 60-second tourbillon with a cage modeled after a modern ship’s propeller. The face of the watch is three-dimensional and has a blue fire-baked “grand feu” enamel dial that’s reminiscent of a ship’s bow moving through ocean waves.

On the left side of the dial is a complex mechanism which consists of a three-dimensional moonphase indicator, tide indicator, and tide height indicator. According to Ulysse Nardin, “It contains a mechanism that displays the height of the tides in real time in relation to a specific location, in addition to indicating the seasonal coefficients. Once the mechanism has been adjusted by the action of the winding crown, the position of this is measured in a window opened up in the side of the watch-band in the same way as the screen of a Chadburn Telegraph.”

An anchor on the right side of the dial, connected to the windlass mechanism at 12 o’clock, raises and falls like a ship’s anchor, to show the current amount power reserve (80-hours max). This unique mechanism is patent pending.

The watch is powered by hand wound caliber UN-631, which operates at 3Hz, measures 37 mm in diameter, has 504 total components, and a movement side that’s designed to look like a ship’s engine room (visible through a sapphire caseback). The Marine Mega Yacht comes on a fully integrated bracelet made of navy-blue alligator leather. Water-resistance is 50 meters. Retail is $310,000.