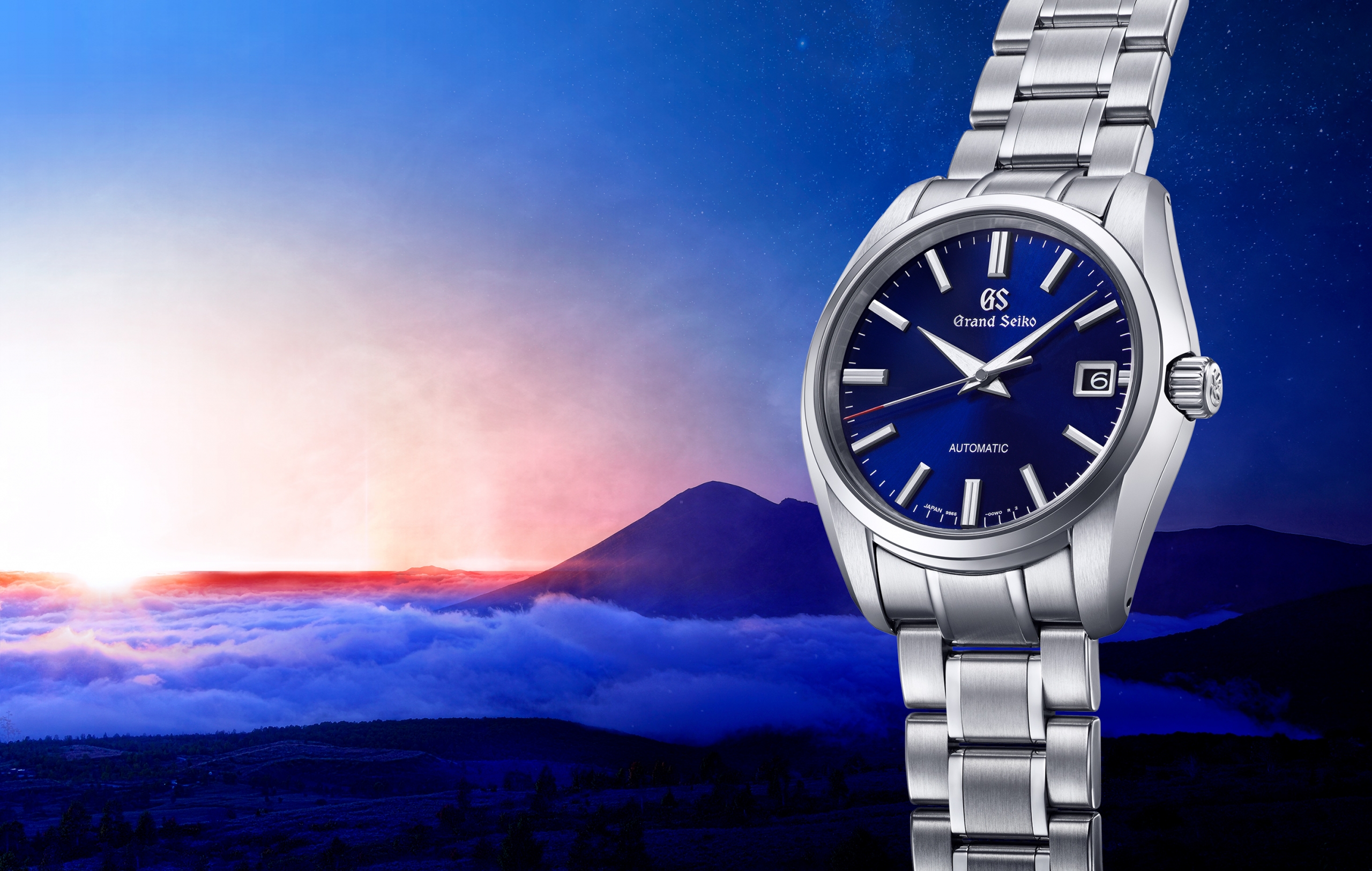 For the purist, this may be the best option yet. Presented in the classic 40 mm x 13 mm 44GS-inspired case, and powered by automatic caliber 9S65, this is the Grand Seiko 60th Anniversary Limited Edition Ref. SBGR321.

While not the same as the new GS 5Hz Hi-Beat caliber 96A5 with ultra-premium finishing, a free-sprung balance wheel, and Grand Seiko’s new proprietary escapement — the 9S65 is still pretty impressive visually and horologically.

Beating at 4Hz the automatic 9S65 features a special blue 360-degree rotor that matches the bright blue of the dial and is surrounded by a red-colored ring. The movement has 35 jewels, is adjusted to better than chronometer standards at a mean daily rate of -3/+5 before being cased up, has an antimagnetic rating of 4,800 A/m, features upscale finishing such as striping on the bridges, can be hand-wound, has hacking seconds, and boasts a 72-hour power reserve.

The Grand Seiko 60th Anniversary Limited Edition SBGR321 case has a screw-down crown, with a sapphire crystal and a fixed bezel on the front, a screw-in sapphire caseback, and is water-resistant to 100 meters. The stainless steel bracelet is secured by a three-fold clasp with a push-button release.