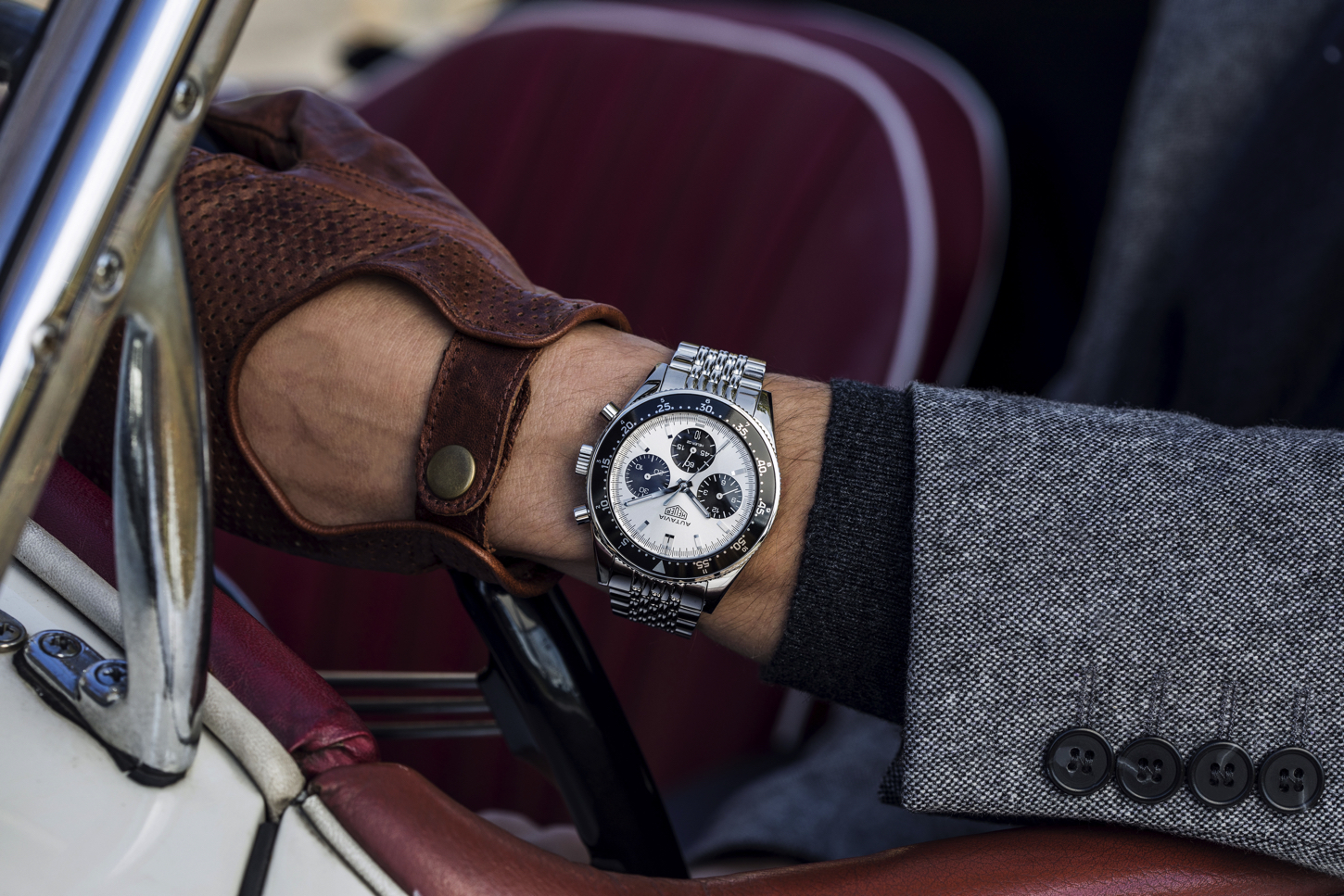 Following up the Autavia re-issue that TAG Heuer launched earlier this year, to celebrate Jack Heuer’s 85th birthday which is this month, TAG Heuer, with the help of Heuer himself, has created a limited edition Autavia.

“Jack Heuer created the original model back in 1962 and was present at the TAG Heuer manufacture’s workshops to share his expertise and make his “mark” on the model, which dives deep into the story of an icon,” according to TAG Heuer.

The watch will be produced in a limited, numbered edition of 1932 pieces which signifies Heuer’s birth year. Number 1/1932 of the limited edition will be included in the November 11th Geneva Phillips auction “Heuer Parade.”

While the original model from the 1960s was 39 mm the modern version is 42 mm. It features a 60-minute graduated bezel (which also has 0-12 graduations) and is powered by automatic caliber Heuer 02 which features a column wheel and vertical clutch equipped chronograph and boasts an 80-hour power reserve.

This limited edition, designed by Jack Heuer, comes in a steel case with a steel bezel and black aluminum insert. The “grains of rice,” pump chronograph pushers, and retro styling give the otherwise contemporary watch a vintage feel.

The main differences between this version of the model that was released earlier this year at Baselworld (and is based on the Autavia Rindt, worn by legendary F1 driver Jochen Rindt), are 1- the dial, which is silver with black counters, 2- the solid caseback with an engraved signature from Jack Heuer, 3- and the bezel which has an arguably nicer look with a 0-60 focused scale, and with font that looks better proportioned with the overall design.

In reference to the Autavia, Jack Heuer said, “The story of the Autavia is a rich drama, full of twists and turns. It is one of my proudest achievements to have successfully converted chronographs into the Autavia wristwatch in 1962, so this collection has a special place in my heart: It was the very first timepiece that I designed, and today I am proud to present the last watch that I have created!”

Heuer designed the first dash counter for racing cars and aircraft in 1933, named the Autavia which was a contraction of AUTomobile and AVIAtion. By 1962, Jack Heuer turned the Autavia into a wristwatch with the same name, and it stayed in the company catalog until 1986.