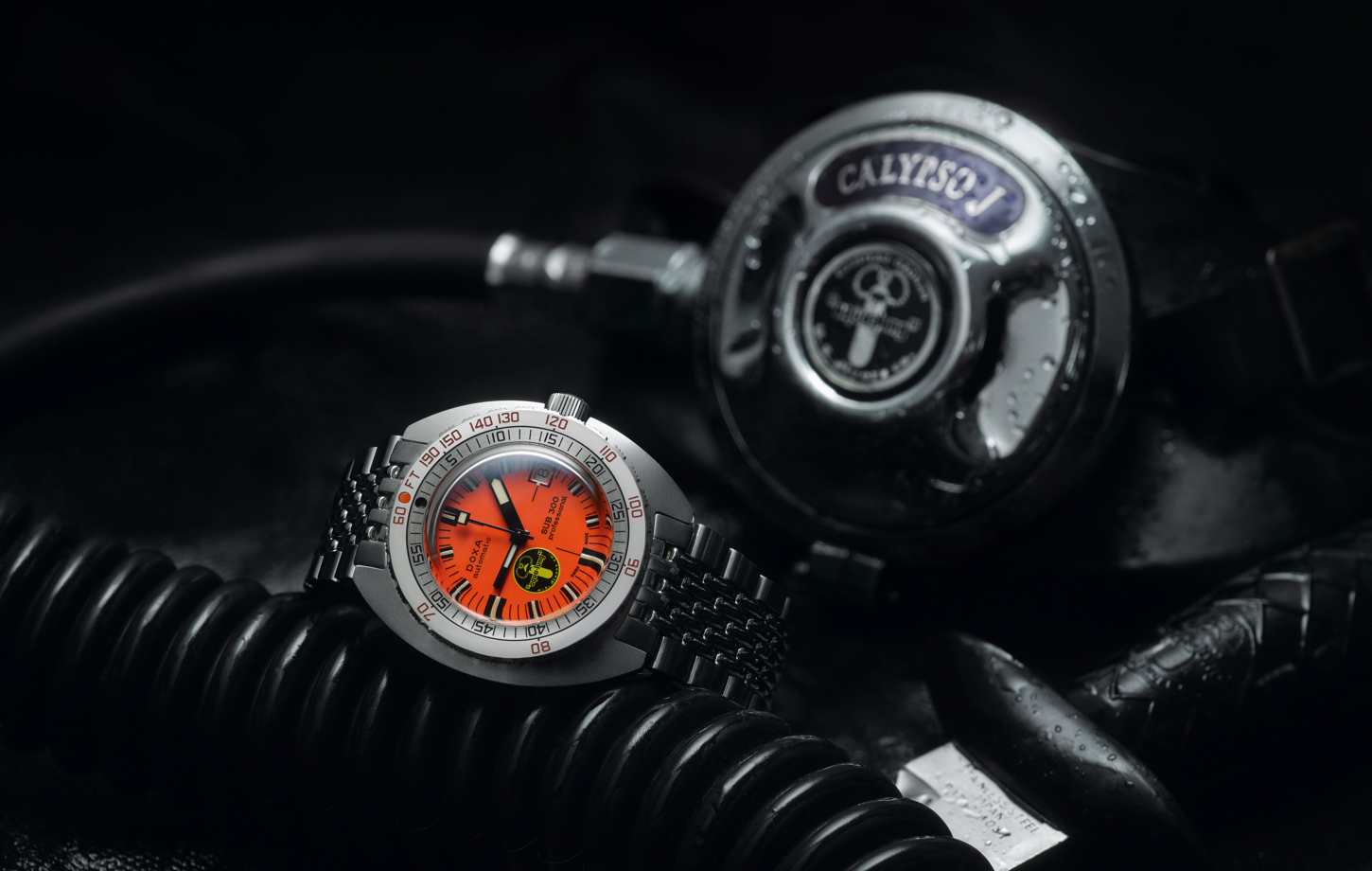 Doxa has just announced a limited edition Black Lung version of their Sub 300 dive watch that dates back to 1967.

The case is made from a solid monoblock piece of stainless steel and measures 42.5 mm x 12.4 mm just like the limited edition 50th Anniversary Sub 300 re-issue.

In fact, the Sub 300 Black Lung is exactly the same as the aforementioned wristwatch, including the chronometer grade ETA 2824-2 automatic movement, “Professional” orange-colored dial, and signature “beads of rice” bracelet with integrated wetsuit extension. The only exception is the official black and yellow Aqua-Lung logo on the dial between 6 and 9 o’clock.

The watch features a double domed sapphire crystal designed like plexiglass from past models. A screw-down crown, screw-in caseback, and no less than four gaskets ensure water resistance to 300 meters.