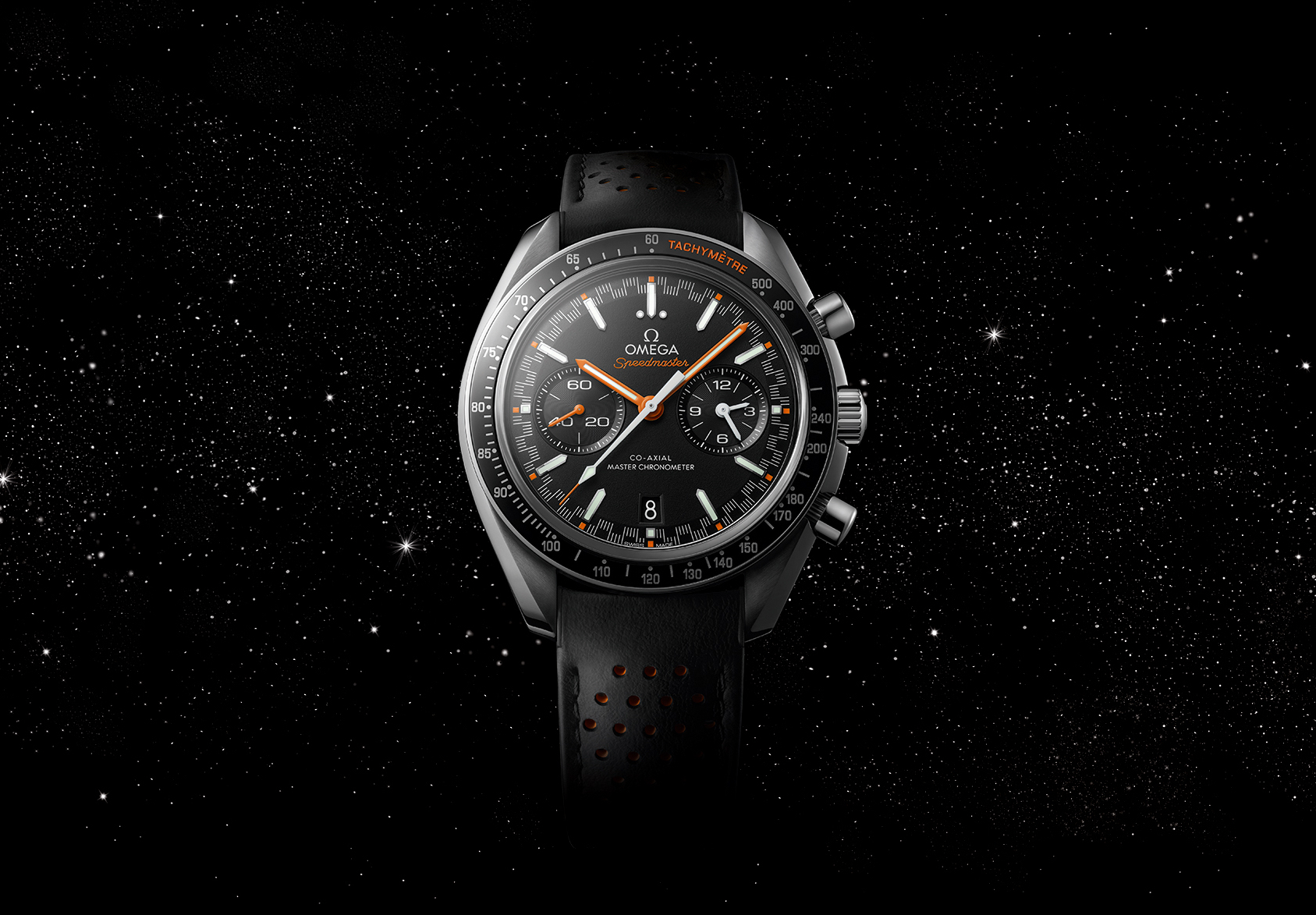 This morning, after a very busy week for Omega, we received a preview of yet another new Speedmaster. Introducing the new Speedmaster Automatic with Master Chronometer certification.

At first glance, you immediately notice the distinctive minute-track inspired by a 1968 Speedmaster model. The dial is matte black with orange marketing and bevelled 18K white gold arrowhead indexes that filled with white luminous material.

The case is 44.25 mm in diameter, and according to Omega, thinner than previous versions – something we and others have been critical of in the past – thanks to work done on the sapphire crystal.

The bezel is polished ceramic with a brushed Liquidmetal® tachymeter scale with orange text that reads “TACHYMETER” and that matches the color scheme which includes an orange varnished hour and minute hands, an orange tipped seconds hand, and orange squares marking each hour. The sporty perforated black leather strap even contains orange rubber on the backside.

Omega says, “The Speedmaster Automatic represents the next Speedmaster model with Master Chronometer certification. Driven by the caliber 9900, the watch and its movement have reached the Swiss industry’s highest standard of precision, performance, and magnetic resistance, as approved by the Swiss Federal Institute of Meteorology (METAS).”