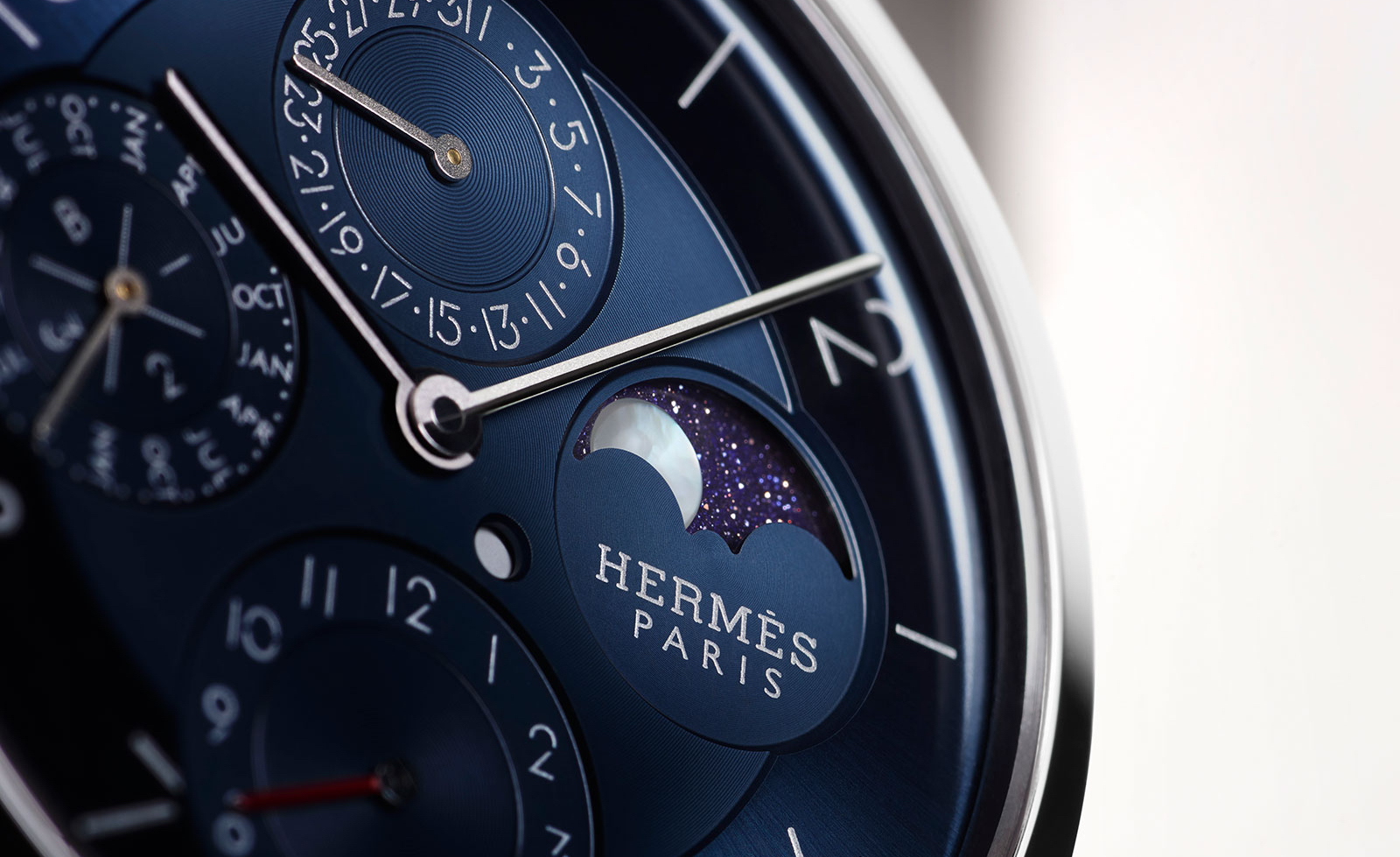 As a follow-up to the previously released rose gold case/silver dial version of the Hermès Slim d’Hermès Quantième Perpétuel, it will now be available in platinum with a metallic blue dial, following its official debut at Baselworld 2017 in March.

Reading online you see a lot of talk about the typography used on the dial – that was created by Philippe Apeloig – because it is quite unique in an industry where duplicating other companies’ designs is more common than creating something original.

That said, the movement inside, automatic caliber H1950, is manufactured by Vaucher for Hermès (Hermès has a 25% stake in Vaucher, which is majority owned by Parimigiani Fleurier). The perpetual calendar module is produced by Agenhor.

While we have not seen this watch in person, in photos the new platinum model looks quite striking with its silvered numerals and rhodium-plated stick hands, against the dark blue metallic dial. And the 39.5 mm diameter case is sure to appeal to those who prefer smaller case sizes. Furthermore, the layout is surprisingly uncluttered for a timepiece that boasts a perpetual calendar and a second time zone (which is controlled by the pusher at 4 o’clock). 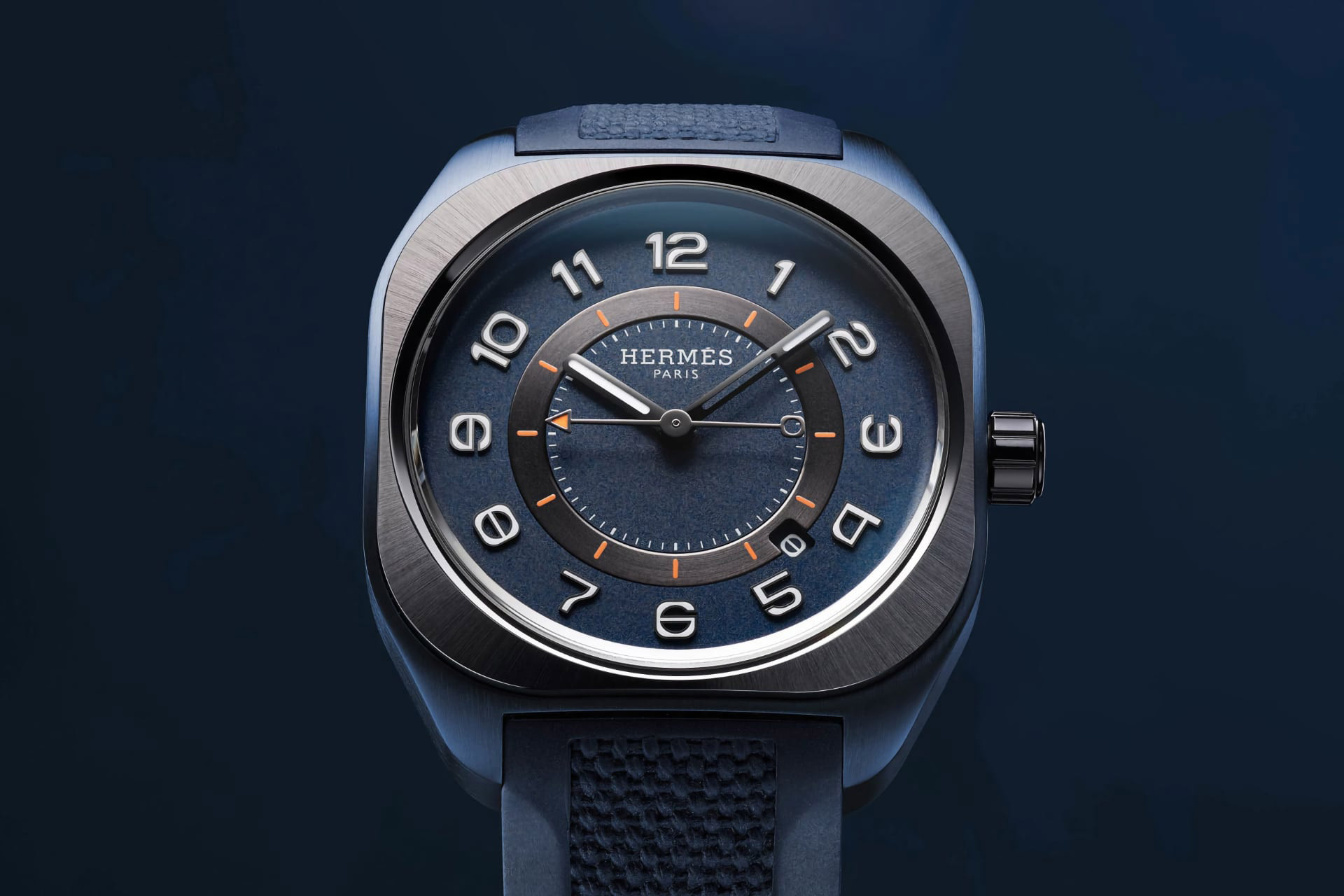 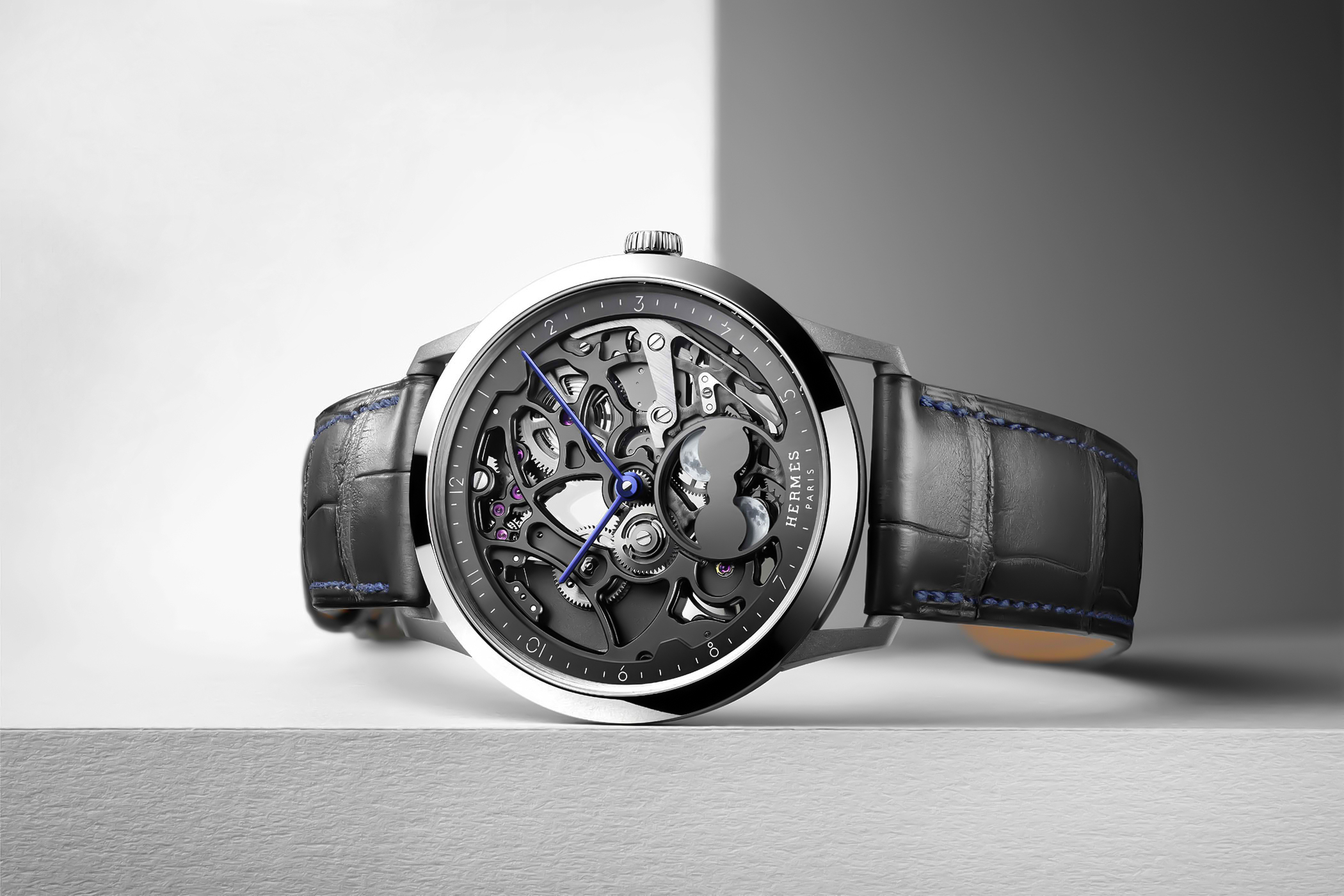