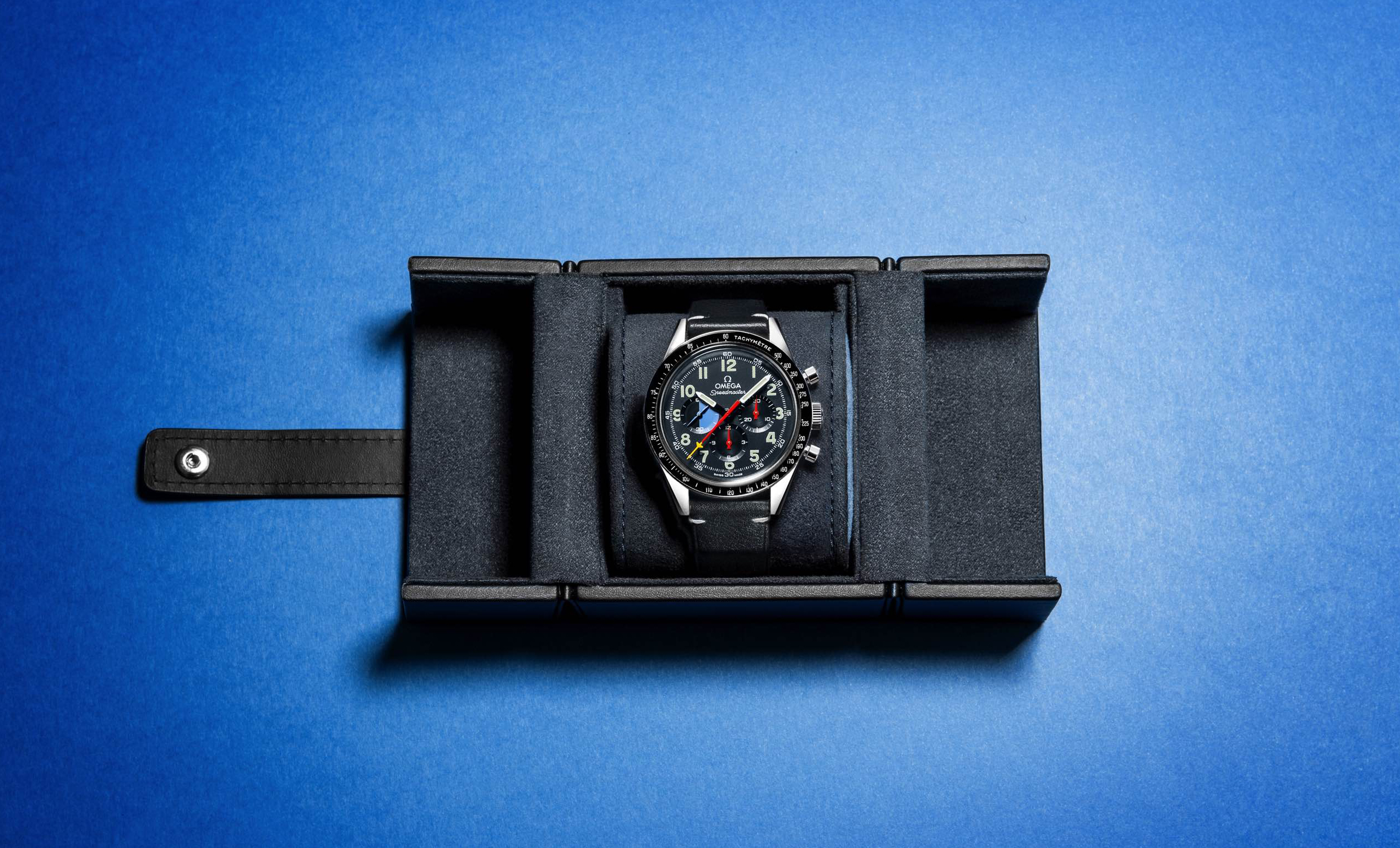 Early today, Omega and Hodinkee announced a limited edition Speedmaster based on the founder, Ben Clymer’s, Speedmaster Day-Date which was gifted to him before creating the watch enthusiast website, which has since turned into a full-fledged online watch and accessory retailer.

The Speedmaster “Day-Date” Hodinkee Limited Edition is presented in a 39.70 mm stainless steel case, with a black aluminum bezel insert, and a similar dial to the original model that it’s based on.

For this edition, however, Omega has removed the triple calendar function and rearranged the subdials a bit. The subdial at 9 o’clock, for example, originally acted as a day/night indicator which looks similar but functionally it is now the small seconds dial with a propeller-shaped hand.

There is also no metal bracelet, instead, the watch comes with a grey/blue leather strap (as pictured). Customers will also receive the watch in a special presentation box, which has a smaller travel box inside of it, along with an additional grey NATO strap and changing tool.

On the caseback, OMEGA has embossed its Seahorse medallion and added a number of engravings, including “HODINKEE” and “10th Anniversary.” Inside, the watch is driven by the well-known Omega caliber 1861.

Retail price is $6,500 although it appears they’re already sold out.