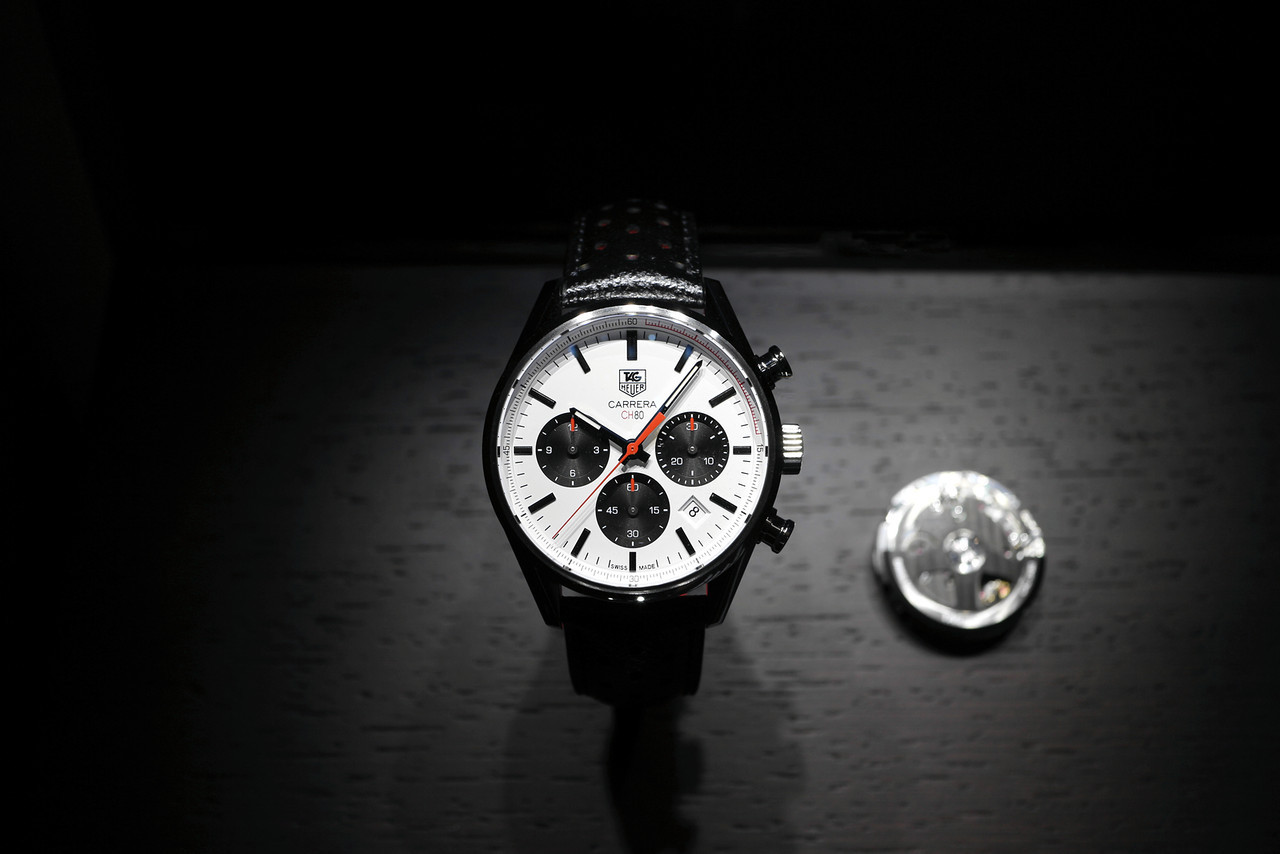 Today at Baselworld, TAG Heuer unveiled the Carrera Caliber CH 80 Chronograph, which is the first watch powered by the caliber 1969, an in-house made vertical clutch column wheel movement. Running at 4Hz and consisting of 233 components, the caliber 1969 boasts an impressive 80-hour power reserve and is only 6.5 mm thick.

The caliber 1969 is manufactured at TAG Heuer’s workshops in La Chaux-de-Fonds and Chevenez. It has Côtes de Genève finishing and snailing on the blackened tungsten oscillating weight and nickel-plated minutes and gear-train bridges with finely beveled and polished angles. The assortment consists of a four-spoked balance supplied by the Swiss company Atokalpa. The bridges, plates and ébauches are all produced in Chevenez.

The new Carrera CH 80 is presented in a sleek 41 mm polished stainless steel case, with faceted lugs, and white and black “Panda” dial. A red chronograph second hand and red tipped hands on all three counters add to the sporting nature of this timepiece.

Inspired by the first generation of Carrera watches that began production in 1963 at the helm of Jack Heuer, the Carrera Calibre CH 80 Chronograph is a modern interpretation of the Carreras of the past. The Carrera Caliber CH 80 comes on a sporty red-lined strap in perforated calfskin, which according to TAG Heuer, is a “stylish nod to the racing gloves worn by drivers in the 1960s.”