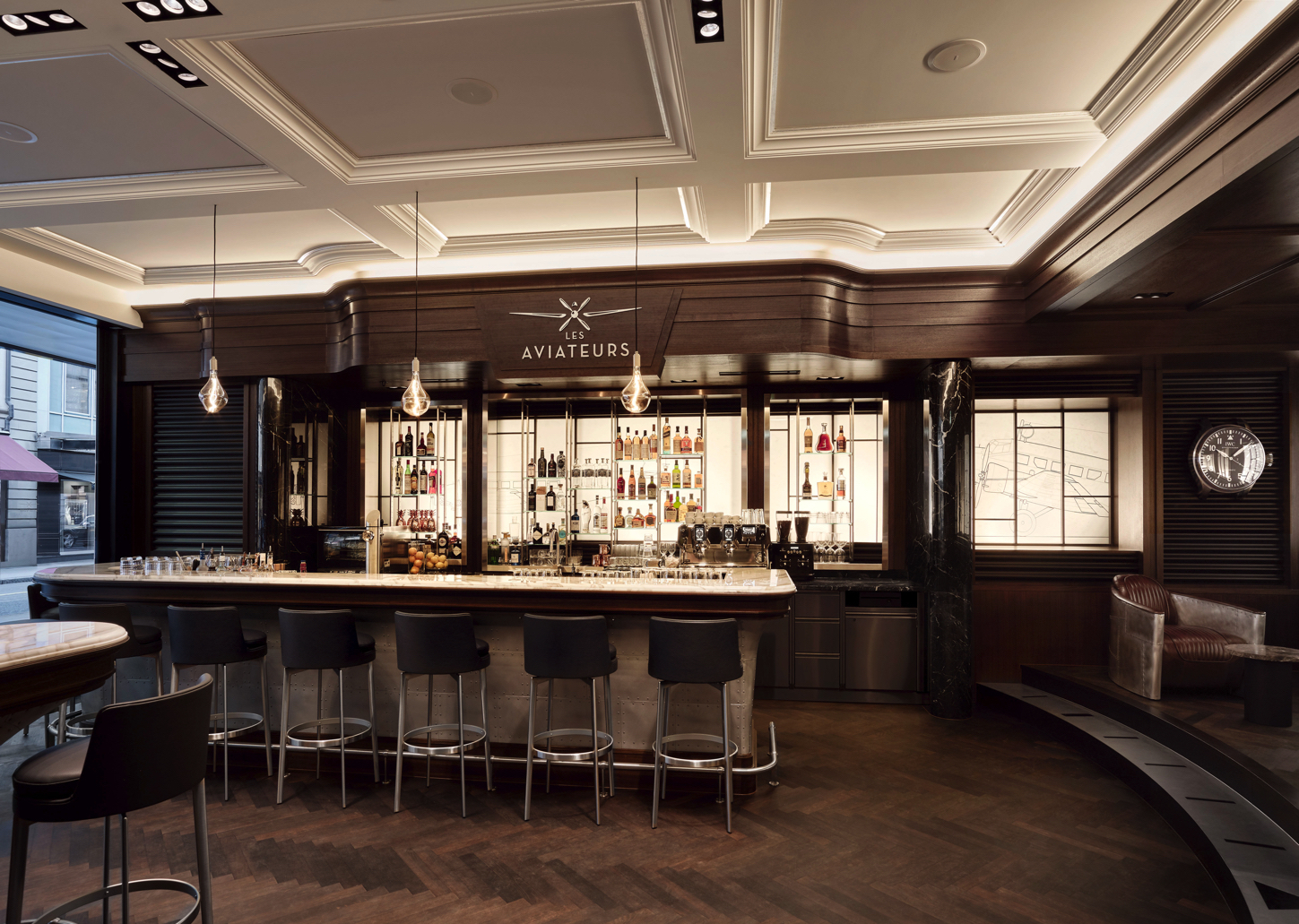 Earlier this month, IWC opened the Les Aviateurs bar next to its newly opened (summer 2017) boutique on Rue du Rhône in Geneva. The decor has been designed to look like what IWC refers to as an “exclusive gentlemen’s club” with the same Pilot theme seen around the world at the Schaffhausen-based watchamker’s boutiques. The bar features IWC Pilot’s watch themed cocktails created by high-end department store Globus that has partnered with IWC for this unique retail/bar concept.

“The bar was designed by IWC and gastronomy partner Globus in the hopes that it will become established as a meeting place for style-conscious gourmets from around the world. Characterized by dark wood and leather, the interior is reminiscent of the legendary gentlemen’s clubs from the 1920s and 1930s, where pilots spoke of their experiences in the air. The carefully designed furnishings – including details such as original photos or maps – transport guests back to the thrilling era of aviation pioneers. Among the highlights on the drinks menu are creative cocktails inspired by IWC’s Pilot’s Watch collection, such as the “R. J. Mitchell”, named after the designer of the Supermarine Spitfire, or the “Rose” inspired by the rose motif from Antoine de Saint-Exupéry’s story ‘The Little Prince’,” according to the IWC website.