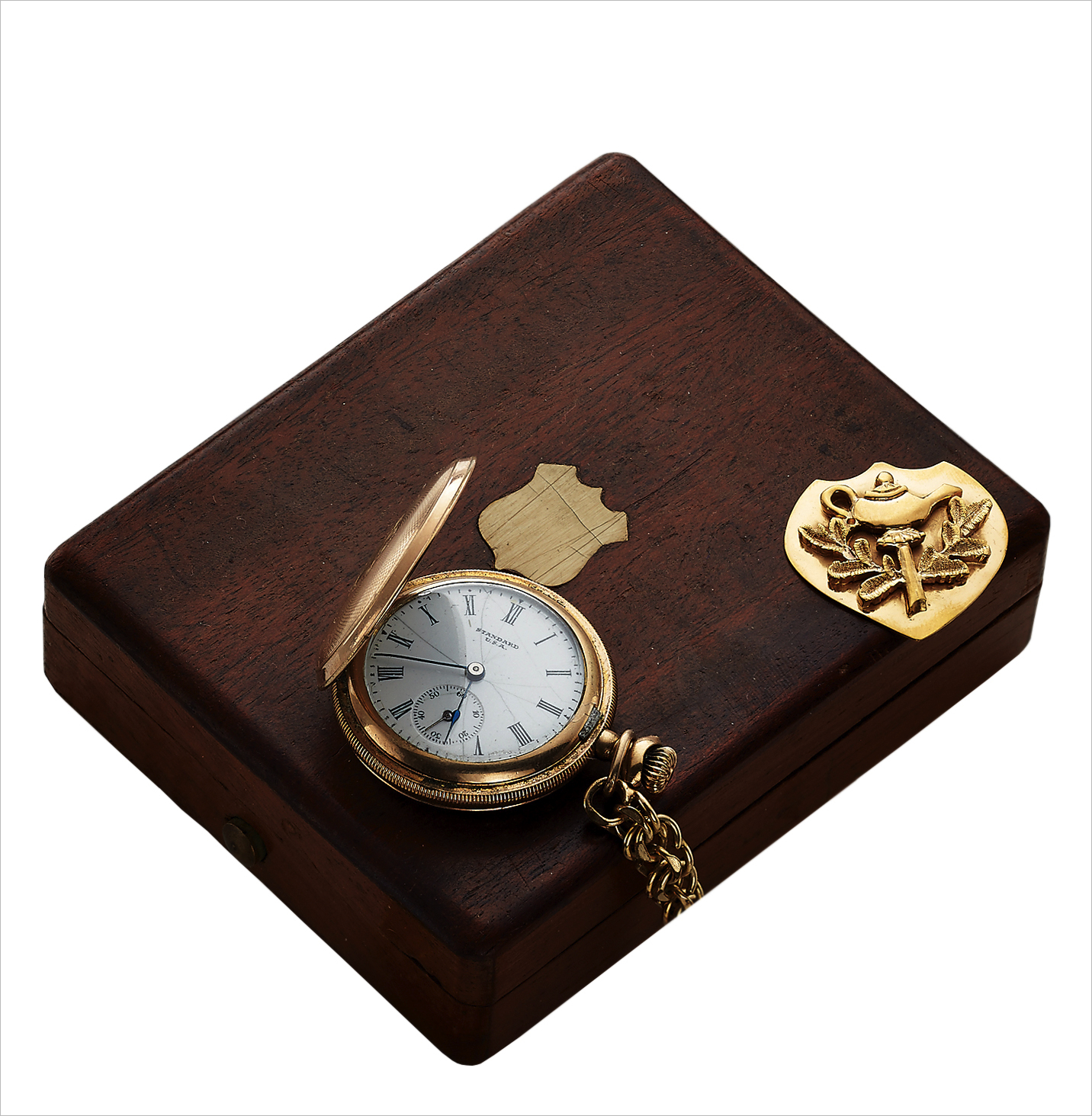 James Dean’s Elgin Pocket Watch Up For Auction At Antiquorum

James Dean’s prized possession was a pocket watch made by American watchmaker Standard USA with an American-made Elgin movement. Dean purchased the watch in late 1951 while he was a struggling young actor working in New York.

It was his first big purchase, and he was so proud of it that he had his initial engraved on the cover. He considered it his good luck charm and wore it while acting, including in his breakout film “East of Eden.” Dean eventually gave the watch to Tillie Starriet, a Warner Brothers employee who he met during the filming of “East of Eden.”