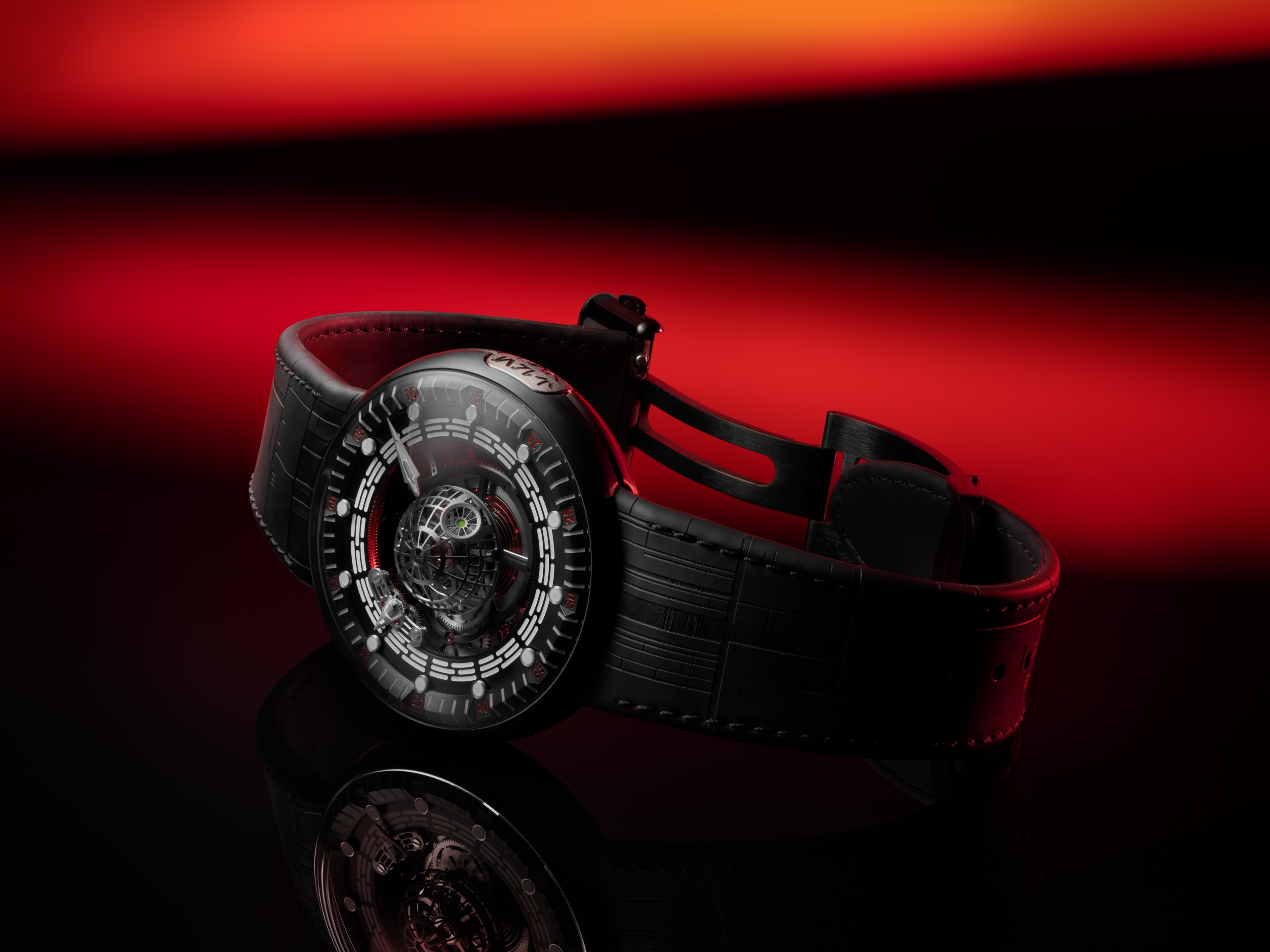 Kross Studio has partnered with another film studio to produce a collectible timepiece with a movie-themed design.

In December 2020, the Swiss-based company debuted the 1989 Batmobile x Kross Studio Desk Clock. For 2021, they’ve collaborated with Lucasfilm Ltd. on a Star Wars-inspired collector’s set. Each of the limited edition sets comes with a Death Star-inspired Tourbillon watch and an authentic kyber crystal movie prop from Rogue One: A Star Wars Story, which is housed inside an imperial kyber crystal container.

Interestingly, the orange aluminum, wood, and polymer container (pictured), required 732-parts and is scaled to half the original size (3.94 feet is the size used in the film). The container has been hand-assembled and hand-painted. Inside, are nine storage sections, three interior sections secure three removable capsules, containing the Death Star Tourbillon watch, three accompanying timepiece straps sets, and the genuine movie prop kyber crystal (officially used on-screen), as featured in the film Rogue One: A Star Wars Story. The other 6 free storage spaces within the container offer additional storage space for collectible items.

Developed from Kross Studio, which according to the company “is a full-fledged independent manufacture with a facility in Gland, Switzerland.” They machined the components and created the Death Star Tourbillon movement in-house. They also designed the capsules and container.” The 3Hz 27-jewel caliber MKS7000 is hand-wound movement and has a 5-day power reserve. The hour and minute hands have been attached to a peripheral display that orbits around the Death Star-shaped tourbillon. The crown has a non-traditional push-button design, featuring an engraving in Aurebesh script (one of the most widely used alphabets in the Star Wars galaxy) on the right case flank, and a D-ring shaped-crown on the caseback can be flipped out to wind the watch.

Straps are attached seamlessly to the case and hide quick-release buttons on the underside that allow quick changes between the included calfskin leather strap and either of the two other included rubber straps. The Kross Studio Death Star Tourbillon Collector’s Set is limited to 10 pieces and retails for $150,000.